I love speech! (or anyway, it's complicated): Parsing at 39

Parsing was published thirty-nine years ago in 1976 by Asylum’s Press, the press I started (with Susan Bee) to publish my first book, Asylum. There were under fifty copies made, xerox, side-staple.

The first part of the book, “Sentences,” is composed almost entirely from setences taken from two sources and both are oral histories: Working by Studs Terkel and Yessir, I’ve Been Here a Long Time: Faces and Words of Americans by George Mitchell. I lifted and arranged sentences from these vernacular speech transcriptions and placed them amidst sentences I generated myself. All the sentences in this first part are vernacular and start with an “I” or a “You” or an “It.” 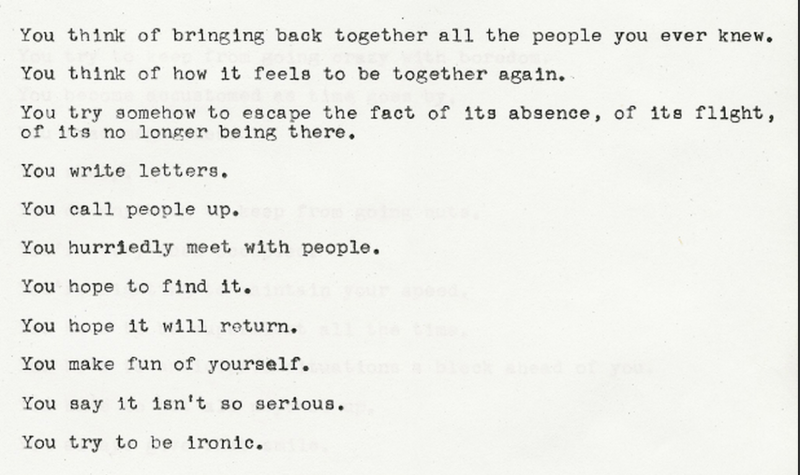 The final poem of the first section, numbered 1 and 2 is all based on first lines of Emily Dickinson’s poems. (The first one here is “felt to me — a wrong” in ED.) 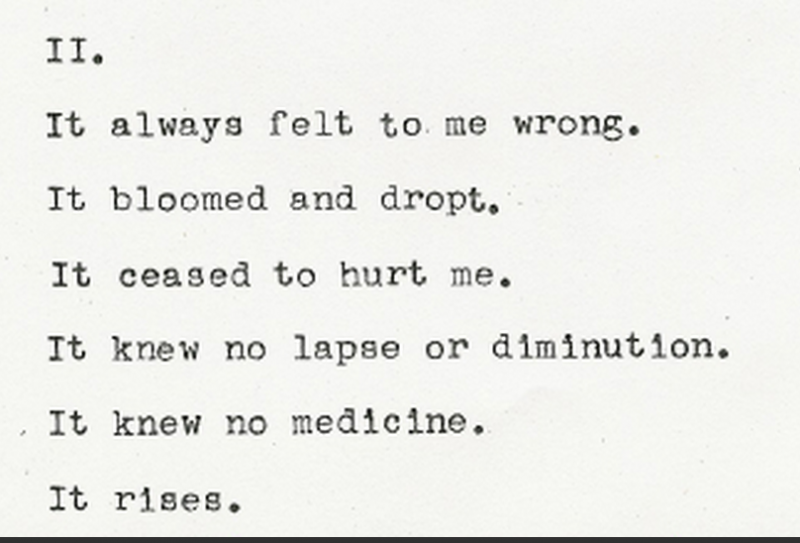 The second, “Parsing,” section, are “field” poems that don’t rely, as the first section did, on prior sources: 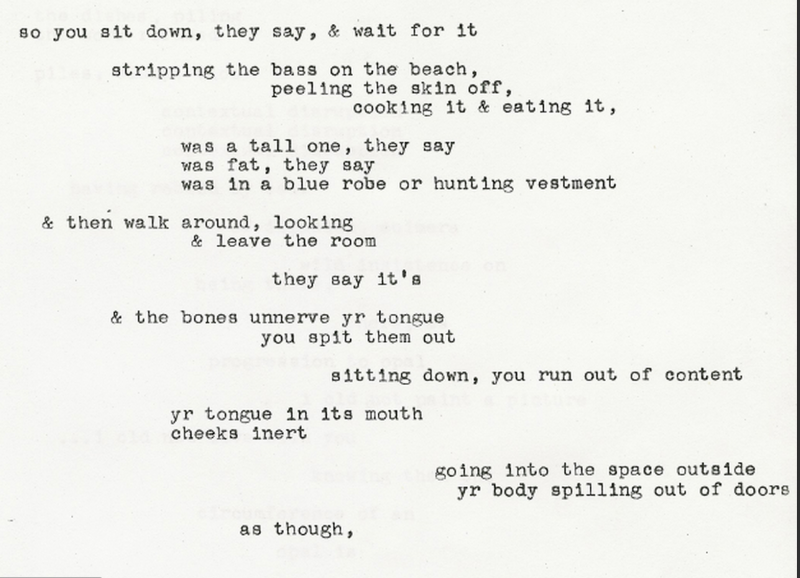 In “Roseland,” in the final part of the book, I used a David Antin talk (spoken) poem, “the sociology of art,” as my source: 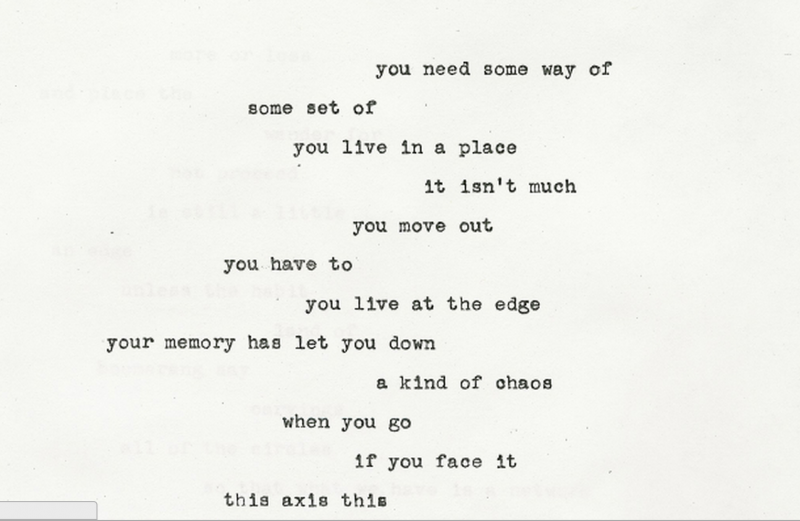 I discuss the composition of this book in an interview with Nie Zhenzhou, excerpted here; full text in Pitch of Poetry. Eclipse has a facsimile edition available but it is also included as the first part of  Republics of Reality: 1975–1995, published by Sun & Moon, and that remains in print and can be ordered from the press from Green Integer (paper and pdf). Republics of Reality was published fifteen years ago. It includes Parsing, Shade, Senses of Responsibility, Resistance, The Absent Father in Dumbo, and Residual Rubbernecking (350 pp.)

Levi Lehto translated the work into Finish. Informaton on this edition here.