Earlier this year I wrote about Rob Fitterman's "Holocaust Museum," Heimrad Backer's "Transcript," Christian Boltanski's "To be a Jew in Paris in 1939," and the documentary poetics of Raul Hilberg in a commentary called "The Picture Intentionally Left Blank." Like many, I resist the expressive deceptions of traditional memorials, which is why Maya Lin's Vietnam memorial is for me the more perfect embodiment of what is possible, not so much negative capability as negative dialectics. For this reason, I also appreciate Brian Tolle's Irish Hunger Memorial in lower New York (just a block south of Poet's House). I also turn again to Marcel Ophuls's Sorrow and the Pity, Raymond Federman's Take It or Leave It and, above all, Claude Lanzmann's Shoah.

Susan Bee and I were recently in Berlin, where by chance we stayed at quite near Ahava Kindersheim, the Jewish  children's home where Susan's mother took refuge as a child. As Susan 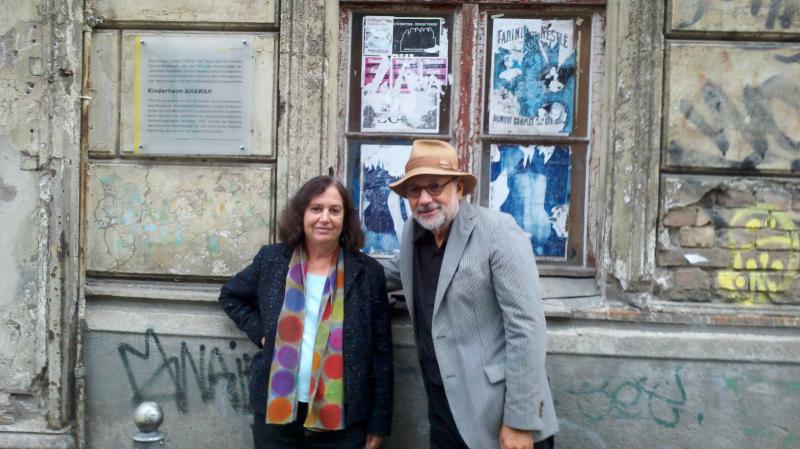 writes:  "My mother, Miriam Laufer, lived there from about 1927 to 1934, when she was 14 the whole home moved to Palestine, rescuing many of the children, including my mother. Ahava, which means 'love' in Hebrew, still exists in Israel." With this building as our touchstone, the whole Mitte district took on the quality of a memorial, a shadow world under whatever we were seeing. It is unlikely that people of our generation would ever be able, much less want to, get out from under this shadow. For this reason, the most powerful works of memorial art I found in Berlin were 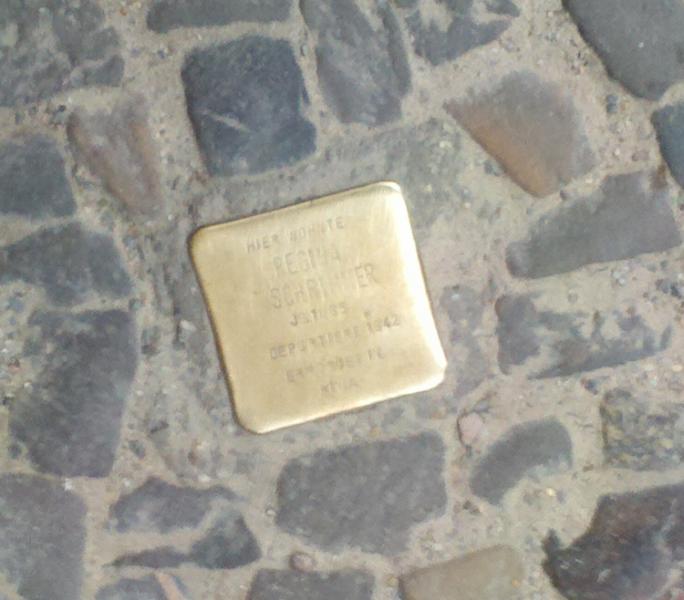 the dispersed "stumbling stones" (Stolpersteine)– small obtruding plaques embedded in pavement, created by Gunter Demnig. Each brass plate acknowledges one individual, noting that he or she lived just here, and giving date of birth and of abduction or murder (if known). This too is a more perfect memorial. And the snapshots, like my not very good one, become part of the process of mourning.

I was far more skeptical of the official Berlin memorial, Peter Eisenman's Denkmal für die ermordeten Juden Europa, which is in the center of the city. The afternoon we went, it was a mellow scene: Berliners ate their boxed lunches on the edge while children were blithefully playing tag, or maybe  hide and seek, amidst the unevenly sized and placed blank slates, which suggest grave stones without names (just the opposite of the stumbling stones: the abstract idea removed from concrete particulars). I was going to suggest that instead of a game of "Marco!!" –– "Polo"!! –– the kids try out a call and refrain of "Adolf!!"–– "Hitler!" –– but there was nothing about this site to disturb a child's sleep. Bland abstraction of this kind -- nothing troubled, nothing gained –– seems so well meaning as to be worst than nothing. Perhaps it was just as well that the underground information center was closed. 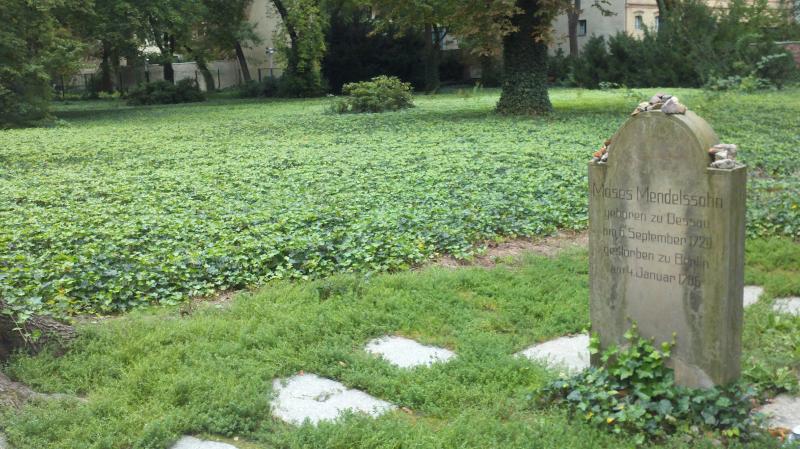 In contrast, the oldest Berlin Jewish cemetery (pictured also above) was not more perfect, it was just plain perfect. The gestapo had trampled the stones in this cemetery in 1943 and it has been left to its own devices, with the exception of  a replica of Moses Mendelssohns's grave and one extant original grave. 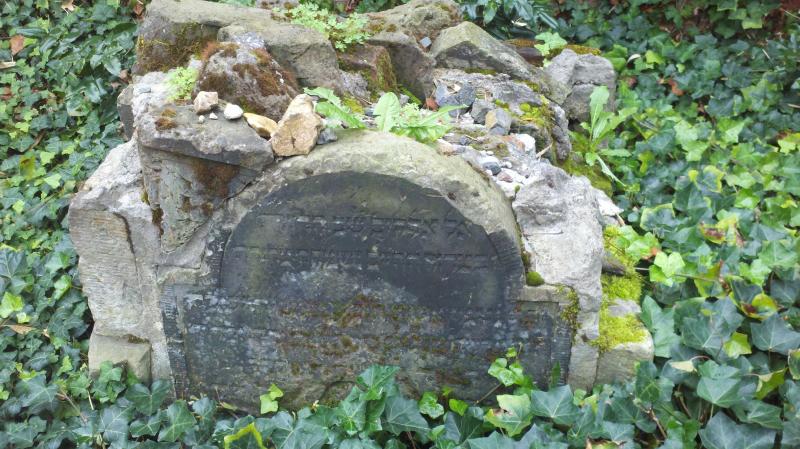