Shirley Jacqueline Kegel was the daughter of Birdie (Bertha) Kegel and Edward Kegel. Birdie had come on her own from the Russian pale of settlement to Brooklyn when her mother died; she was seven. She joined her father, who had started a new family in America. Edward Kegel was a successful Brooklyn real estate investor and rescued Birdie from that unhappy situation. My mother and her parents lived together in what is now called the Midwood section of Brooklyn (Ave. P near Coney Island Avenue). Tragedy struck when her father Edward died of streptococcus infection in 1927. Somewhere along the line, my mother changed her name to “Sherry.” She graduated from James Madison High School and then studied at the School of Home Economics at the Pratt Institute. Birdie and Sherry moved to what is now called Ditmas Park. Although my mother worked as a secretary (she was a speed typist and took shorthand) and clerk at Bache & Co. (brokerage) and then at a health food store during the war, she was also runner up to “Miss Subways” (she always said she lost the contest by nepotism). She met my father, Herman J. Bernstein (1901–1977), who was beginning to have some success in the rag trade, at a Catskill resort and they married on December 25, 1945. For the rest of her life, Birdie would live close by, a part of the immediate family. Her intimate bond with her mother was fundamental.

My brother Edward (Amber) was born in 1946 and my sister,  Leslie Gross, in 1948. I was born in 1950, at which time my parents moved to 101 Central Park West. After my father died, my mother took on the moniker of the “Sherry, Baroness Von Korber-Bernstein”; with her trademark hats, she was well known in the Warhol club scene around Studio 54. She was often photographed with celebrities and made a collection of hundreds of pictures with many notables of the time. She was celebrated for her glamorous, fashionable style.

My mother died in her own bed at her home on October 27, 2018, in the care of her family (especially the devoted attention of my brother and sister). She was 97 and thriving up until this summer.

Sherry Bernstein is survived by my brother, sister, and me and our spouses, Myriam, Donald, and Susan, and by Leslie’s children, Kyle and Kerrie and Kerrie’s children Sasha and Shelby and, by Edward’s daughter Kate, and by my son Felix (my daughter Emma, who was deeply devoted to her grandmother, as were all her grandchildren, died in 2008). 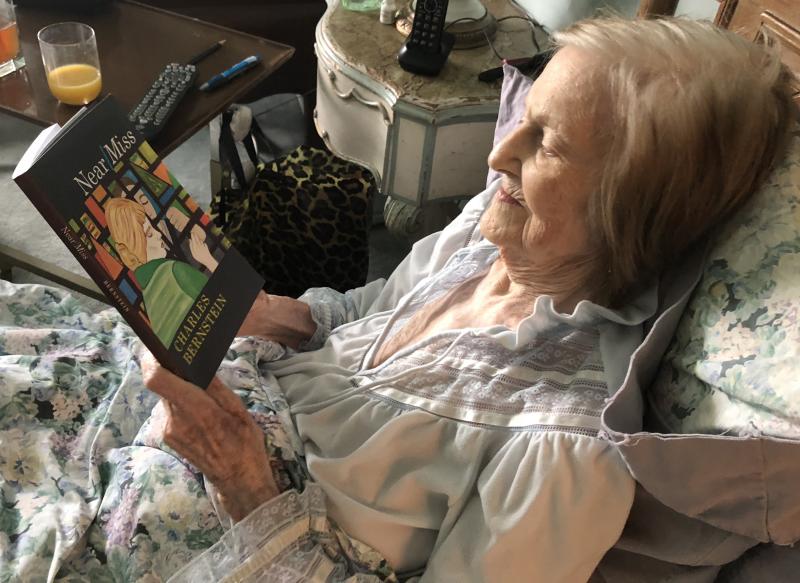