Doomed to Win: Susan Bee, paintings from the early 1980s

audio and video of conversation

Kat Griefen (curator of the show) interviewed Susan Bee at A.I.R. during Bee's show "Doomed to Win: Paintings from the Early 1980s," which runs April 3 to April 27. (Press release for show here.)

Susan Bee's paintings were discussed from the period between 1982 and 1983 in terms of the difficulties of getting this work shown. Griefen and Bee also discussed the formation of the feminist art movement in New York including at Barnard College and A.I.R. Gallery in the 1970s and 1980s. There were personal anecdotes about the struggle to be taken seriously by dealers. Also a discussion of the influence of the artists' parents, Miriam Laufer and Sigmund Laufer, who were also artists. The death of Miriam Laufer in 1980 was a turning point in Bee's evolution as a painter and marked a return to figurative painting from her work in abstract photography, photograms, and painting. Her work was also discussed in terms of the fusion of abstraction and figuration in these paintings. There was an examination of gender roles through a potent synthesis of competing modes of figurative representation and abstraction, along with provocative art historical and pop cultural allusions. For instance, "Portrait of the Artist as Young Pig" incorporates a trickster alter ego figure of the artist in the cartoon character of Petunia Pig. The fighter paintings were talked about as an examination of the struggle between women that characterized that phase of feminism. The painting, "Doomed to Win," which is based on a film still, alters the lead figure from a male boxer, to a possibly pregnant self-portrait of the painting. The issues and experiences that led to the creation of this body of work were discussed. 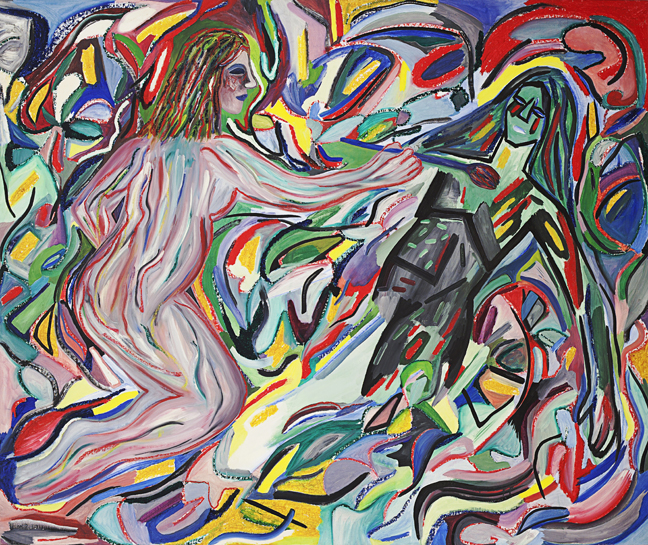 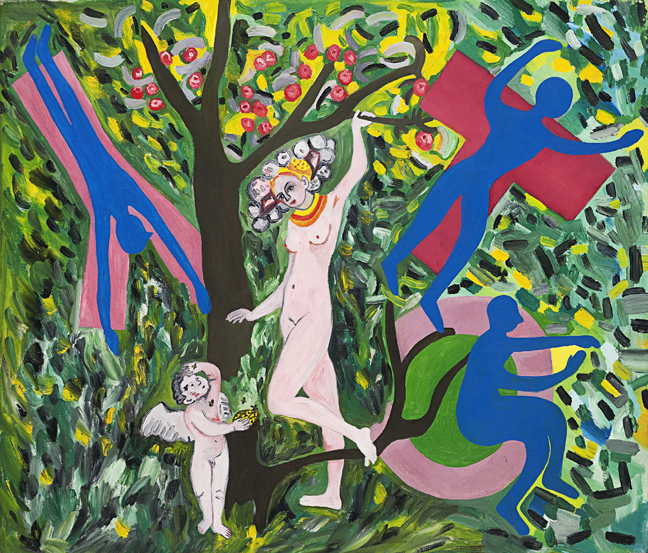 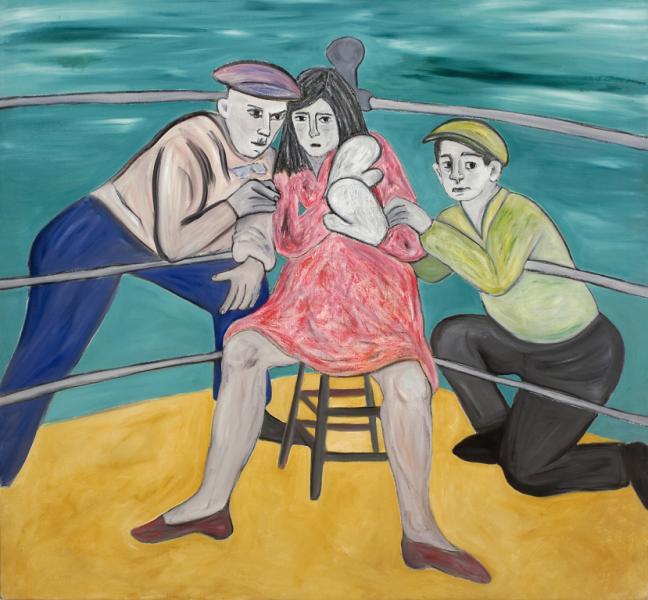 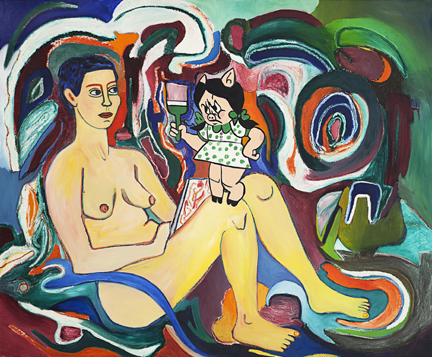 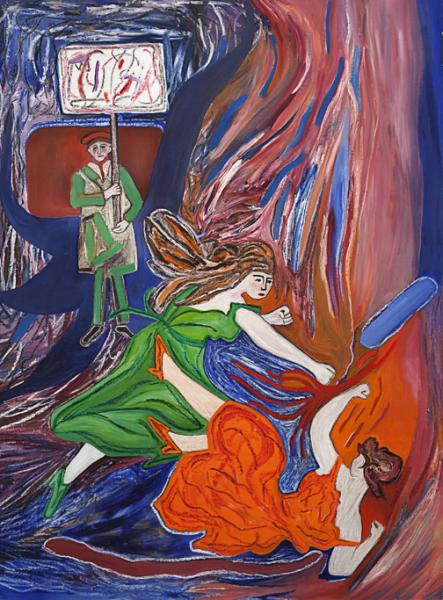 additional painting from the show at Sibila 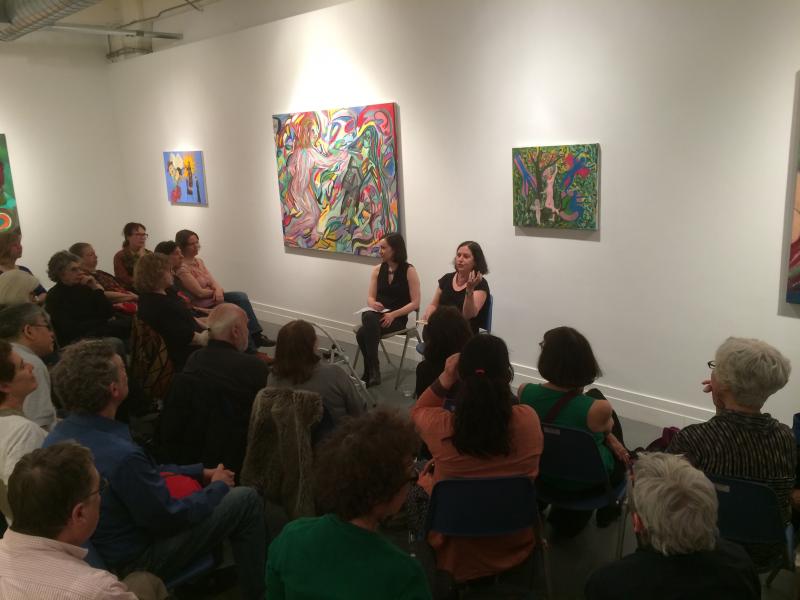