Jacket2 offers commentary on modern and contemporary poetry and poetics. We publish articles, reviews, interviews, discussions and collaborative responses, archival documents, podcasts, and descriptions of poetry symposia and projects. Not unlike a daily news forum, we will publish content as it is ready. Visit our index for an ongoing and comprehensive list of all J2 content.

A swirling life dance
A review of Mark Young, 'Songs to Come for the Salamander'
John Geraets
Forever is nothing
On Montgomery and Armantrout
Rob Stanton
Telltale misadventure
A review of Steven Seidenberg's 'Anon'
Mae Losasso
Minds of winter
A review of 'Dead Winter' by Matvei Yankelevich
David Kaufmann
Activist documentary poetics
On Susan Briante’s 'Defacing the Monument'
Olivia Milroy Evans
He who sees and listens
A review of Mark Weiss, 'A Suite of Dances'
Alexander Dickow

PoemTalk went on the road again, this time to Chicago, where Al Filreis convened Lisa Fishman, Gabriel Ojeda-Sagué, and Laynie Browne at the Poetry Foundation. Before a lively live audience, the four discussed seven short poems selected from Lisa Fishman’s recent book Mad World, Mad Kings, Mad Composition (Wave Books, 2020). They are: “Many People have heard” (51); “Others could tell the difference” (65); “Have sent a point” and “Who will confess that …” (73); “Taking a sick day to remember Mr. Fishman” (149); “A line through a forest” (150); and “Steering-wheel-in-the-field” (163).

Someone's got to keep this generation honest

The Golden Dot: Last Poems, 1997–2000 (Lithic Press, 2022) is a white-hot summation and extended last word of a poet who was most alone in the company of others and frequently his own worst advocate. The Shelley-infused lyricist, familiar to us from more than a dozen books across forty years, is still in evidence, but there is a newfound clarity and urgency to the work, which is like meeting a long-lost friend after decades apart.

Note: The youngest foundational Beat is having a revival. After a folio of new poems appeared a few months ago in The Brooklyn Rail, the full collection from which they were excerpted has arrived, and it couldn’t be more of a surprise — and a delight.

of colour commences in an apology. Rather, Katherine Agyemaa Agard suggests her text was born out of a failure to make a film about the African diaspora “or simply our diaspora. My mother and father and brother and sister and me.”[1] It’s come to this is the sentiment at the beginning of the text. It’s come to a textual object because another form failed.

The inception of this work is relationship.

Publishing is not pretty for women of color poets. Undue expectations. The need to speak on behalf of whole communities. Elusive second books.

The ability to see the self and one’s work in communion with one’s poetic ancestors is different from merely employing allusion or reference in one’s writing. Modernists like T. S. Eliot or H.D.’s friend/lover/mentor Ezra Pound made the past new by setting themselves among the dead and interpreting their work as such, to paraphrase Eliot’s essay “Tradition and the Individual Talent.” In works like Eliot’s The Waste Land, much of this deadness is referential. H.D.

With an introduction by translator Eugene Ostashevsky

Note: As a result of the horrific and unprovoked Russian invasion of Ukraine, there is a lot of resistance to “Russian” literature, music, art, everything right now. This is justified in the case of some writers and cultural figures. Yet there is also an increasing urgency to understand this war not in terms of nationalities in conflict, but in terms of empire, which always complicates ascriptions of nationality. There are Russian speakers on both sides of the conflict — inside and outside of Ukraine, and inside and outside of Russia.

Baraka at the American Poetry Archives

Steve Dickison, writer, teacher, and Director of the Poetry Center and American Poetry Archives at San Francisco State, manages a large collection of audio recordings dating back to 1954. He begins his contribution to the 2012 Naropa Summer Writing Program panel “Archival Poetics and the War on Memory” by discussing the difficulty of cataloging recordings so listeners don’t have to just “wade in unknowingly.” 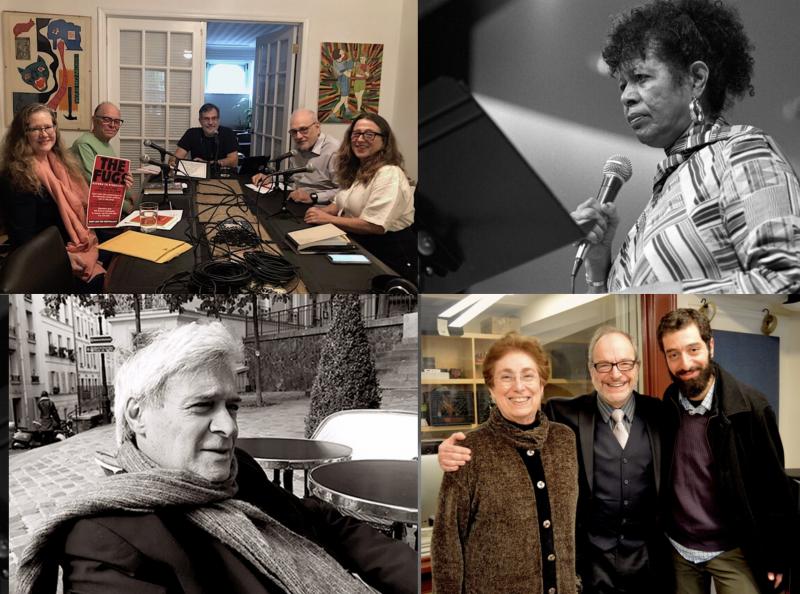 Recently a regular listener to PoemTalk — this person has listened to 60 or so of the 170 installments available — send us their favorite twelve episodes. We share them here: 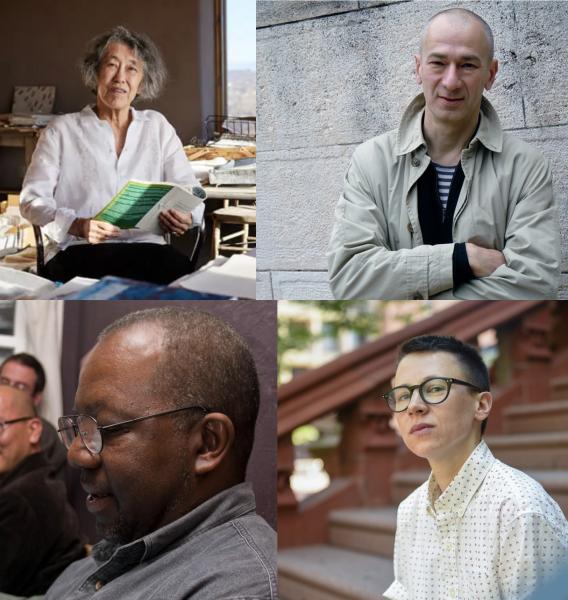 Here is a sampling of new recordings added to PennSound — and several older readings that we have now segmented:

The second is a 29-minute conversation “on location” (in the High Peaks region of the Catskill Mountains of New York State, not exactly Robert Frost country) in which Laynie Browne, Al Filreis, and Stephen Metcalf talk about Frost's poem "Birches." The three converse while walking on a trail along Biscuit Creek in Ulster County, some 2100 feet up.