Zeyar Lynn poems:
"My History Is Not Mine": MP3
"Slightly Lopsided but a More Accurate Portrait": MP3
"Big Sister Have You Been to Laiza": MP3

Bones Will Crow: 15 Contemporary Burmese Poets, edited by ko ko thett and James Byrne and just out from North Illinois University Press, is a game-changing anthology and one of the best anthologies  I have seen in years. Much credit goes to the translators, who have 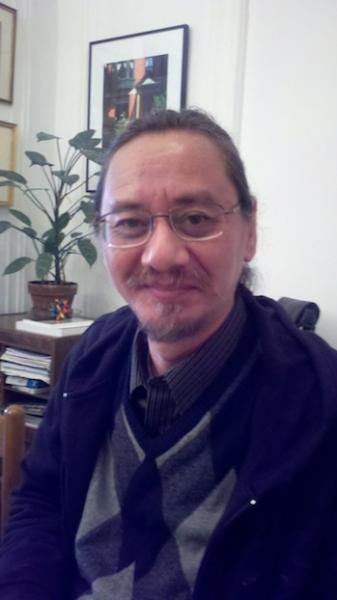 created works in English that are precisely and wittily connected to contemporary innovative poetics in English.More remarkable,  many of the Burmese poets in this anthology are in a dialog with poetry inside  and outside of Myanmar and seem to have at their disposal the full range of formal choices, tones and techniques, that we work with on the other side of the globe. This anthology is neither Western or Eastern but something far more remarkable: neither or both/and. It speaks to and in a nonnational present in poetry and establishes definite lines of affinity that are much greater between us than we may have with many of our fellow poets in our own countries.

The presiding spirit of the anthology is Zeyar Lynn (right), who spoke at a May 5 PEN event and the next day on Close Listening (links below) with great lucidity about the situation of contemporary Burmese poetry. As I heard Zeyar Lynn speak I felt an uncannily immediate engagement with his views; we are in the same conversation. Of course, this is partly because Zeyar Lynn is so conversant with the expanded field of L=A=N=G=U=A=G=E  (see his Jacket2 essay from last year on this point). But this itself is possible because we share a common set of readings and literary traditions, as well as a very divergent set.

Some highlights from Bones Will Crow:

Not unlike fish
Which do not know they live in the water
Humans
Know everything
Except ignorance. 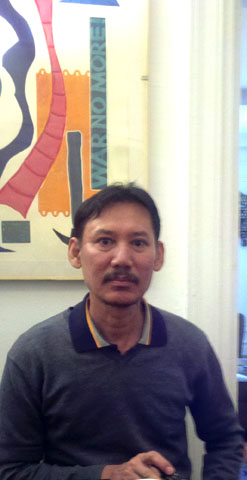 §Khin Aung Aye (b. 1956) (pictured left), who came to New York for the PEN launch and for Close Listening and has some of the wildest work in the anthology -- prose-format pastiche of pop culture, Marxist cant and cans and can'ts. (Khin Aung Aye and Zeyar Lynn read this poem on Close Listening): 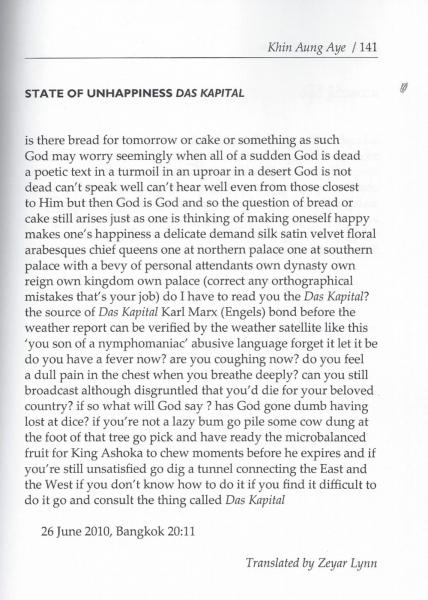 §ko ko thett (b. 1972), the collection's co-editor and main translator: see his "Funeral of Rugged Gold" that I published at Sibila. He lives in Vienna and writes in English. Commenting on the discussion of the elasticity of American identity in the Zeyar Lynn Close Listening program, ko ko thett writes: "Unfortunately  we Burmese do not have such a pride due to the failure of state building that entails building a consensual sense of national identity. To this day most Burmese citizen's primary identity remains ethnicity or religion (that is now being negotiated with their ideas of global citizenship). 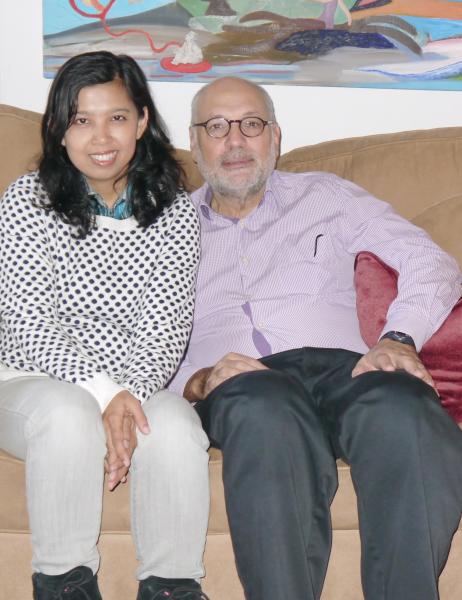 Pandora –– a true delight in this collection –– recently published Tunign, an anthology of Burmese women poets, &, with Trisha Low, is working on an exchange between U.S. and Burmese poets. Zeyar Lynn reads her marvelous poem "The Daft" on the PEN May 5 recording.

§The anthology, ordered chronologically, starts out with Tin Moe (1933-2007). Here is a stanza from “The Years We Didn’t See the Dawn” (tr. Vicky Bowman):

Along the shore,
Gathering up fallen blossoms,
Drinking water from the spring, this joy I had;
But having is but for a moment
Not having is for a lifetime –

It is the space of “not having” that we share across worlds. 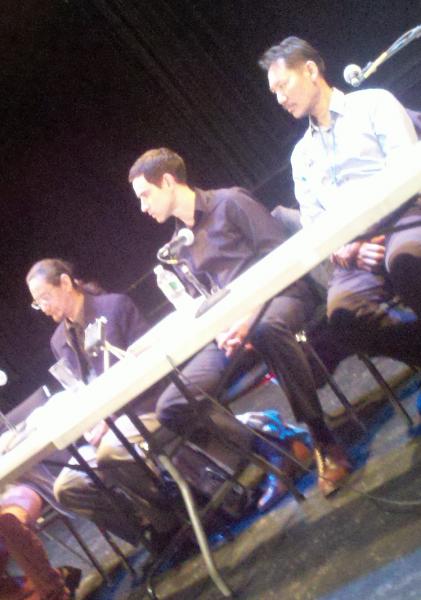 Zeyar Lynn (left) & Khin Aung Aye, along with anthology co-editor James Byrne, read poems and talked about contemporary Burmese poetry at a launch for Bones Will Crow: 15 Contemporary Burmese Poets. PennSound recorded the reading, which took place at the New York Public Theater and was part of the PEN World Voices festival: