Susan Bee and I went to Ian Hamilton Finlay and Sue Finlay's "Little Sparta" while we were in Scotland earlier this month. No manner how many pictures I had seen, nothing prepared me for the this work as and in its environment.

Every placement situated and complicates the meaning of the works, as much as do the visual and sculptural setting of the words (or the verbal extensions of the visual/sculptural works). The play between the wild and the tame, nature and garden, language and artifice, the way the words are naturalized and nature made artificial was astounding. Surely the best visual/verbal/environmental work I have seen.  It all starts with a 1/2 mile hike from the road to the gates of the garden -- making Little Sparta seem like an oasis on the horizon, a mirage so far off that at first you can’t see it. We had a perfect, sunny, Fall day, where the Scottish countryside itself looked like an throbbing hallucinogenic vision of the pastoral, a sense heightened by the way the "outside" was sited by the garden's maze-like paths and the placement of the works along the ways.

I found much of the work quite funny – a golden Roman head on the ground that suddenly pops into view (turns out to be Apollo), the stone hand grenades adoring either side of an arch (see last picture below with Finlay). The tranformation (by natural causes) of Kierkeggaard's "dread" either/or (in sliver and gold) to "dither/or"; OED on dither –– "Orig. chiefly dial., to tremble, quake, quiver, thrill. Now also in gen. colloq. use: to vacillate, to act indecisive"; so Little Sparta is then also a work of process art. (Even what is writ in stone is mutable; the Spartan meets its mischevious match in nature.)

Reading about Little Sparta, I had expected something more severe, even unwelcoming, something more, well, Spartan. This was not at all the case. Whatever severities has their counterpart in fragility and decay. Works even of stone were part of a cycle of transformation and decay.

The earliest works using the Greek alphabet were inscriptions on stone, epitaphs, and this early history of writing was an ongoing motif at Little Sparta. We think now of inscriptions on stone as being monumental, but this was not the case with early Greek epitaphs. In Little Sparta, the inscriptions echoes the figuration of rock, water, tree, and shrub on the ground. “Eclogue” is a small square enclosure, it’s three stone side walls, with inscriptions, suggests the lines of a stanza whose title is written on the small entry gate. 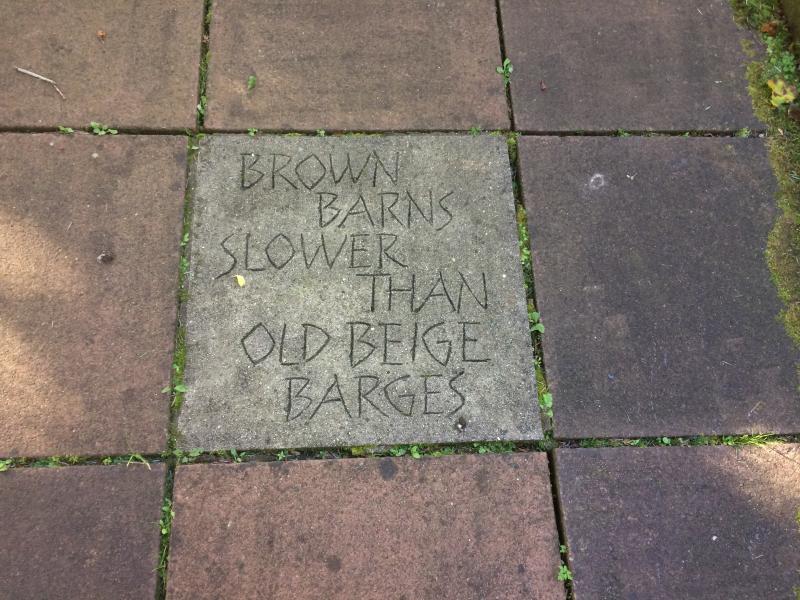 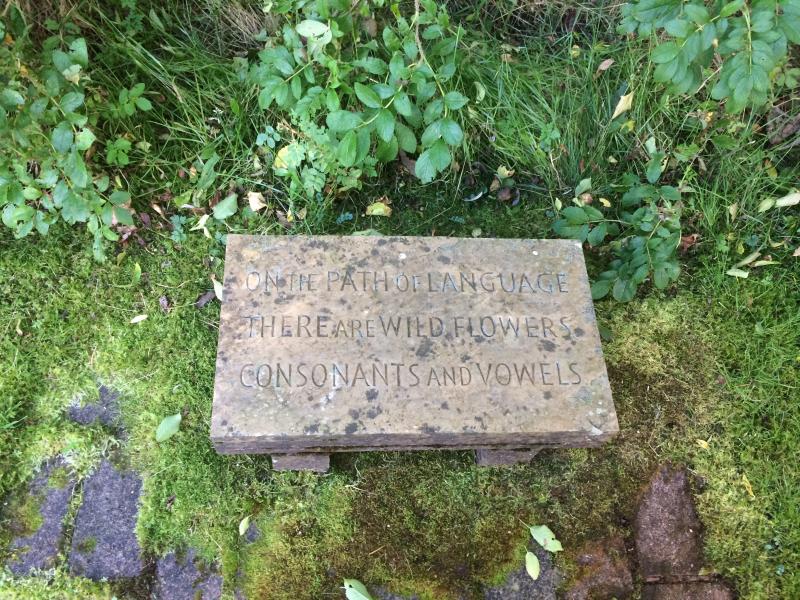 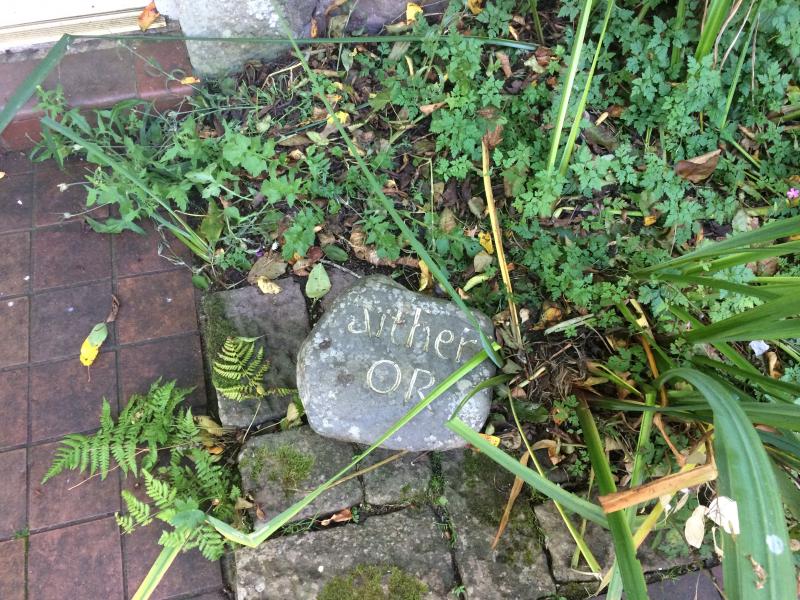 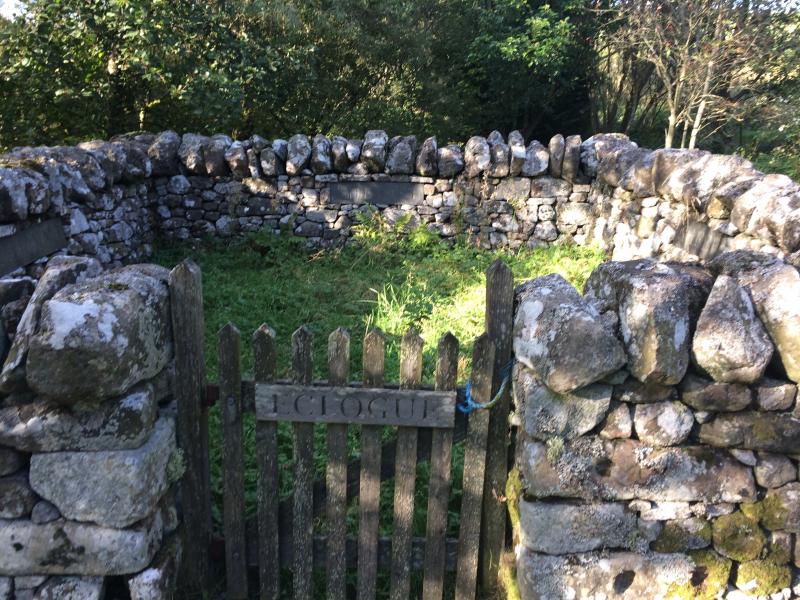 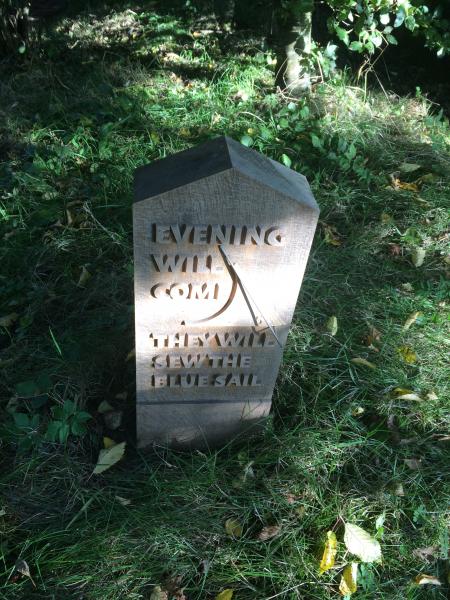 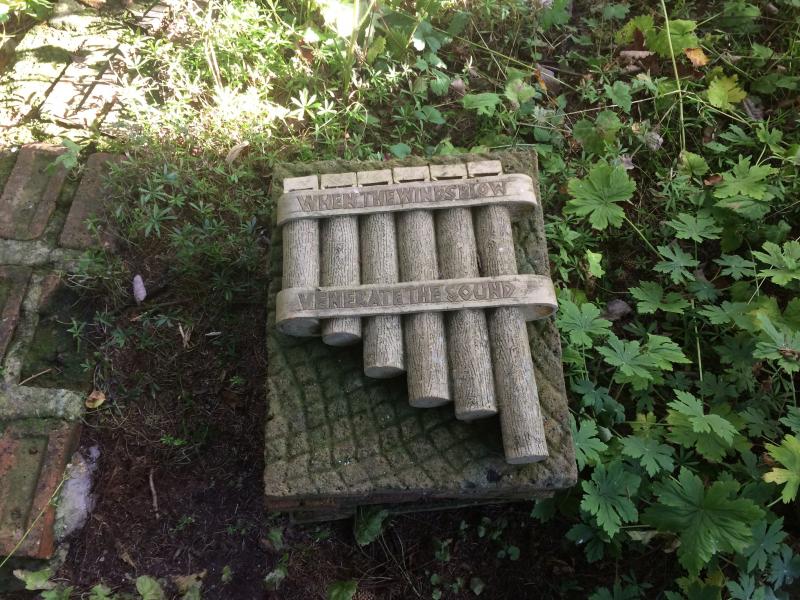 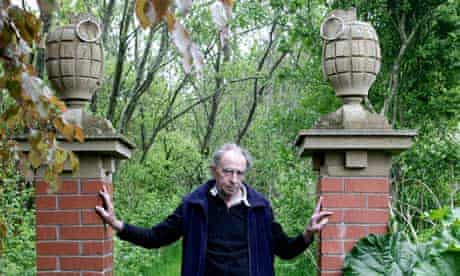 All photos but this last one by me. This one from The Guardian.