I am pleased to announce the release of the third volume of Maxwell Clark's poetry published by the EPC Digital Library. Read the pdf here.

Maxwell Clark is writing among the wildest lyrics of any American of his generation. He is as engaged with sound as he is with critical philosophy, with the necessity of impossible thought and with the striated textures of daily living. Clark is an inhertor of the poetics of Hannah Weiner and John Wieners: it's as if  John Clare was in coversation with Emmanuel Levinas during some very unordinary, long dark nights in New Haven.

Maxwell Owen Clark was born in Tarrytown, NY on October 29th, 1984. His family soon after moved a number of times, through Pittsburgh, PA and Memphis, TN, among other locations, until eventually settling in Fairfield, CT during third grade. Clark spent the rest of his childhood in Fairfield. As early as 12, Clark began to suffer from crippling bouts of a major depression. He nonetheless somehow managed sometime after to attend college at the University of Vermont and then Yale, but in the midst of these studies suffered a very severe psychotic break. From then on he was not to go a year without hospitalization for intensely difficult psychiatric reasons and risk of suicide. His current diagnosis is "Psychosis (Not Otherwise Specified)"---an officially recognized disability by the United States government, which makes it rather impossible for him to work, and leaves him dependent on below-poverty-line social security benefits for survival. He has also spent the last decade of his life, since his psychotic break, as a painter, poet, and musician. He lives in New Haven. 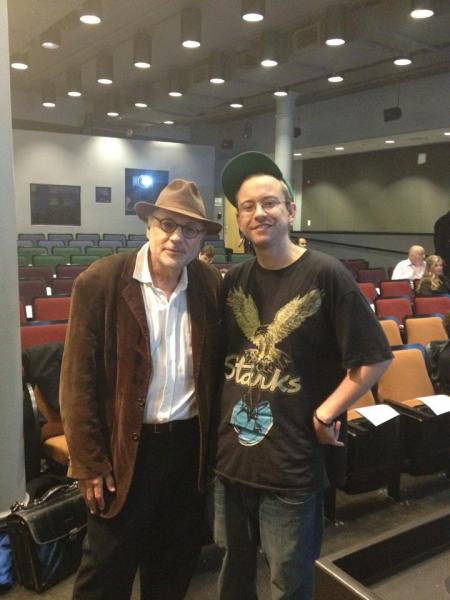