This episode of PoemTalk features a poem by Daphne Marlatt called “Steveston, B.C.” We were joined by Davy Knittle, Jane Robbins Mize, and Karis Shearer. The poem is in a sense — although not quite exactly — the title poem in a much-admired book published in 1974. Steveston sits at the mouth of the South Arm of the Fraser River, near Vancouver, British Columbia. In 2001 Ronsdale Press published a new edition of the book, with a new poem and photographs by Robert Minden. That volume is an easily accessible source for our poem. Another is Intertidal, The Collected Earlier Poems, 1968–2008 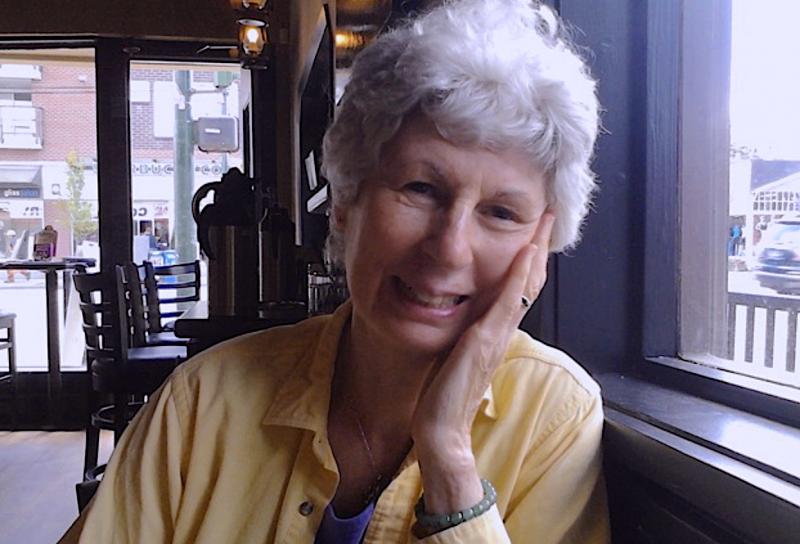 (Talonbooks), a volume of 560 pages of Marlatt’s poems, including, of course, all of Steveston. PoemTalk listeners will note that occasionally we will discuss a work by a poet about whom we’ve already devoted an earlier episode. This time we’re returning to the poetry of Daphne Marlatt just fifteen months after an episode about her poem “Arriving” from Here and There of 1981. Those fifteen months not unwittingly bracket either side of the several collateral-effect crises caused by the 2020–21 pandemic and several new rounds of global awareness about impending climate change and its causes. The previous Marlatt episode of PoemTalk was recorded with Daphne Marlatt herself, along with Fred Wah and Meredith Quartermain, in Vancouver during a visit there by the PoemTalk team in January 2020. We have returned to this body of work so relatively soon because the issues raised by Steveston — industrial devastation of waterways, migrations of exploited immigrant labor, the human concept of home, the malignant politics of settlement and resettlement, commercial and technological abuse of unfailing animal instinct — seem particularly urgent and relevant. Our recording of the poet reading her poem was made specially for this program; we at PoemTalk are grateful to Daphne Marlatt for that and so much else. (Above: Daphne Marlatt, photo credit Kit Marlatt.) 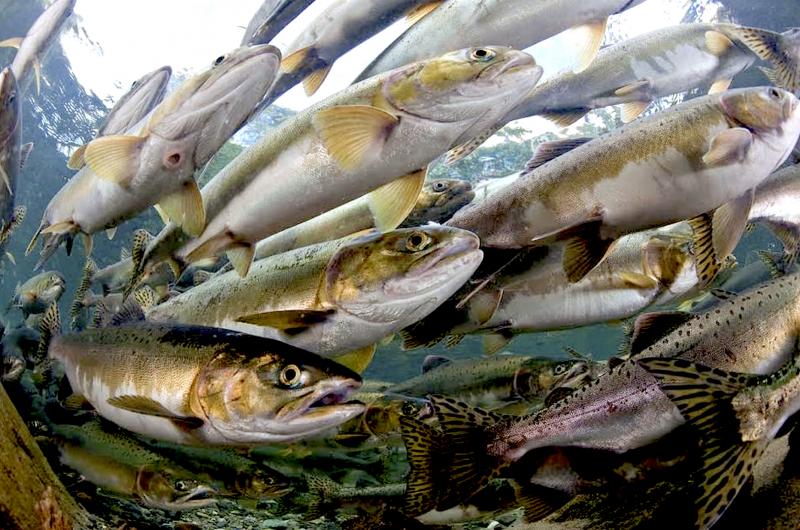 We hope you will stay tuned right up until the end of the conversation. Instead of our usual concluding segment, “Gathering Paradise,” Al asked each of his interlocutors to talk about a personally significant river, lake, bay, etc.

The text of “Steveston, B.C.” can be found HERE. Daphne Marlatt’s PennSound page can be found HERE. And the previous Marlatt episode of PoemTalk, titled “Rousing Earth to Excel,” with audio and video recordings of the Vancouver session, is available HERE. (Above at left: A fish-eye lens underwater records Vancouver Island salmon returning to spawn.)

This 163rd episode of the PoemTalk podcast series was recorded and engineered, via Zoom and various better-quality post-production audio augmentations, by Zach Carduner. PoemTalk is a collaboration of PennSound, the Kelly Writers House, the Center for Programs in Contemporary Writing, and the Poetry Foundation. We are grateful to Janet Cheung of the Poetry Foundation, and to Nathan and Elizabeth Leight for their support of our work on this podcast series at the Writers House.