Al Filreis, Anna Strong Safford, Zach Carduner, and Chris Martin took PoemTalk on the road — to London — where they met up with Stephen Willey and Luke Roberts at Birkbeck University of London for a discussion of a long poem by Sean Bonney called Happiness. Twenty pages of Happiness were included in Bonney’s book of 2015 titled Letters Against the Firmament. The group focused on the first four pages or poems or sections of Happiness (pp. 120—23). Sean Bonney’s PennSound author page hosts three different recordings (two audio and one video) of his readings from this long poem (1, 2, 3). The version used here was the one recorded in London in 2011. A video recording of this episode has been made in addition to the usual audio; that video can be watched here and is also available via the player window below. 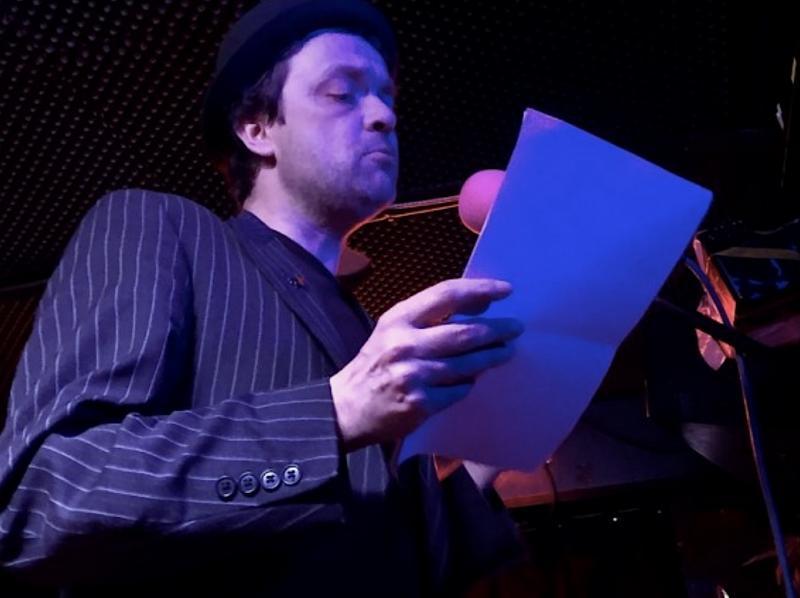 The episode is longer than usual.  There were a number of issues to cover: language as an enemy; the alphabet as having the potential “to combine into malevolent forces” (as Luke puts it); the importance of dates and sources and historical lineages to radical-left poetry; the failure of the sort of political poetry that effects “mere bourgeois anti-communication”; conversely, the inadequacies of sloganeering verse; the antithetical model of post-revolutionary (post-Communard) consolidationist aesthetics; poetic sound or noise as a form of resistance (but only up to a point); the revival of Leninism through a projection of Marxist texts onto Rimbaud’s deformations; the poem as potentially the opposite of austerity; and insurrection as value.

We are grateful to Stephen Willey for hosting us at Birkbeck University of London, and to Luke and Anna for filling in for two colleagues (see more, below) who were unable to be with us. Video and audio production was done by Chris Martin and Zach Carduner. PoemTalk is supported by a generous grant provided by Nathan and Elizabeth Leight and is a collaboration of Kelly Writers House, PennSound, and the Poetry Foundation.


Click on the scans below for a larger view of the text. 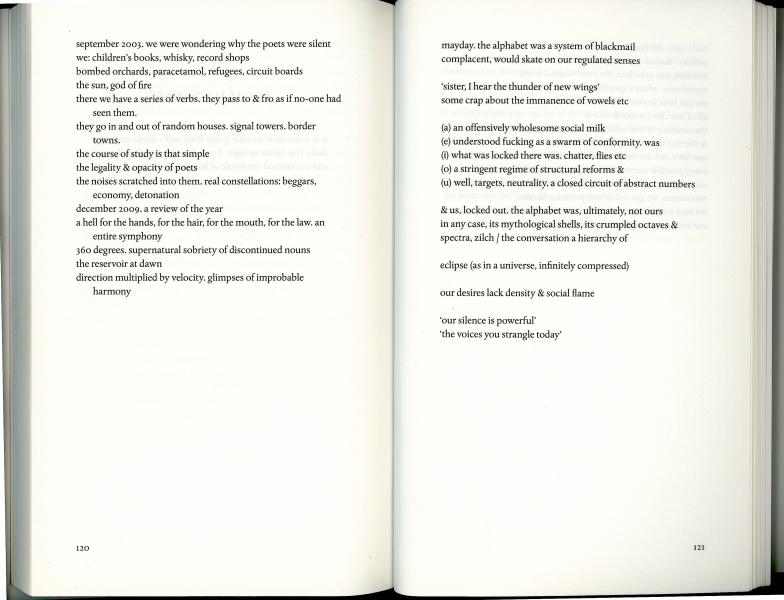 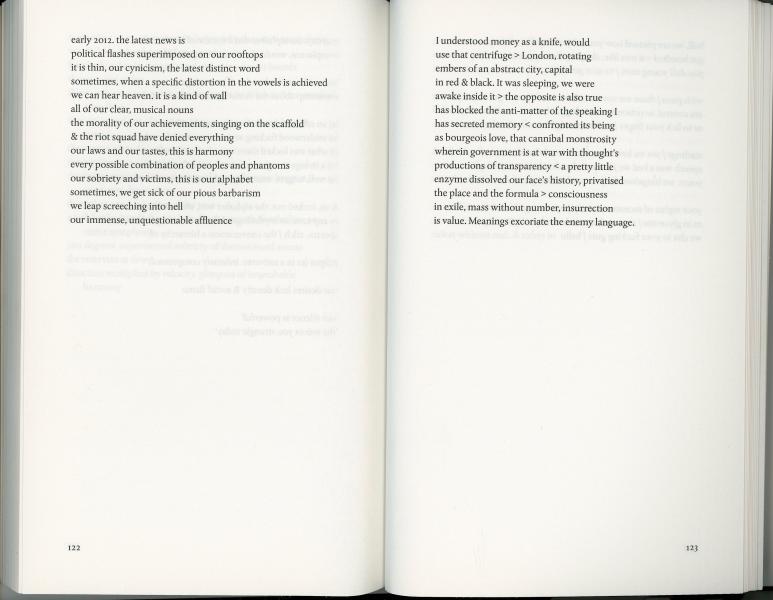 Peter Middleton and Andrea Brady had planned to join this conversation about Happiness but, alas, each fell ill and was unable to come. Peter’s notes, however, were extraordinary helpful; with his permission, we quote variously from them here:

The book conveys many of the raw angry affects that circulated around the decision on Brexit, though Bonney is clearly a strong European, he registers the widespread popular anger with austerity, lies, and exploitation that drove many voters in the opposite direction. Bonney’s own politics is clearly close to those of Occupy.

One of the most powerful moments is the account of the narrator’s paranoia about having closed curtains at the start of the working day — after a famous Tory speech demonising those in need of unemployment benefits as workshy people whose curtains are still drawn while others go out to work.

To his friend: “I get so incensed when you chastise me for the violence in my work. I mean, what do you dream about?” (p. 40) — so the violence is Blakean, a war of the contraries, a plasma of the imaginary.

Sharp satire: “George Osborne, god of love.” Osborne, a journalist before he became a politician, implemented an economic policy of very dubious legitimacy, based on “austerity” or massive government spending cuts and tax cuts to the wealthy, that stifled economic recovery. Lord Browne a figure of loathing. (He was chairman of BP the oil company, and fought a court case to try and suppress publication of details of a gay relationship and possible misuse of company funds).

Page 123: “enemy language” — oddly ambiguous. Does it mean that language is the enemy, or we are hearing the language of the enemy (who, what)? Many references throughout book to the idea that language can be infiltrated, a tool of surveillance, violence, as well as a zone of hope or harmony.

For Bonney, hell is the extreme wealth of the nation.

Bonney uses a deft parataxis that keeps the reader on their toes, sometimes the lines enjamb, sometimes abruptly switch to another topic, tone, and music.

The influence of Rimbaud very strong, especially Une saison en enfer — in which one of the themes is “happiness,” its possibility, delusions, limitations, desirability. In earlier books, notably Baudelaire in English, this influence of late 19C French poetry is also strong. In this book the free translations are printed and overprinted and partially erased so that the idea of a struggle to find articulation and to be heard, an obstructed transmission from one language to another is very visible.

Phantasmagoric landscapes where the assurances of normativity are lost. 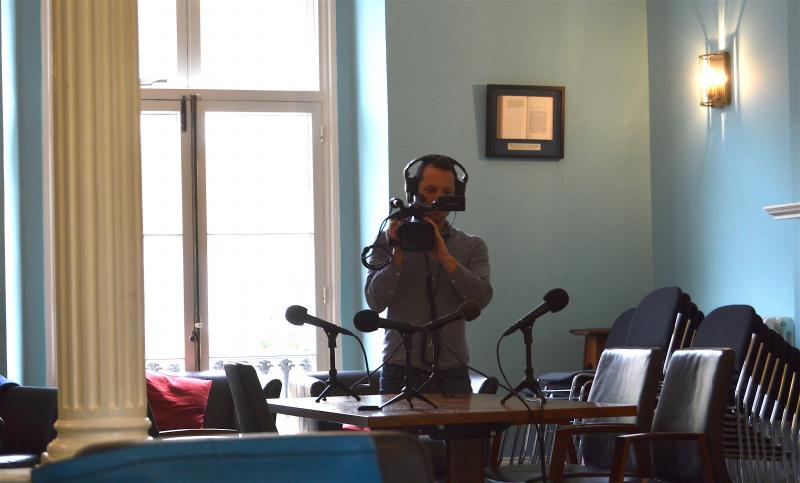 Zach Carduner getting ready to film this PoemTalk episode, Birbeck University of London.