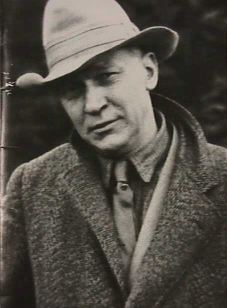 Many of us read Vachel Lindsay in school — at least until he was removed from the anthologies. Few of us have heard the recordings of Lindsay performing — not just reading, but truly performing — his poems, “The Congo” most (in)famously. So we PoemTalkers decided to try our hand at the first section of Lindsay’s most well-known poem. Al suggests that readers and listeners must attempt to “get past” the obvious racism (even of the opening lines), but Aldon Nielsen takes exception to that formulation, and off we go, exploring the problem and possibilities of this poet’s foray — Afrophilic but nonetheless stereotype-burdened — into African sound and, more generally, the performativity of a culture.

Charles Bernstein finds this “one of the most interesting poems to teach,” and adds: “[Lindsay] felt there was something deeply wrong with white culture, that it was hung up, ... that it was disembodied, that it was too abstract.” All the problems of the poem, Charles notes, remain present when one reads or hears it. It’s all there. It’s not a “bad example” of something; it makes its own way (or loses its way) in the modern poetic tradition, as it is. 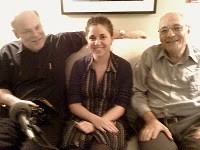 What can Lindsay teach us today? Michelle Taransky is sure that young writers can learn from Lindsay’s experiments, and not just in sound — but also in the way he uses marginal directions, which serve as performance (or production) cues. She commends Lindsay for making available to us the realization “that a poem doesn't have to be read in a monotone way…and that they [young poets today] can read a poem in a way that seems appropriate to them at that time.”

Aldon doesn't want to “get past” the tension between Lindsay’s desire to make a progressive statement and the racist content in the poem; as a whole, this work creates a tension that “absolutely at the core of American culture.” Aldon is hesitant to use the phrase “teachable moment” (which during 2009 has been a phrase that is dulled from facile overuse in “ongoing conversation” about race) but that —teachability — is about the sum of it: to teach this poem is to gain access to a central American discussion.

Aldon cues up for us an excerpt from Dead Poets Society in which the boarding school boys under the spell of their charismatic English teacher perform “The Congo.” We play audio from that moment in the film and discuss it, so be sure to listen all the way to the end.

Lindsay’s 1931 reading of “The Congo” — all three parts — is available on our Vachel Lindsay PennSound page. Be sure to have a listen to them, and also to one of our favorites, “The Mysterious Cat”. It’s 57 seconds of vintage Vachel performance — very nearly a sound poem. Here’s a link to the text of the first section of “The Congo.”

We at PoemTalk and PennSound are grateful to Nicholas Cave Lindsay, who has, through the Estate of Vachel Lindsay, given us permission to make recordings of the poet available to everyone for free.