Simone White, 'Of Being Dispersed'

Rachel Zolf, Eileen Myles, and erica kaufman joined Al Filreis to talk about four short poems from what was then an unpublished typescript of a new book by Simone White. The book is Of Being Dispersed, now available from Futurepoem. White performed these and other poems from the collection at a Segue Series reading at Zinc Bar in New York on January 11, 2014. Her PennSound page includes this reading and others. 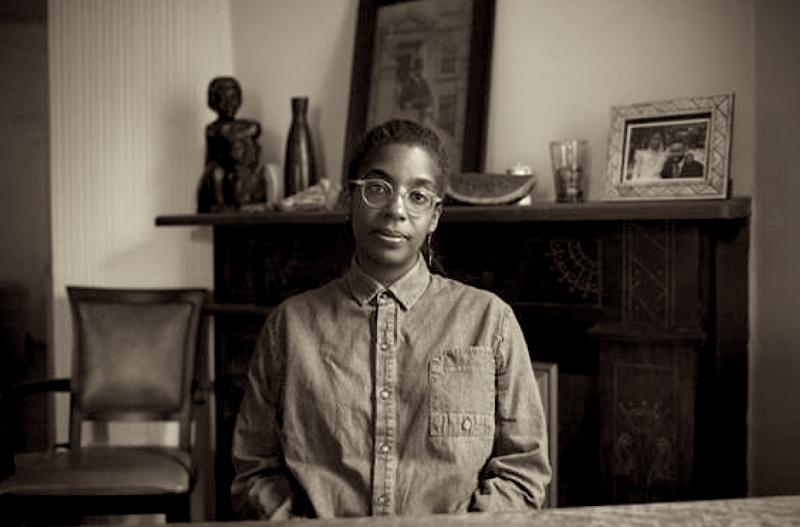 The work responds in part to George Oppen’s Of Being Numerous. Numerousness, pluralism, plenitude of subjects, objects, and sources, are certainly inclusive influences — but are also extended and even defied here by the agony and ferocity of dispersal, the sexual and racial sense of being pushed out. That pushing out, and subsequent closing, might doubt easy numerosity; after all, it births, brings into being (linguistically and in the stories behind several of the poems). Rebuke thus entails verbal play, urgently at times. The pea that discomforts the princess (in a poem, Rachel contends, about the necessary flagrancy of a sworn-closed cunt) is wicked. There’s birthing, and angry yet worried mothering — but there’s also (in a pun Rachel also points out) kidding. The four poems we discuss seem quite different at first, but in the end the group is able to generalize, we hope helpfully for our listeners, about White’s wonderful but perhaps challenging writing: the poems are about race, diaspora, and sexuality — and the playful, shameless ferocity that seems to her to be the necessary kind of language for engaging those categories together. And, erica and Eileen add, a fearlessness in letting poetic revery in ("it is an orange blossom, it is a rose hip / under a baby tongue").

PoemTalk #103 was recorded and engineered by Zach Carduner and was edited by the same talented Zach Carduner. Eileen Myles’s visit to the Wexler Studio came at the end of her three-day visit as a Kelly Writers House Fellow, a stint that featured a reading and an interview-conversation moderated by PoemTalk’s founding producer Al Filreis.

[four poems from Of Being Dispersed]

There was a time I hardly went three steps
Except another black girl was with me.

Mother. Always lonely. I am always.
Mother those girls. Forty-two.


It Must Be Shameless

Apart disclaimed wicked pea, split soft skin
of the principle princess, who writhes,
a little blood passes her perineum every night,
grey linen sheets flax talisman plot luxe
to strip and scrub all gore
a plain bar of secret white soap
it is a pine tree, it is an orange blossom, is it a rose hip
under a baby tongue, blood cuts
punisher, swear it closed, closes it