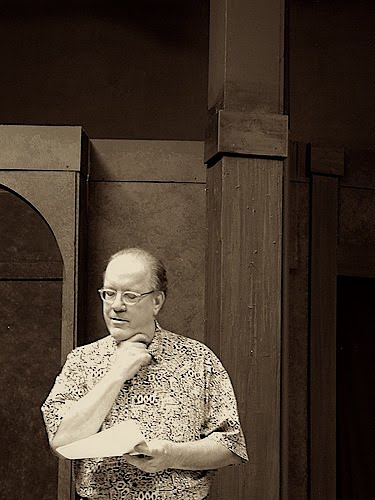 “Center” might be an internalized monologue; such self-formed speaking permits the non-sequitur. At the same time, though, the poem’s eschewing of beginning, middle and end reminds Chris of the permutation work that the digital poets have been doing in recent years. “It reminds me of certain works I’ve seen on my screen rather than on a page.” Chris wants to think of this poem as pre-digital. It certainly helped us to conceive of it this way for the purposes of discussion.

Here is the Ear Inn recording of our poem, from 1977. And here [PDF] are a few pages from the Generator Press edition of Moebius. 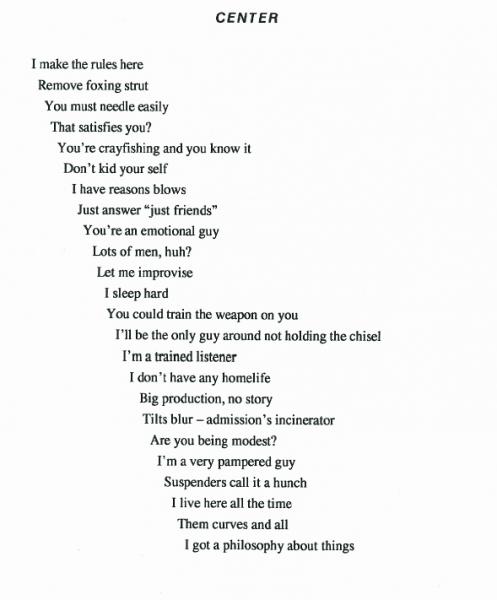