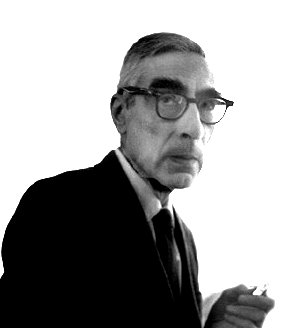 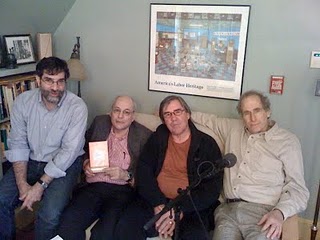 Al asks, “What is the connection between the vocabulary of physics here and Zukofsky’s wonderful stuff at the end about seeing many things at once?” “By the end,” observes Bob, “I’m reminded more and more of the Romantics. It’s Wordsworthian, from the Preface to the Lyrical Ballads. ‘Wherever science goes the poet will go.’* Which leads us to a discussion again of the personal elements in the poem: the specific romanticism of the child, causing double (and really: multiple) seeings.”

“The poetics quote from this,” adds Charles, “would be: ‘I see many things at one time.’” Which is to say: it is an apt way of conceiving Zukofsky’s poetics generally.

PoemTalk 22 ends with a discussion of why Zukofsky is not better known. No conspiracy theories here, but a perhaps useful conversation about why writing not easily (quickly) read gives such pleasure. Wystan makes this point most clearly — movingly. There is, alas, little Zukofsky in print, but Charles himself has done something to correct that sorry state of affairs: the new condensed (as it were) Selected Poems, which he edited for Library of America. In that volume you will find this poem, the twelfth of Anew, which Charles was happy to include (as somewhat representative) and which Bob, summing up, simply calls a “great" poem,” one of the “greatest hits.”

PoemTalk’s engineer and director is James LaMarre and our editor, as always, is Steve McLaughlin. PoemTalk is conceived, produced and hosted by Al Filreis. Administrative support is provided by the amazing Mingo Reynolds. The series is co-sponsored by the Kelly Writers House, the Center for Programs in Contemporary Writing — both at the University of Pennsylvania — and by the Poetry Foundation, where Anne Halsey is a great supporter. Wystan Curnow’s extended visit to Penn was made possible by a generous grant from the office of the provost at Penn. His readings and talks at the Writers House were sponsored by the Writers without Borders series, funded by a gift from Seth Ginns. For links to audio and video recordings of these events, click here. Permission to use the recordings of Louis Zukofsky has been granted to PennSound by Paul Zukofsky. Photo credit, above: (c) Elsa Dorfman.