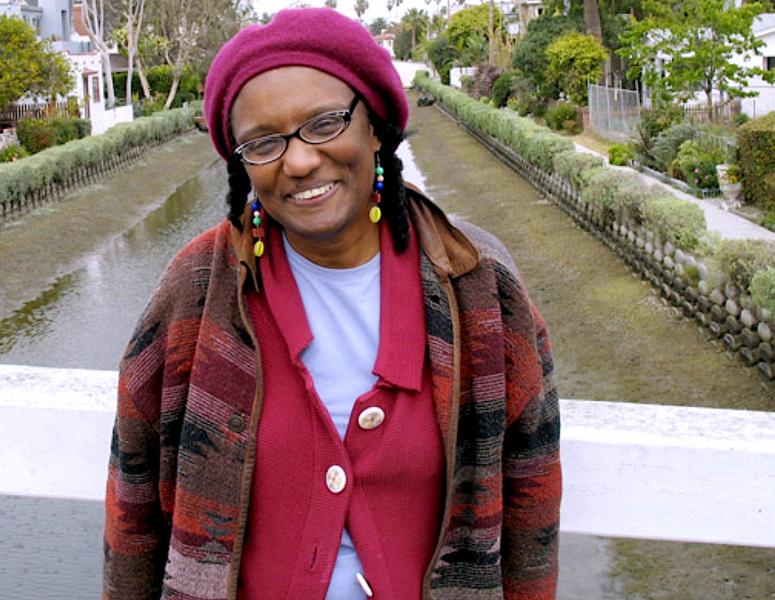 “Dim Lady” is a rewriting — both respectful and satirical, comic in its commercialization and serious in its reflection on beauty’s conventional superficiality — of Shakespeare’s sonnet 130. Imagine that: a prose poem sonnet composed by synonymous word substitution! A convergence of forms, of traditions. In the process, the natural sun becomes a garish, mod neon. The red of Shakespeare’s Dark Lady derives its new hue from Red Lobster. Overall “false compar[ing]” has become demotic, idomatic — “hyp[ing] beyond belief.” “Dark” (swarthy, with its negative — arguably, racist — value tone) is now “dim” (hard to discern but also: unsmart).

Larissa leads the group, toward the end, in an important conversation about how and why Mullen honors poetic traditions — of verbal comparison, of the intricate sonnet itself, of the inspiring but not necessarily erotic muse — exactly as she also satirically explores tradition’s flaws. In these poems there is an ample linguistic outperformance of the original, but also a terrific focus on intentional updating. For it is still the case, as poets continue to sleep metaphorically (and literally) while holding close to themselves the compendium of our lived, local language, that the poet truly “love[s] to hear [the beloved, the muse] speak” even though we all well know “That music hath a far more pleasing sound.” Thus we encounter the paradox powering all the poems in Mullen’s groundbreaking book. Such a generative dilemma is what encourages us to keep on the nightstand our notebooks of words and phrases. Some of those bits of langauge are composed in deep as well as in shallow sleep. Poetry arises as in liminal states we passionately “dicker” with our multiple languages. The “silver-tongued companion” who aids in the erotics of writing tempts the poet into “the most perverse positions,” one inventive position per poem, such that each piece in the book can be said to strike an alluring new stance.

Zach Carduner singlehandedly managed the audio recording of this episode, while also somehow filming the discussion with two cameras. The video, unedited, is available here below and also on YouTube. The audio, of course, is available pretty much anywhere you typically retrieve podcasts — as well as at the Poetry Foundation’s podcast series page and here at Jacket2. In both places all 172 episodes of this podcast, launched in 2007, are also available.