For this new episode, Al Filreis convened Timothy Yu (who had traveled to Philadelphia from Madison, Wisconsin, for a day of programs and recordings), Josephine Nock-Hee Park, and Piyali Bhattacharya to discuss a selection of poems from Divya Victor’s book Curb (Nightboat Books, 2021): three poems from the titular “Curb” series in the middle of the book (“Curb” 3, 4, and 5) and another poem, “Frequency (Alka’s Testimony).” We provide the text of these pages here. PennSound’s Divya Victor author page did not yet include any recordings of her performances from Curb, so she generously produced audio just for PoemTalk. These are now, of course, available at PennSound (and below).

In each of the “Curb” poems, one encounters instances of anti-Asian violence, one at a time, in three forms: a prose note, typically providing a description of the attack and/or historical context; latitudinal and longitudinal 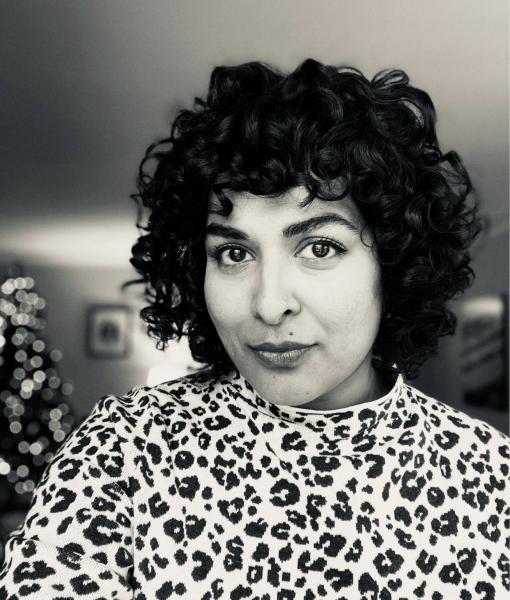 coordinates (printed in the top right corner of the recto); and a poem, which the PoemTalk group identifies variously as documentary, lyric, narratively disrupted, open-ended and persuasive (at once), and elegiac. “Curb 3” takes us back to a fundamental moment in the recent history of anti-South Asian violence — the 1987 murder of Navroze Mody in Hoboken, New Jersey. Mody’s murderers were so-called Dotbusters, targeting any “Patel” or anyone wearing a dot on their forehead. As Piyali notes, Mody, a male Zoroastrian, was neither a Patel nor eligible by tradition to wear a forehead dot (worn by women). The prose note, providing this information, underscores the capriciousness and idiocy of this racist targeting even on its own terms, while the poem conveys witnessing (“a man described as bald...” and “an object described as a brick...”), place or position (“to the ground” and “pushed    & pulled    out of the center”), and aural evidence (“a sound made when a name falls from a face”).

“Frequency (Alka’s testimony)” picks up two key issues from the “Curb” poems: sound and safety. The “Curb” poems we chose take place in a subway station, outside a diner, at a township football field, while Divyendu Sinha of “Frequency” was “mere yards away from his suburban home,” on a post-dinner walk with his family. Faced with such a desperately urgent sense of insecurity and vulnerability, Victor chooses 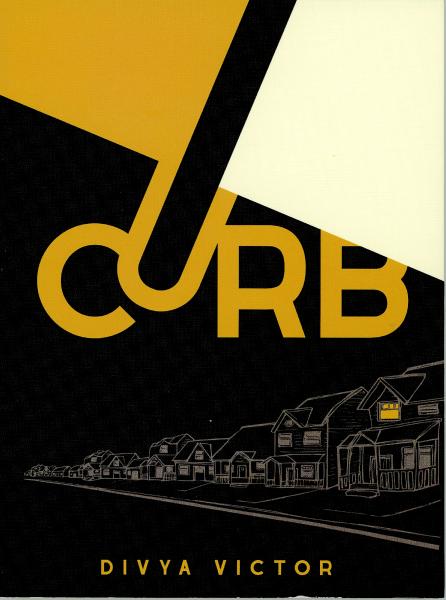 for the accompanying poem to define the term “frequency” multiply — it happens often, regularly; it happens despite humanizing sociality (frequentia, “a gathering of people”); it must be listened to, must be heard in the ears to be understood as testimony. Sinha’s wife Alka, whose testimony is not given as semantic report here (i.e., what happened), played in court an audio recording stored in her slain husband’s phone. It was sounded into evidence. Tim, Jo, and Piyali each point out that Victor is not saying that describing what happened is unimportant, nor even a mistaken strategy. It is, of course, the apt strategy of a court of law to get the narrative right. Yet, further, what is needed from art seeking to be responsive to daily life lived so insecurely, in extremis? The “vibration” being made must be deeply heard as proximate to the frequency of racist hatred. It must be intentionally said — making just the sound that Victor’s book, on its prefatory page, asks us to create as we accurately pronounce the names of the dead. When a South Asian name falls from a face to the ground, the noise it makes can be heard in lines exactly like these.

This episode of PoemTalk has been produced as both video and audio recordings. The unedited video is presented here below. Tim Yu, Jo Park, and Al Filreis also recorded a series of additional conversations in the Arts Café on the day of Tim’s visit from Wisconsin as a special featured guest of the Writers House. Joined by Laynie Browne, they recorded a conversation for the ModPo syllabus about Hoa Nguyen’s poem “Dang You Then a Dang” (available here on YouTube) and another on Sawako Nakayasu’s “Girl Soup” (available here). Tim, Jo, and Al also led a panel discussion, at a public lunchtime program before an in-person and virtual audience, in which they talked about Tim’s new book about Anglophone Asias, Diasporic Poetics: Asian Writing in the United States, Canada, and Australia; they focused in particular on the chapter in the book on the poetry and ethnoautobiographical prose of Fred Wah. That symposium can be viewed here.

We at PoemTalk extend gratitude to many donors who support the Digital Poetries Fund at the Kelly Writers House, and to Scott and Roxanne Bok who created a capacious program endowment fund that has helped to support this and many other events at KWH. Zach Carduner engineered both the audio and the video, and is also, as usual, the episode’s editor. And a shout-out, as always, to Janet Cheung at the Poetry Foundation.