Marci Nelligan, David Kaufmann, and Thomas Devaney joined Al Filreis to discuss what David thinks might well be one of Bill Berkson’s own signature songs; during our discussion, David opines that Berkson’s poem “Signature Song” is the best of the poet’s “fact poems.” Marci and Tom certainly did not disagree with that judgment. Its diction and tone are mostly that of familiar factistic subgenres: the liner note, the encylopedia entry, etc. Finally, of course, it’s more than merely encyclopedic, for it wanders around both historical and personal connections and interleavings, and concludes with a quiet but still jarring judgment of the “odd” work of writing through these associations in and out of the extremity of political situations they somewhat ignore and somewhat express.

The poem gives its own historical and audiographical basis, so we needn’t do much here in the way of providing notes. The poem is itself such a note! Listen to Berkson’s PennSound readings of the poem and read the text below.  Yet we can here add a link to a 1937 recording of Bunny Berigan performing his signature song, “I Can't Get Started,” with its long-mounting intro and late-arriving lyrics. In this version Berigan himself sings the vocals, but Berkson’s assemblage of the song’s audiographic nexus evinces a keen interest in Lee Wiley’s vocals and her brief emotional association with the ill-fated bandleader and — not quite — with the song that was his hallmark but which others have famously performed better. 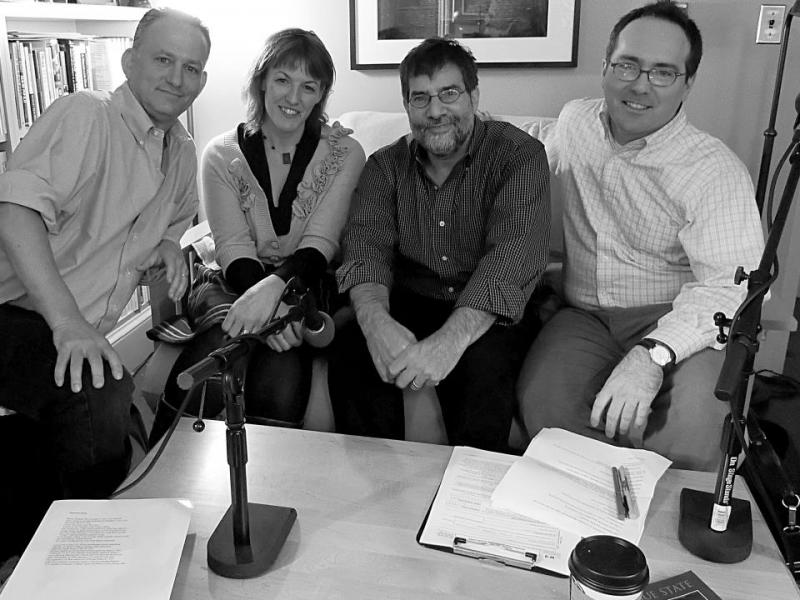 In 2004 Berkson was interviewed by Carlos Villa on KUSF radio in 2004, and confirmed that “Signature Song” has to do “with a fascination with facts and how any one fact will connect one or more other facts in a very interesting way.”  He noted that Lee Wiley is “one of my favorite singers,” and that as he wrote the poem he felt compelled to explore “the temporal connection with the Spanish civil war” (1936-1939), and only “then ... realized there was part of the lyric [in the Berigan song] about ‘settled revolutions in Spain.’” And was left wondering: What did Berigan really mean by the reference to Franco’s fascist counter-revolution?  Yes, “the Spanish civil war was ‘settled’ [but] in what you and I would consider a negative way."

Our poem appeared in Berkson’s book Fugue State, published by Zoland Books in 2001. Within Fugue State it is placed in a section of 19 short poems titled “A Copy of the Catalogue.” PennSound’s Berkson page has two recordings of the poet reading this poem – one as part of the 2004 radio interview with Villa, and the second — the one we use for PoemTalk — comes from an October 2002 performance in the Segue Series at the Bowery Poetry Club.

Chris Martin was our recording engineer for this episode, and Steve McLaughlin, who is the co-director of PennSound Radio among other things, was our editor, as always.

David Bunn listened to this episode and sent us this helpful note: “I've just listened to the discussion of Berkson’s ‘Signature Song’ and went to Wikipedia (noting Al’s misgivings) to check the chronology of ‘I can't get started.’ According to Wikipedia the Ziegfeld Follies of 1936 (in which the song premiered) opened on 30 January 1936. Ira Gershwin must have written the lyrics in 1935. Franco's revolt began in July 1936. It is most likely that Gershwin is referring to Franco (not yet rebellious himself) putting down the Asturian miner’s rebellion of October 1934. The reference doesn’t exonerate Gershwin from making light of other peoples’ tragedies, but he’s not alone in that.”

Signature Song
Bunny Berigan first recorded “I Can’t Get Started”
with a small group that included Joe Bushkin, Cozy Cole
and Artie Shaw in 1936.
Earlier that same year, the song,
written by Ira Gershwin and Vernon Duke,
and rendered as a duet patter number by Bob Hope and Eve
Arden, made its debut on Broadway in The Ziegfeld Follies.
By 1937, when Berigan re-recorded it in a big-band setting,
“I Can’t” had become his signature song,
even though, within a few months, Billie Holiday would record
her astonishing version backed
by Lester Young and the rest of the Basie Orchestra.
Lovers for a time, Lee Wiley and Berigan began appearing
together on Wiley’s fifteen-minute CBS radio spot,
Saturday Night Swing Club, in 1936.
Berigan died from alcoholism-related causes on June 2, 1942.
Although “I Can’t Get Started” is perfectly suited to Wiley’s
deep phrasing and succinct vibrato, she recorded the ballad only
once, informally, in 1945, during a Town Hall performance date.
The Spanish Civil War started in 1936 and ended in 1939
with Generalissimo Francisco Franco’s forces entering Madrid.