Trace Peterson, erica kaufman, and Gabriel Ojeda-Sague joined Al Filreis at the Renee & Chaim Gross Foundation in New York City to discuss two poems in CA Conrad’s chapbook, (Soma)tic Midge, published by Faux Press in Cambridge, Massachusetts (2008). Each of the seven poems in the series was written while the poet was under the influence of a color — worn, ingested, or otherwise enveloped. We discussed the green poem and the white poem (“Say it with Green paint for the comfort and healing of their wounds” and “From the Womb not the anus White asbestos snowfall on 911” respectively). 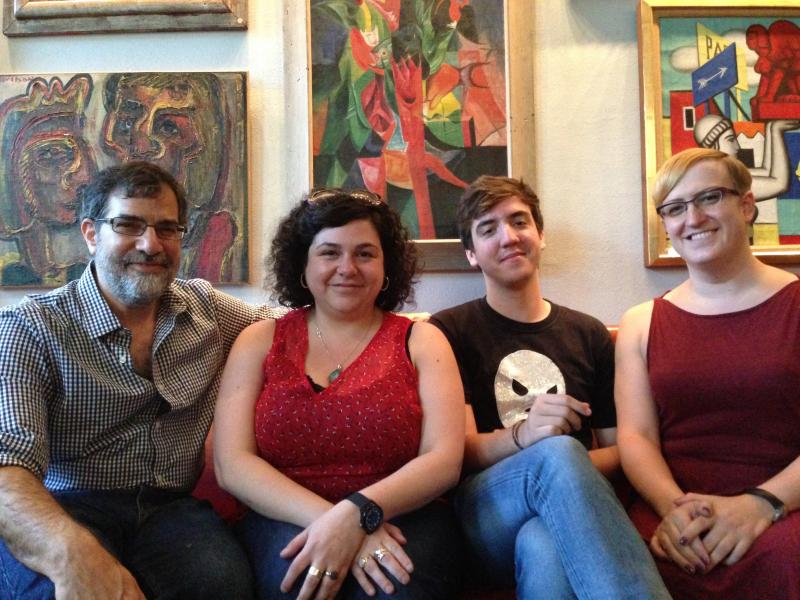 In 2007, before Faux Press released the book, Conrad walked into the PennSound studios and made a complete recording of the series, engineered and edited by Michael Hennessey. The recording is carefully segmented on Conrad’s PennSound page. Here is a link to the green poem, and here to the white poem.

As the group discovered during the course of a wide-ranging conversation, (Soma)tic Midge is about hyper-apathy, didacticism despite disempowerment, the relationships between resistance and (physical) occupation as between militarism and the environment, and what it means to be what we eat and to need a lover during wartime. In a review of the book written some years back, Al Filreis offered the following:

The somatic poetic practice strives to affect that outside.

Special thanks to Susan Fisher and Mimi Gross of the Renee & Chaim Gross Foundation, which we urge PoemTalk listeners to visit and explore at 526 LaGuardia Place in Manhattan. And thanks to Zach Carduner, who traveled to New York to engineer and direct our session and, as always, then assumed his role of editor and made this episiode possible.

Next time on PoemTalk, back in Philly, Al Filreis will be joined by Rodrigo Toscano, Michelle Taransky, and Laynie Browne for a conversation about Rob Fitterman’s project Sprawl.