W. B. Yeats, 'The Lake Isle of Innisfree'

Taije Silverman, Max McKenna, and John Timpane joined Al Filreis to discuss William Butler Yeats’s “The Lake Isle of Innisfree” [text], surely his most famous early poem (written in 1888; published in 1890) and a staple of his poetry readings into the 1930s. Yeats’s father had read Walden aloud to him; Thoreau’s pastoral simplification had been alluring for him as a teen, when he fantasized living on an uninhabited island in Lough Gill (near Sligo) — Innisfree. In the poem, the speaker, now longing for an orginary Ireland “while I stand on the roadway, or on the pavements grey” of the city (presumably London), expresses his desire to build a small cabin on the isle and, like Thoreau, to plant rows of beans and “have some peace there.” The romantic torque generated by such Irish/English splitting produces at the same time a brilliant but makeshift, extra-cultural — one might almost say, dramatically dislocated — prosody.  The striking sound made by this poem is a topic that draws special attention from our three talkers. 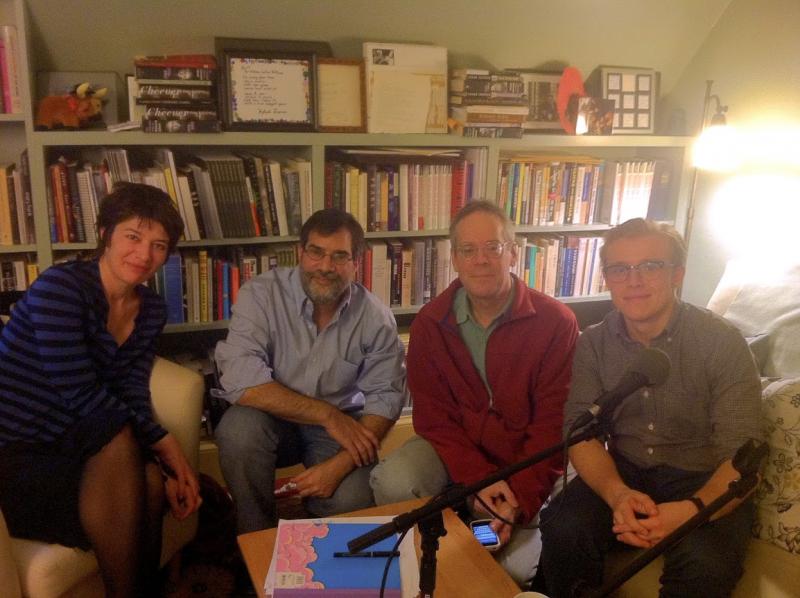 PennSound’s Yeats page includes three recordings of Yeats performing this poem: the first recorded sometime in 1937; the second recorded on October 28, 1936; the third sometime in 1932. At another 1932 — on October 4 — he took two minutes to introduce the poem. Here is a transcription of his commentary on our poem: “I am going to begin with a poem of mine called ‘The Lake Isle of Innisfree’ because if you know anything about me you will expect me to begin with it. It is the only poem of mine which is very widely known. When I was a young lad in the town of Sligo I read Thoreau’s essays and wanted to live in a hut on an island in Lough Gill called Innisfree, which means ‘Heather Island.’ I wrote the poem in London when I was about twenty-three. One day in The Strand I heard a little tinkle of water and saw in a shop window a little jet of water balancing a ball on the top. It was an advertisement, I think, for [of?] cooling drinks. But it set me thinking of Sligo and lake water. I think there is only one obscurity in the poem. I speak of noon as a ’purple glow.’ I must have meant by that the reflection of heather in the water.”

This 66th episode of PoemTalk was directed and engineered by Rebekah Caton and Christopher Martin, and edited, as always, by Steve McLaughlin. Above, from left to right: Taije Silverman, Al Filreis, John Timpane, Max McKenna.