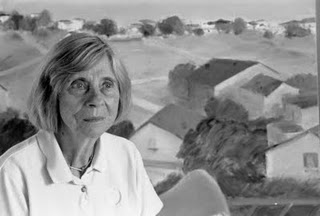 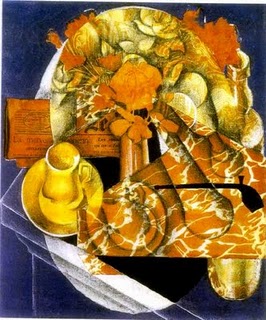 Williams saw Juan Gris’ “Roses” (also called “Flowers”) and it is widely considered to be the source of “The rose is obsolete.”

This phrase in Guest's poem — “shoe which never floats / and is stationary” — refers, as Randall reminds us, to the painting by Fragonard whose famous short title is “The Swing”: the young lady swinging upward lets fly her slipper, which the painter catches in mid-air. And what kind of air is that? (Here again this was a scene Williams pondered, in his anti-descriptive poem “Portrait of a Lady.” What kind of man is Fragonard, asks WCW there.)

“Roses” was included in Guest's book Moscow Manions (1973). The Barbara Guest PennSound page is here, and of course it includes a recording of Guest reading “Roses”. The recording was made at Artist’s Access Studio, New York, New York, May, 1984. The producer was Anne Becker, and the recording engineer was Peter Darmi. Our PoemTalk engineer was James LaMarre and our editor was, as always, Steve McLaughlin.