Myung Mi Kim, 'And Sing We'

Jack Giesking, Jonathan Dick, and erica kaufman joined Al Filreis in the Arts Café of the Kelly Writers House for a discussion of the first poem — doubtless it is intended as a proem — in Myung Mi Kim’s Under Flag (published by Kelsey Street Press in 1991). The poem is “And Sing We,” and the audio recording we use was made by Ross Craig in Berkeley in 2007 and is available, of course, at the poet’s PennSound page. 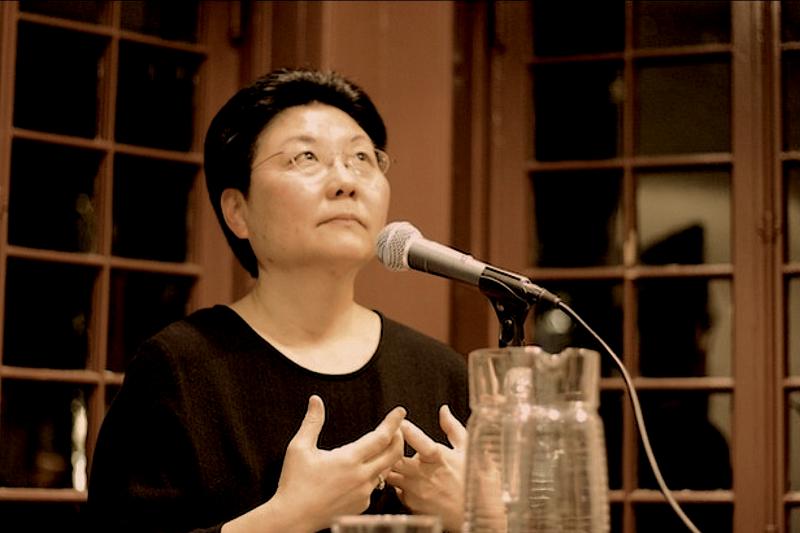 In this poem, memory is presence rather than absence. It is constructed partly of a series of childhood recollections, some more explicit than others. We seem to see an immigrant family’s kitchen scene. Then there’s the school performance led by the first grade teacher, with its officially optimistic and aurally as well as thematically allegiant “Um-pah, um-pah sensibility.” The proem’s title has already conveyed the national anthem, and other idioms suggest the Pledge of Allegiance (as well as the book’s titular idea with its strong preposition “under”), and so “um-pah, um-pah” strikes us as so insistently regular as to be threatening, ominous. Sousa-like insistence upon celebration. But the writing of the poem, with its discordant and post-traumatic haltings and its scene-switching, resists the forceful, socializing sounds to be learned in and from US culture. Thus can “sardines browned to a crisp over charcoal” as “memory smell elicited from nothing” emerge by “break[ing] through unheralded.” The poem’s themes, of course, but also its linguistic and formal disjunctures, are a breaking through — an emergence, psychic and unbidden, of old scenes the relocated speaker remembers despite the impossibility of memory. What are heard are “Fable voices, fabled voices.” Our eyes are opened to “All the fields fallow,” which the PoemTalk group interpret as the killing fields of the Korean peninsula. Thus does the immigrant “Voice ... / catch [...] its underside and drags it back.” This is deep memory in action. Once a place has been departed it is visible forever. The poem is about the paradox of departure. “Once we leave a place is it there” is not a question but a statement of central border-crossing contradiction, with “is” in the wrong syntactical position. Similarly, not “And we sing” but “And sing we.” Leave a place and then it is there. That thereness — that locational reality — “is sound in time.”

Zach Carduner and Chelsey Zhu engineered and directed this episode, and Zach Carduner is its editor as always. PoemTalk is a collaboration of PennSound, the Center for Programs in Contemporary Writing, and the Poetry Foundation. Photo above at right: by Arielle Brousse, at the Kelly Writers House, 2010. 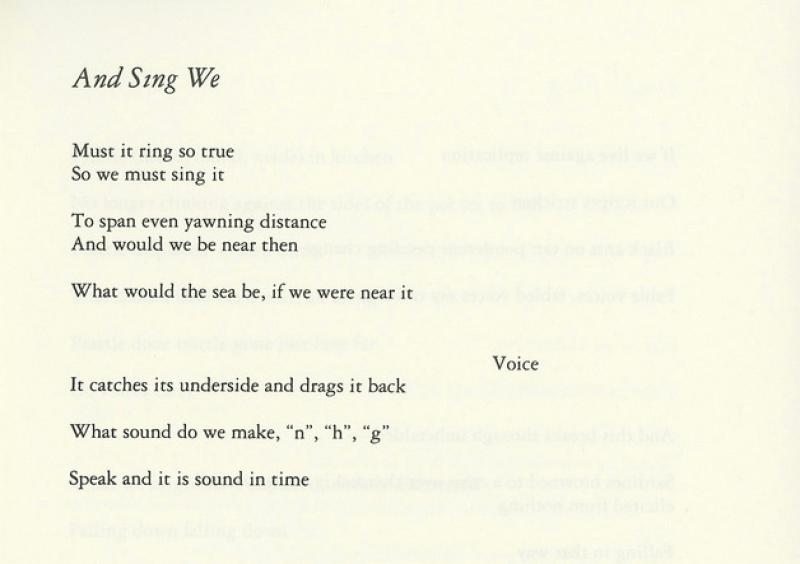 Click on the image of the text above to view the whole poem.