Wallace Stevens, 'The Poem That Took the Place of a Mountain'

Among the last things Wallace Stevens wrote was a metapoem, a poem in which a man — a reader and presumably a poet too — does not write a poem but picks his way among the aspects of an old poem, the poem that had once helped him by standing in for a mountain. He composes (or rather “recompos[s]”) the objects and perspectives of the way or path up the mountain. It had been a “direction.” Was it now again? This late effort is called “The Poem That Took the Place of a Mountain,” and it was published with other new poems in a section of Collected Poems (1954) under the heading “The Rock.” And as Susan Howe, Dee Morris, Nancy Kuhl and Al Filreis variously observe, the precision and yet imprecision (both) of the rock are crucial elements of this retrospective on life (he never visited Europe), career (forty years of poems) and poetic influences (Walt Whitman, William James, Henry Vaughan). 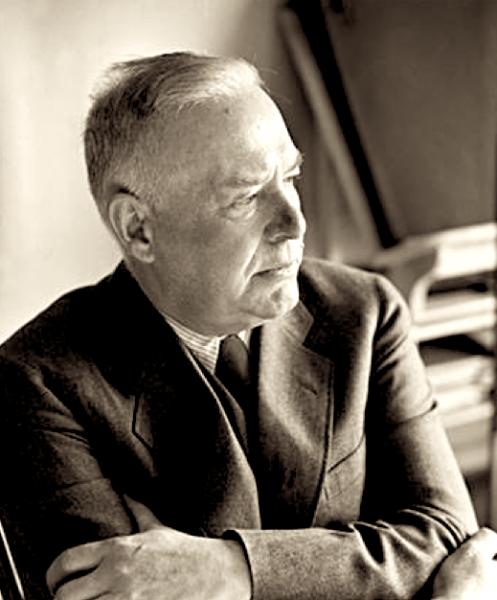 Our recording of Stevens reading this poem was made during his May 1, 1952, reading at Harvard University, in the New Lecture Hall there (now called the Lowell Lecture Hall). The original is in two reel-to-reel tapes housed at the Woodberry Poetry Room, Lamont Library, at Harvard. We at PennSound and PoemTalk are grateful to Don Share and Christina Davis, successive directors at the Woodberry, for working with us at PennSound to bring the Harvard Stevens recordings to our achive and thus to make them available for everyone everywhere. We produced this special episode of PoemTalk with the hope that readers of Stevens who have not yet encountered the poet’s voice in these recordings will return to the poem with a new perspective, looking back, let us say, on the "unique and solitary home" of the poems as they were.

During PoemTalk’s usual “gathering paradise” segment, at which point participants and host recommend “something going on in the poetry world,” we got carried away after Al’s praise of Nancy Kuhl’s stewardship as poet-archivist of the Beinecke Library’s collection of poetry manuscripts. Once Al asked Nancy to cite poets whose unpublished materials are among the Beinecke's collections, and Nancy mentioned the relatively recent acquisition of Susan Howe's drafts, notebooks, clippings and letters, the tone of the group became ecstatic in their urgings of scholars, poets, students and readers to consult the archives as part of — not separate from — the work of the poems.

This 83rd episode of PoemTalk was recorded and engineered by Zach Carduner and edited by Allison Harris.

The Poem That Took the Place of a Mountain

There it was, word for word,
The poem that took the place of a mountain.

He breathed its oxygen,
Even when the book lay turned in the dust of his table.

It reminded him how he had needed
A place to go to in his own direction,

How he had recomposed the pines,
Shifted the rocks and picked his way among clouds,

For the outlook that would be right,
Where he would be complete in an unexplained completion:

The exact rock where his inexactnesses
Would discover, at last, the view toward which they had edged,

Where he could lie and, gazing down at the sea,
Recognize his unique and solitary home.