My other country (PoemTalk #77)

Jessica Lowenthal, Michelle Taransky, and Dee Morris joined Al Filreis to talk about two short poems by Lorine Niedecker, “Foreclosure” and “Wilderness.” The recording of these poems was made by Cid Corman during his visit to Niedecker’s home in Wisconsin in November of 1970. All the poems Corman recorded were posthumously published in Harpsichord & Salt Fish by Pig Press in 1991.

As a house is being foreclosed in “Foreclosure” the speaker resists by turning the bankers’ legal language around and by mocking it (“their parties thereof /and clause of claws”). She then concedes the house but wants to keep the land, demanding that “the land” be “scratch[ed] out” from the agreement, and finally delivers an edgy benediction, cursing property and also prose with elimination. Only then will the speaker of this poem find peace. The ending suggests that prose is to property as poetry is to the concept of land defying ownership. The ratio reminded the group 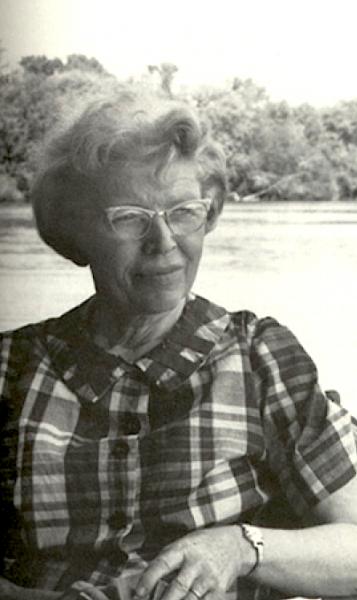 of Dickinson (“I dwell in Possibility” with its house fairer than prose).  The floating wounded doe at the end of “Wilderness” also reminded us of Dickinson (“My Life had stood — a Loaded Gun”) and not surprisingly we read it several ways. Michelle recalls being a student in one of Dee’s classes, where they confronted William Stafford's “Traveling through the Dark” with its own wounded doe seen from a masculine vantage at “the top of the mountain.” Niedecker is not seeing the doe as a metaphor necessarily, notes Michelle. “She's trying to figure out the Other.” Dee observes that the poet is “making this non-formulaic in terms of gender.” Still, “the man” and “my other country” are one, and both make it “hard going” for the speaker. In each poem, as Dee notes, Niedecker shows “incredible tonal nuance.” She begins with toughness (the very word “abutment”!) and then she “gets cute” (puns on the legal language), and finally she becomes quite serious, ending with a kind of lyric prayer. Both of these poems are “incredibly nimble” — indeed, says Dee, “like a deer.”  Jessica described amazement at the smallness of the voice we hear in the Corman recording. “It matches the work and yet it doesn’t, because I think of her as so large.”

This episode of PoemTalk was engineered by Steve McLaughlin and edited by Allison Harris. It was a happy (and, we like to think, very productive) teacher-student reunion: Michelle and Jessica, at different times, had both taken courses with Dee at the University of Iowa.

We are grateful to Linda Falkenstein, who has contributed the following comment: “I was recently listening to the discussion about ‘Wilderness/Wild Man’ on Poem Talk #77 and wanted to comment on the line, ‘you are the prickly pear.’ The discussion seemed to take the direction of this being an indication that Niedecker had to be referring to the desert here, but, prickly pear cactus are native to Wisconsin. You'll find them in sandy soils on south-facing slopes.”