Kristen Gallagher, Kerry Sherin Wright, and Joshua Schuster converged on Philadelphia to help us celebrate twenty years of the Kelly Writers House. Al Filreis took the opportunity of this reunion of KWH founders to convene a PoemTalk session on the work of a fourth founder — Michael Magee. This was Magee in his pre-Flarf days, the late 1990s. He was finishing a doctoral dissertation on Emerson, pragmatism, Ellison, and jazz; was beginning a relationship with the person, now his partner, who had created the Kensington Needle Exchange; was inventing the experimental little magazine Combo (under the auspices of the Writers House); and was taking long, daily morning Emersonian/Whitmanian constitutionals, walking the city incessantly described as the cradle of constitutional democracy. The book of poems resulting from these experiences, Morning Constitutional, was 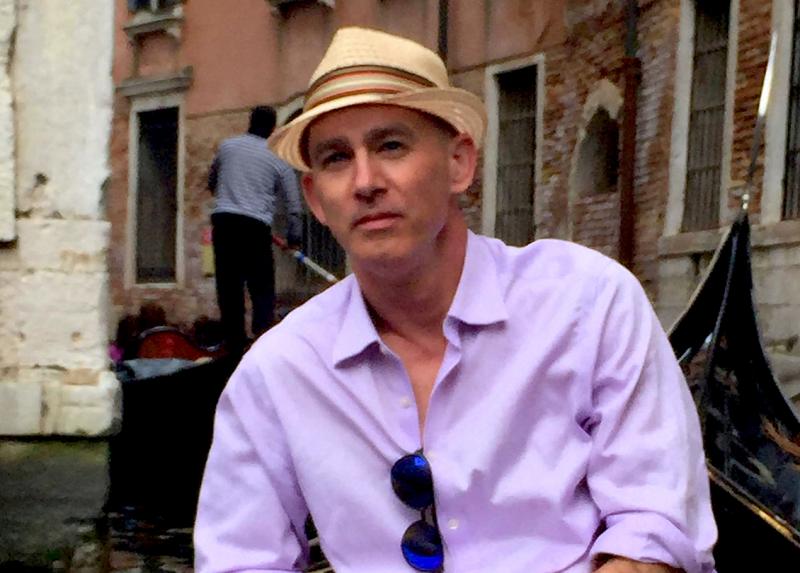 published in 1999 (by Kristen Gallagher’s Handwritten Press), and then again in 2001. In this special, extended episode of PoemTalk, we hear performances of, and then explore, three parts of Morning Constitutional: section 5, called “435 Chestnut Street: Benny’s Place”; section 6, “Independence Hall”; and section 10, “Kensington & Huntingdon Streets, The North Philadelphia Needle Exchange.” (He performed these and other poems from the project at the Kelly Writers House in 2001.)

Magee is interested, at the finest-sounded level of the word as such, in the history and the promise of US democracy. He writes, in the late ’90s, as someone living in a city where walking is the experience of having stated democratic values, as stated, constantly thrown into question. The poems we discuss consist of a merge of monumentalist big-historical, self-constituted rhetoric on one hand and, on the other, the present gathering of language as it is spoken, as it is heard, as it is believed. The result is a hopeful browning of the bronzed monumentalizing verbiage of the “found pops” (fathers) as it could be observed through Whitmanian empirical yet subjective witnessing. Every line is itself “a guarded ordering bordering on an underdog corner restoration.” In the hopeful (and frankly lyrical, and romantic) story of the needle exchange, we are presented with evidence “of still being here, the medivan arriving, the exchange beginning.” Magee never claims to be writing, in itself, an “indie tune pending censor.” He knows he has not been 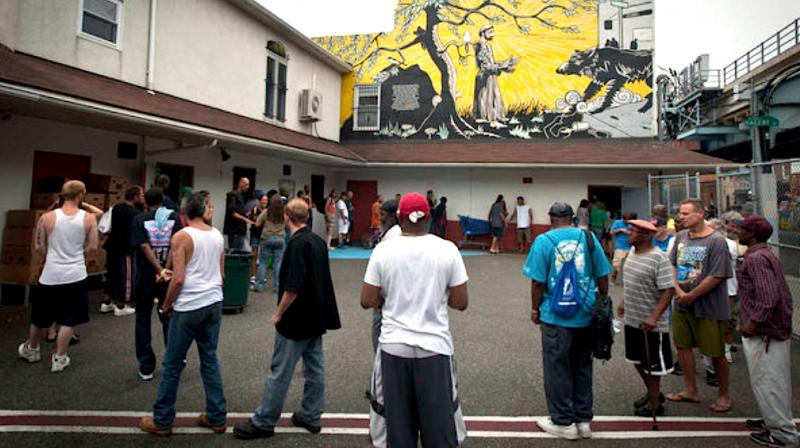 censored and so he seeks a way of hearing such a tune well and for good, and thus to spark the conversation, such as, we hope, is the one we have had here — about what it might take to reconstitute self-evident truths.

PoemTalk #105 was produced by Al Filreis, and directed and engineered by Zach Carduner, and edited by the same Zach Carduner. We welcome a new collaborating partner at the Poetry Foundation, Meaghan Winston, to the PoemTalk community. To watch video recordings of talks by Kerry, Josh, and Kristen — during the twentieth-year celebration at the Writers House — click here. Photo above, at left: people line up for a free breakfast provided by the St. Francis Inn soup kitchen in Kensington, July 2014 (photo credit: Ron Tarver.) Above, at right: Michael Magee.