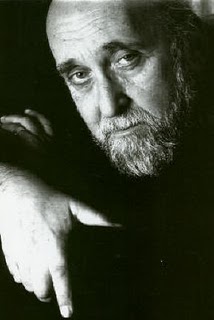 A Paradise of Poets

1
He takes a book down from his shelf & scribbles across
a page of text: I am the final one. This means the world will
end when he does.

2
In the Inferno, Dante considers a Paradise of Poets & calls
it Limbo.

Foolishly he thinks his place is elswhere.

3
Now the time has come to write a poem about a Paradise of
Poets.

Here is the recording of the poem (mp3), and here is a link to PennSound’s ample Rothenberg page. Of course JR is widely admired as one of the great performers of his and others’ poetry.

Our poem was recorded for the Radio Readings Project on April 24, 1999. PoemTalk’s director, engineer and editor for this episode was Steve McLaughlin.