Al Filreis and three interlocutors — Kristen Gallagher, Lee Ann Brown, and Laynie Browne — met up at the Kelly Writers House in Philadelphia to talk about Diane di Prima’s collection (and ongoing project) of quasi-epistolary poems, Revolutionary Letters. The group discussed three poems: #16 (“We are eating up the planet”), #19 (“If what you want is jobs”), and #27 (“How much can we afford to lose before we win”). Di Prima began writing the letters in 1968, and they were first gathered and published by City Lights in 1971. A red-covered fiftieth anniversary edition was issued by City Lights in 2021. Our recordings of di Prima performing these three poems come from various sources and are available at the di Prima PennSound page: for #16 we hear a a recording made in 1969, while for #19 we have undated tape (possibly 1982), and for #27 we hear a performance given at Naropa in 1978. 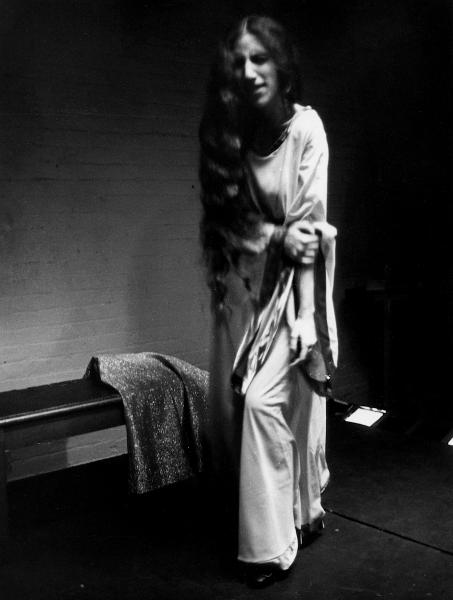 These letters were always part of an ongoing activity, carried on long after the leaflet-disseminating phase of the late 1960s. The project’s goals and modes of address shifted over time. Any single letter-poem, read separately from the others, might seem definitive  — tonally evincing ideological as well as poetic choices having been made with apparent finality. Our decision to read and listen to three poems, forming a small sampler of the Letters, helped us understand and, through this hour-long chat, to convey the project’s quality as overall a series of variations; each thus is an instance of ways of thinking about poems’ social efficacy. “Think of it as an experiment,” di Prima writes in “Revolutionary Letter #106” — “it” being unidentified, yet is surely the whole series itself — “Tip of the tip of the iceberg, and we ain’t even on the Titanic.” She goes on there, characteristically mixing the metaphor, to urge us to chew slowly and notice the taste. [Above right: Diane di Prima at Caffe Cino in Greenwich Village, 1968. Photographer: Peter Moore.]

The three poems discussed here are all earlier than #106, just quoted, and less meta. Yet in all the letters there’s a moment in which the political matter at issue — climate change in #16, the problems inherent in liberal jobs and housing programs in #19, the paradoxical value of losing a campaign in #27 — is urgently said to be only an instance of the whole, sinking, current human failure. Each poem is an illustration or case but none stands sufficiently as a politics, and that itself is the poetics of the Letters as an overall series. In our discussion we approach this special method by offering our listeners some distinctions between 1960s progressive political movements on one hand and, on the other, the “afford to lose, before we win” thinking of anarchists in the ’60s as derived from the 1910s and ’20s. If any one “Letter” seems progressive, it’s always the case that the whole is anarchist. 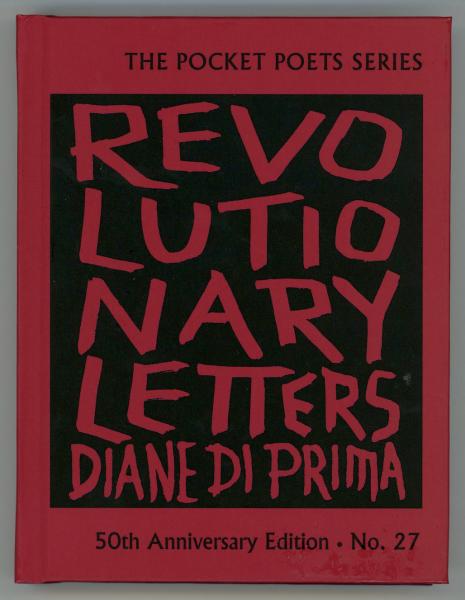 What has been described as di Prima’s “unique blend of anarchism and Hermeticism”[1] leads her back to the outrageous, recalcitrant synthesizing vision of the 0ld I.W.W. with its “One Big …” rhetoric (as in “One Big Union”). “[D]o we need cars[?]” (asked in #16) is not merely an expression of Flower Child wonderment. “[W]e are eating up the planet” is not merely heartbroken Earth Day sloganeering but a form of anarchist vitalist surrealism, something like Emma Goldman in the mouth of Paracelsus. The nightmarish scenario of #19 — an education system “where Dick / and Jane become and are the dream” — is not only standard hip counterculturalism; it presents an image of the sort best found in modern(ist), antirealist verse: humans “pushed into one shape,” “subliminal ads / … taken over your dreams.” “As you learn the magic,” this vitalist writes in #46, “learn to believe it / Don’t be ‘surprised’ when it works.” It “works” of course to help us discern what almost totally fails.

PoemTalk’s director and engineer (and cameraperson) for this episode was, as usual, Zach Carduner. And Zach was also the episode’s editor. We are making this episode available in its usual audio format, but also here, below, present the video recording. PoemTalk is made possible by a generous grant from Nathan and Elizabeth Leight. We want to thank our partners at the Poetry Foundation, Janet Cheung in particular, and Andrew Beal and Julia Morales at the Kelly Writers House for administrative support. Many thanks to Laynie Browne who coproduced and cocurated this episode, choosing the poems and inviting the guests.

PoemTalk has released installments every month without interruption since 2007. You can listen to every episode by clicking this link at Jacket2 magazine.