Al Filreis was joined by Kate Colby, Matvei Yankelevich, and Christina Davis at the Woodberry Poetry Room in Cambridge, Massachsetts, to discuss the title poem of Ann Lauterbach’s book Under the Sign (Penguin, 2013). Our recording of “Under the Sign” comes from a July 4, 2017, studio session at Bard College. It is available, as are all PoemTalk poems, in the PennSound archive, where Lauterbach’s author page includes readings dating back to 1991. (The text of the poem can be found here, below.) 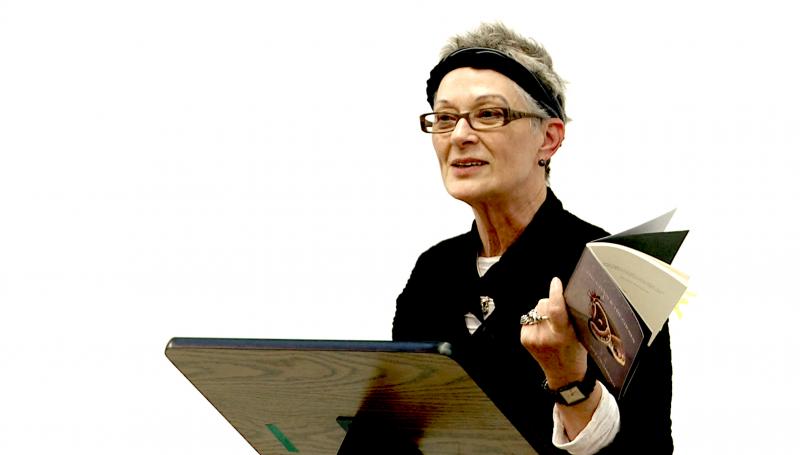 The four PoemTalkers marveled at the intensity and verbal consciousness of this poem about liminal states of encountering what is unforeseen, unseen, obscurely forgotten. When the “world … becomes without sequence,” and when the poem about that nonsequential world has already become such, as it is written and then as it is read, then things can have happened without explicit cause or effect. If one burns one’s right hand (is that the hand that writes the poem?) what is the poetry in saying it happened “after sunset”? (Matvei in particular productively obsesses about all the order-confusing possibilities of that logically open enjambment in lines 6 and 7.) Time’s (and lines’) usual orientation is awry. Objects and states not easily denoted — dreams of the dead, passages through which one is conducted, rivers flowing out there in the dark, accommodating visions, a sonata in which passages repeat — are set in temporal unorder: “having dreamed” of a sister (cause), the speaker is conducted through a passage (effect); “having spent” time 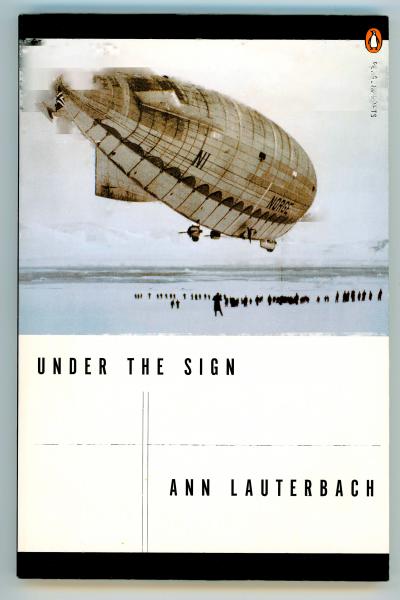 pondering an accommodating vision (cause), the speaker encounters reality minus its usual succedents (effect). Did the dreaming or time-spending occur during or prior to all this? Prior to the poem? During the writing of the poem? “Is that the recent past,” Christina asks. How long has the dead sister been dead? Presumably the dream about her forms a nearer presence regardless of her distance. It’s what dreams do, of course, but how challenging for a poem, words arrayed in lyrically reticent couplets, to replicate such a magical state. As Kate notes, there are “so many possibilities at every turn.”

Kate Colby’s recent book, I Mean, published by Ugly Duckling Presse, was featured in episode 109 of PoemTalk. Matvei Yankelevich’s books include Some Worlds for Dr. Vogt, Alpha Donut, and Boris by the Sea, and he founded the aforementioned Ugly Duckling Presse. Christina Davis, author of An Ethic and Forth a Raven and the forthcoming collection Mankindness, is the the curator of the Woodberry Poetry Room (WPR).

We are grateful to Christina and her colleagues at WPR of Harvard University for hosting us. And to Zach Carduner for making the trip from Philadelphia to Boston with Al to engineer such a fine recording of the conversation; as usual, the episode has now been edited by the selfsame talented Zach. We also gratefully acknowledge Nathan and Elizabeth Leight for their generous support of PoemTalk.

Having dreamed of my dead sister
raging with urgent

need, she
conducting us through intolerable

passages, now forgotten, I
have burned my right hand

after sunset
small dark clouds above

the river I cannot see
while listening to

a scratched CD of a Haydn
piano sonata so that

and having spent some moments
thinking of the vision

that accommodates
all that is unforeseen

as the world now
becomes without sequence.