How can they write and believe? (PoemTalk #78)

Amy King, David Abel, and Mytili Jagannathan joined Al Filreis for this 78th episode of PoemTalk to discuss a poem by Muriel Rukeyser about urban activism. “Ballad of Orange and Grape” [link to text] appeared in Rukeyser’s 1973 book Breaking Open, and is perhaps the best known poem from the end of her career. The recording we feature here is from a 1977 LP release of a recording produced with the 92nd Street Y in New York. But we make reference to a recording of the poem performed after a long discursive introduction by the poet for students and teachers at the University of Warwick, England, in 1971. The introduction provides us with a full context for the narrative: the speaker is the poet (initially self-addressed in the second person, later “I”), having finished her day’s work as a teacher of writing in East Harlem; she ponders returning home (thus we know she does not live locally — comes to teach in Harlem as an outsider), but delays her departure by stopping at a streetside hot dog stand, where she observes a vendor pouring orange soda into the container marked “grape” and grape soda into “orange.” This, as Amy King notes, is an arbitrary binarism, so what is wrong with the vendor’s indifference to the labels? This disjunction prompts the poet to consider a litany of binarism about which it has seemed difficult to be indifferent. Finally, Rukeyser wonders whether the resistance to such binaristic thinking has the power to alter her writing pedagogy. “How are we going to believe what we read and what we write and we / hear and we say and we do?”

Rukeyser had come of age poetically in the 1930s, aligned with the communist movement at a time when many poets of the radical Left (Genevieve Taggard, Ruth Lechlitner, Max Eastman, Edna St. Vincent Millay, Claude McKay, and others) engaged traditional poetic forms for the purpose, 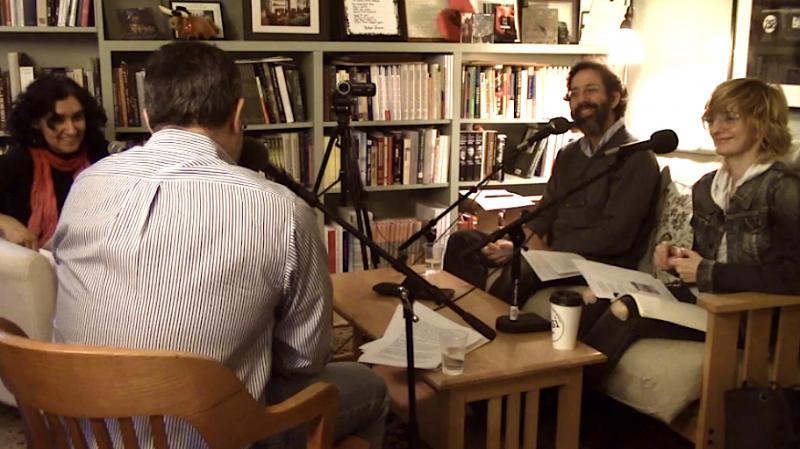 they variously contended, of eschewing aesthetic insularity and reaching a prospective mass audience. But Rukeyser began her career writing documentary poems (in U.S. 1 of 1938). She rarely if ever wrote in a ballad stanza, yet that’s what we hear in “Ballad of Orange and Grape.” It’s surely a significant choice. Are we to associate the choice of ballad stanza with the theory of representation that enables — and indeed, in a certain kind of liberal teaching, reproduces — the binarisms of white/black, love/hate, enemy/friend, etc.?  The vendor’s indifference to correct signifying stimulates the opposite in the poet-teacher-speaker, whose list of binarisms in the penultimate stanza gives way to an unordered, atypological list in the final stanza: “garbage, reading, a deep smile, rape, / forgetfulness, a hot street of murder, / misery, withered hope,” lines in which “rape” and “hope” are a near-rhyme at best, an obviously significant dissonance. The non-binaristic list coincides with the partial demise of the ballad form and the poem’s apparent overall emphasis on what “could be” as an alternative means of teaching writing in a mode that undoes the writing/doing opposition rather than creates yet another choiceless choice between expression and social problem-solving. As Al notes in his summary comment: “It’s a meta-pedagogical poem.”

For just the second time since we began producing PoemTalk as a monthly podcast in 2009, we have made a video recording of the discussion in addition to the edited audio. The video is embedded below. The audio, as always, can be found here at PoemTalk’s home within the Jacket2 site, on iTunes (search PoemTalk in your Music Store), and at the site of the Poetry Foundation.  PennSound’s Rukeyser page includes both recordings of “Ballad of Orange and Grape” as cited above, and many other recordings, beginning with our earliest Rukeyser, dated 1944.  PoemTalk #78 was recorded at the Kelly Writers House and was engineered (and filmed) by Zach Carduner and Chris Martin, and it has been edited by Allison Harris.