Thomas Devaney’s dedication for Calamity Jane, “A Solo Opera for Jeanine Oleson,” situates Calamity Jane — famous as a gunslinger, sidekick of Wild Bill Hickok, and heroine of dozens of dime novels[1] — more overtly in the realm of dramatic performance than in the realm of Western myth.

Recipients of the Pew Fellowships (For Philadelphia-area artists)

I am pleased to see that among the 2014 recipients of Pew Fellowships are:

Thomas Devaney
A native Philadelphian and author of the newly released Calamity Jane (Furniture Press, 2014), Devaney takes inspiration from music and visual art, writing for the ear as well as the eye.

Marci Nelligan, David Kaufmann, and Thomas Devaney joined Al Filreis to discuss what David thinks might well be one of Bill Berkson’s own signature songs; during our discussion, David opines that Berkson’s poem “Signature Song” is the best of the poet’s “fact poems.” Marci and Tom certainly did not disagree with that judgment. Its diction and tone are mostly that of familiar factistic subgenres: the liner note, the encylopedia entry, etc. Finally, of course, it’s more than merely encyclopedic, for it wanders around both historical and personal connections and interleavings, and concludes with a quiet but still jarring judgment of the “odd” work of writing through these associations in and out of the extremity of political situations they somewhat ignore and somewhat express.

The education of poetry

An interview with Bill Berkson

Note: That the critic and the poet should be the same person is not a surprise when it comes to the work of Bill Berkson. Both activities have fruitfully informed one another over five decades of writing. What remains engaging in all of Berkson’s writing is how each poem and how every essay continues to be so distinctively and affectionately rendered. 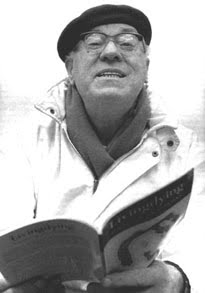 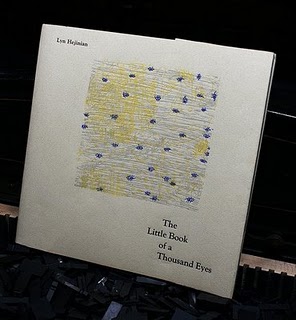 John Ashbery, 'Crossroads in the Past' 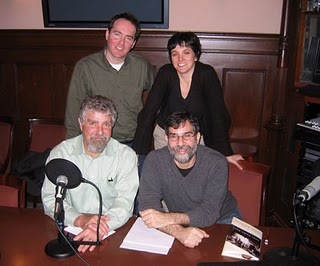 Our PoemTalkers — this time, Gregory Djanikian, Tom Devaney and Jessica Lowenthal — gathered to talk about a late poem by John Ashbery, “Crossroads in the Past,” from his book Your Name Here (2000). Amid the usual Ashberyean ontological bounty, here’s a poem that disentangles the crossed lines of narrative middles and ends (and beginnings). Straightens things out, or at least imagines the goodness of such straightness. And indulges in a nostalgia for the way things were at the start.

Is it age — or the loss of a loved one — that draws an anti-narrative poet to beginnings at the end? That, in short, is the question we posed of this poem. And does such a thing undermine a career-long devotion to middles with implied pre-stories? The wind blows in the direction it blows, and can’t be “wrong.” What about a “relationship”? Can — or should — a relationship be talked back to its beginnings, a narrative housecleaning? 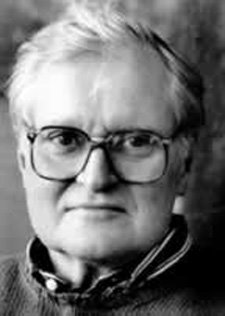 Jessica and Greg decided finally that the apparently definitive ending dead-ends in an obvious imagery and sentiment. Tom and Al disagreed, seeing the poem as thus a meta-poem: a poem about the poet who has reached a point where he must re-imagine “the beginnings concept” and who realizes its failure.

John Ashbery read this poem as a Kelly Writers House Fellow in the spring of 2002. We have video recordings of the reading and an interview/conversation moderated by Al Filreis.

Tom Devaney wrote a poem to mark my 50th birthday back in March of 2006. It was recently published in Arts Poetica and here's the link. The poem that Tom read at our post-9/11 event — called "Finding the Words" — I found very beautiful and moving, even though — as Tom pointed out — it had nothing directly to do with the World Trade Center attacks and had been written six months earlier.