Maggie O'Sullivan, 'Hill Figures' and 'To Our Own Day'

This episode of PoemTalk features a discussion of two poems from Maggie O’Sullivan’s book In the House of the Shaman, which was published in 1993 by Reality Street. The first piece, “To our Own Day,” was grouped with other poems under the heading “Kinship with Animals.” The second poem discussed is “Hill Figures” from the section titled “Prisms & Hearers.” For this conversation, PoemTalk’s producer and host Al Filreis convened Julia Bloch, Charles Bernstein, and (visiting from Berkeley) Eric Falci. O’Sullivan’s extensive PennSound page includes a recording made — no doubt by Charles Bernstein himself — of a reading given in Buffalo on October 27, 1993; the two poems were chosen for that performance. (HERE is O’Sullivan’s performance of “To Our Own Day.” And HERE she reads “Hill Figures.” HERE are the texts.) 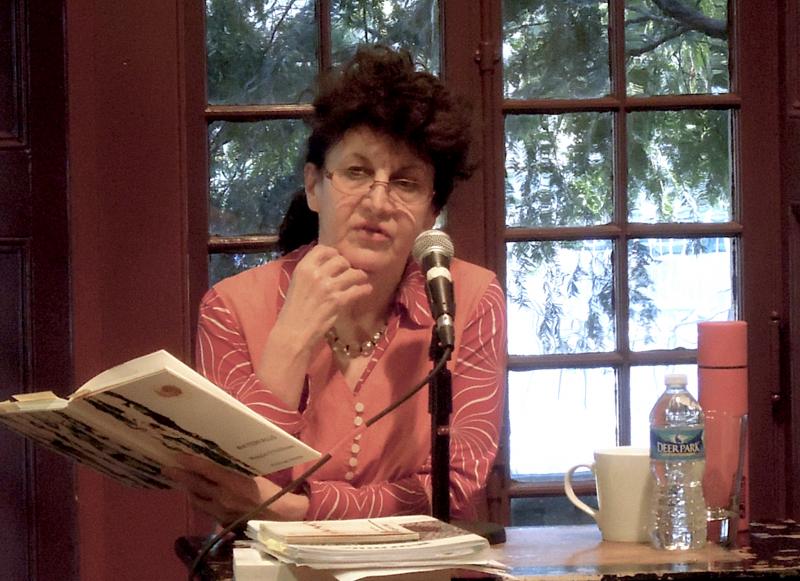 Both poems, the group concurred, create soundings — and readings, to be sure, but aural qualities foremost — that enact and continue O’Sullivan’s resistance to the English of the UK south. The hill figures, if they are personages (beings on the landscape), seem in part to form up that resistance through a certain located noise: “Crow-Shade / plumb, true / hemispheres / (dwell-juggling).” What does their “rolled-a-run / lettering” stand against poetically? Whatever originary sound is being made, or called for, it is aided by instruments accompanying the human voice. Such sound look forward and back at once, “invert[ing] reversionary morrow.” The group, led by Eric Falci’s interests, discuss O’Sullivan’s approach to the poem as music, in this “clanked — / fanged, crowey [ie, in the way of crows], clotted into: buckled poly-scream.” O’Sullivan, supported by a poetics dwelling in the house of the shaman, seeks to make verse the “paw[s] mouthing” by way of “innards of stick,” such that one cannot distinguish how and from what or whom sounds are being made.

PoemTalk was once again recorded and edited by Zach Carduner — this time back in the Wexler Studio of the Kelly Writers House. We are, now and ever, grateful to Nina, Gary, and Freddy Wexler for their support of the studio, and to Howie Lipson for his support of the Lipson Fellows, KWH-affiliated students who apprentice with Zach in the studio. 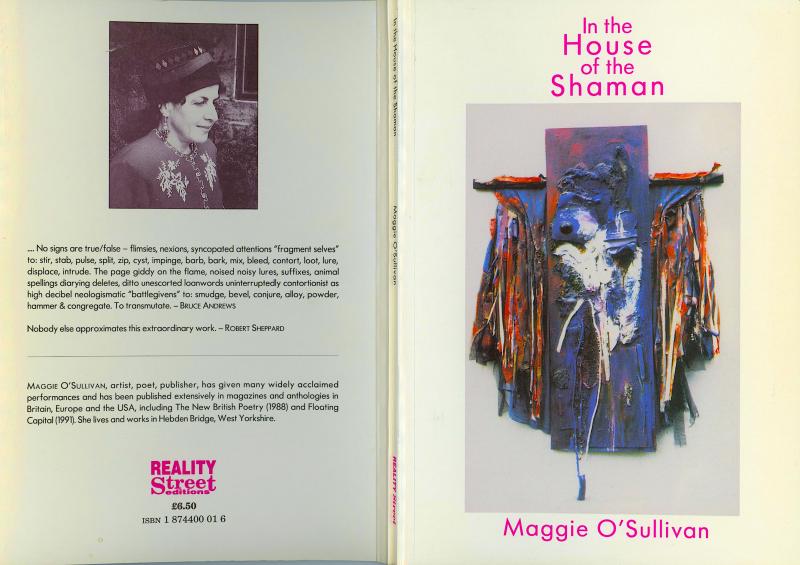 Click on the image above for the texts of the poems.