Listen to everything you love disappear (PoemTalk #112)

Patrick Rosal, 'Instance of an Island'

Ross Gay, Josephine Park, and Herman Beavers joined Al Filreis to talk about Patrick Rosal’s “Instance of an Island.” The poem was collected in Rosal’s book Brooklyn Antediluvian (Persea, 2016). Our recording of Rosal performing the poem comes from a Wexler Studio reading done at the Kelly Writers House in March of 2016, just weeks before the book was published. This episode of PoemTalk, number 112 in our ongoing podcast series, is being made available in two versions — the usual audio, downloadable from this Jacket2 page, through iTunes, and on the Poetry Foundation site; and an uncut video recording (see below). Ross, Jo, Herman, and Al talked about Rosal before a live audience in the Arts Café of the Writers House. 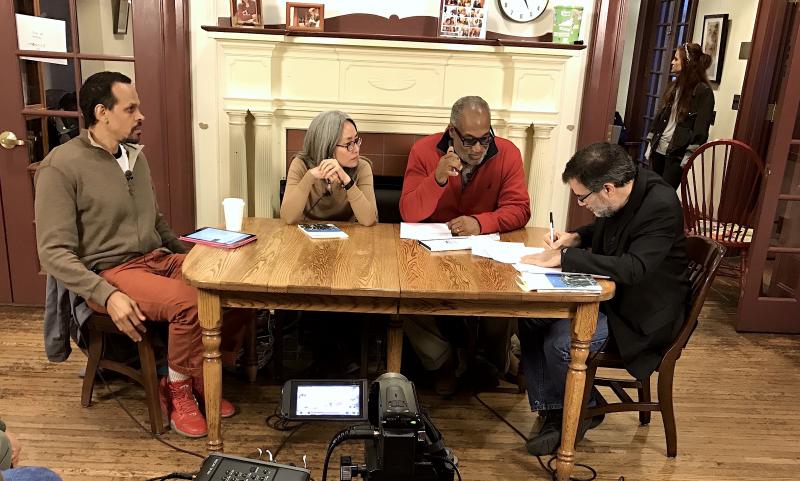 The group begins with the remarkable jam performed by Filomena and Josefa together as an art-making body — each incomplete, but together far more than even an oceanic whole. The poem at the moment of this countercolonial antisynthesis jams — itself jams. And at its essence the discussion that ensues explores the many ways in which Rosal has crafted an ars poetica, a defense of poetry made from the “invention” of “cracked” unbroken song. The fingers of these two players, “joined by that third / body of wood,” remake the body forced into 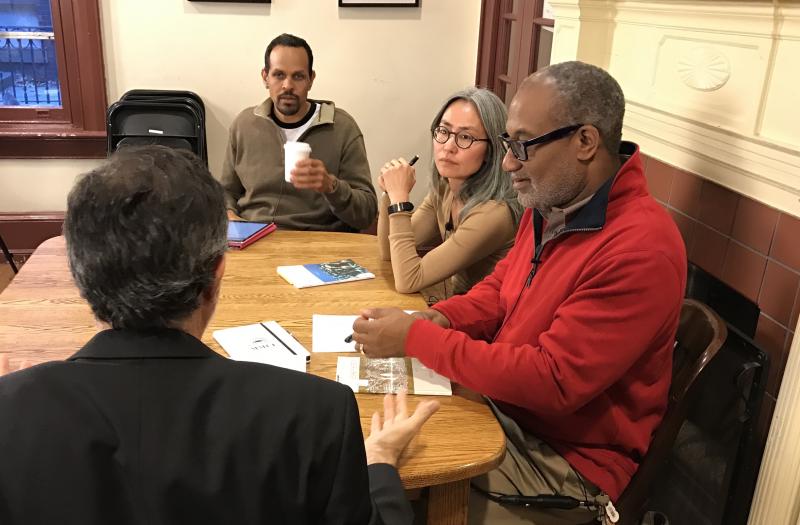 exile by the finger-wiggling world-naming “great emperor” who had pointed with imperial denotation toward the far-off island. Such denotation is ultimately useless against the art of the jam, and of course ironically helped to create it. Yet that creativity is framed to this day by the emperor’s lasting destructive effect, that which made possible the tourism of the two pink lovers in matching swimwear gazing over the same ocean by which Filomena and Josefa strum their invented solace. The question becomes: Who gets to “think of infinity”? Who gets to “invent the waters that surround” that island? How to interpret “the unbroken world” in the final lines? The third body of wood “made sure” nothing was left to make these women whole, yet is that a satisfying wholeness nonetheless? (The group, not surprisingly, is somewhat divided on this question. But they agree that such openness makes the poem, which is itself an inheritance of the jam it historically records, so remarkable.)

PoemTalk #112 was directed, recorded, and engineered by Zach Carduner, and filmed with the assistance of Tyler Burke and Mary Osunlana — and was edited, as always, by Zach Carduner.

Click on the image of the poem’s first page for a PDF copy: 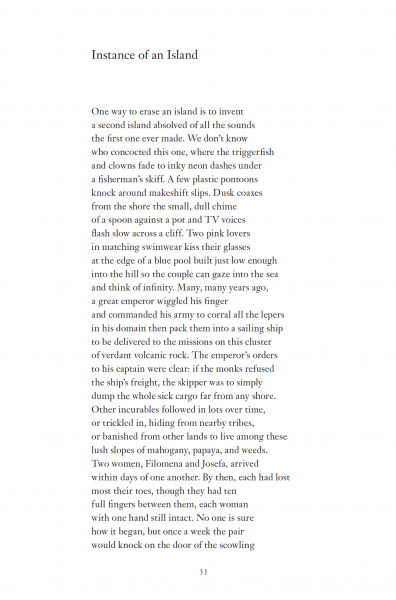