ISTEN TO THE SHOW

Stephen Metcalf (famed host of the Slate Culture Gabfest), Anna Strong Safford (ModPo coordinator and coteacher), and Ahmad Almallah (author of Bitter English) joined Al Filreis to talk about one of the most well known poems in English of the twentieth century — Robert Frost’s “Mending Wall.” What hasn’t already been said about this poem? Well, to our ears at least, this conversation goes in several unusual and, we think, fascinating new directions. What exactly is the nature of the poem’s (or anyway the speaker’s) cultural conservatism? Can the wall really be read geopolitically? Is it more about what is being walled out than walled in?Do the stalwart iambs themselves form a wall that is hard for readers to get across? Are the gaps in the wall wide enough for new readers to get through? 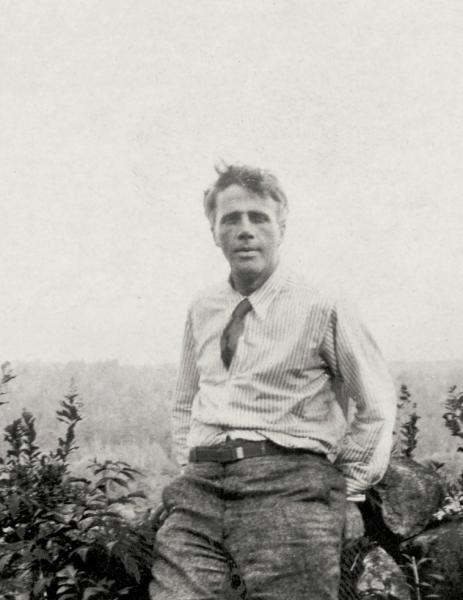 The poem was first collected into a book in 1914 — in the legendary volume, North of Boston. Frost read this poem many times at readings and in studios across the decades. The sound of it is in the ears of most people who make a habit of listening to recordings of modern poetry — mostly from readings given by the older, venerable poet reprising a famous piece, taking yet another performative victory lap. For this PoemTalk, we went back to the early years of poetry recordings. The “Mending Wall” you will hear toward the beginning of this episode, which comes from PennSound’s Frost page (as curated by Chris Mustazza), was the second-earliest known recording, made on October 24, 1934. It was originally produced on an aluminum platter as a “Speech Lab Recording” at Columbia University. Along with other Speech Lab recordings, it was subsequently dubbed to a reel-to-reel tape by the Library of Congress in 1978 and the sounds you hear when playing the PennSound MP3 come from that reel.

Listen all the way to the end. Al’s “Gathering Paradise” choice results in a performance by Ahmad Almallah from his book Bitter English — a poem about the difficult effort of going behind his Palestinian father’s saying.

“Mending Wall” has been the subject of a number of conversations at the Kelly Writers House over the years, including under the auspices of ModPo. Here are a few links to those extra resources:

2) listen to a “Frostcast” with erica kaufman & Max McKenna on teaching “Mending Wall”: LINK TO AUDIO

3) watch a further discussion of “Mending Wall”: LINK TO VIDEO

This episode of PoemTalk was recorded — and also edited — by Zach Carduner. We are grateful once again to Nathan and Elizabeth Leight for their support of the PoemTalk series and to our partners at the Poetry Foundation.