Bernadette Mayer, Julia Bloch, and erica kaufman joined Al Filreis to discuss James Schuyler’s poem “February.” Schuyler read the poem at the Dia Art Foundation in New York on November 15, 1988. John Ashbery gave the introduction, emphasizing how reluctant Schuyler was to read in public. He noted: “As far as I know, this is the first public [reading] he has ever given.” One can tell from the tone of Ashbery’s remarks that he felt that he and the audience were in for a rare treat, a savoring for which years of waiting were worthwhile.  Schuyler then read 17 poems, and one of them indeed was “February.” The poem was published in Freely Espousing (p. 15) and reprinted in Selected Poems (p. 6) and in Collected Poems (p. 4). Bernadette is astonished by the emphatic use of color, feeling it almost to be a knowing rule or constraint, and she herself derived from admiration of this very poem several color-poem experiments of her own. Julia then catalogues the coloration of 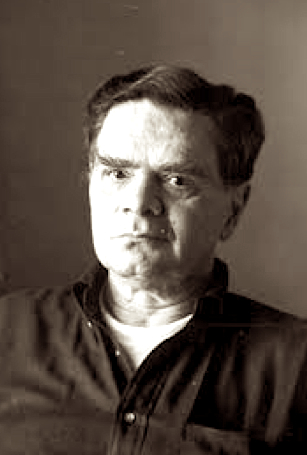 what is otherwise typically a drab time of year in New York. And erica is delighted to assert that this is a “New York poem.” “Listening to him read,” erica added, “heightened my sense of one thing he does in his poems that I just love: the feeling you get that you’re getting access to something that’s pretty private. You’re watching a private reading of his own space, but that space he’s describing is also a space that’s physical and somewhat public.” So is “February” a nature poem? Perhaps an urban nature poem? Ashbery’s introduction on this point might have been a gloss on our poem: “He has been called a nature poet and it’s true that nature observed does play a large role in his poetry, but he’s about as far from Wordsworth as you can get …. Nature is merely what is adjacent, what one looks out on all the time.”

Toward the end of this episode Al and Julia note that earlier on the day of recording we hosted a live worldwide interactive webcast, featuring Bernadette Mayer, as part of the “ModPo” open online course. The photo atop this episode entry is a screenshot from that webcast. You can watch it here.

Our engineer for this episode of PoemTalk was Zach Carduner, and our editor is Amaris Cuchanski.

A chimney, breathing a little smoke.
The sun, I can't see
making a bit of pink
I can't quite see in the blue.
The pink of five tulips
at five p.m. on the day before March first.
The green of the tulip stems and leaves
like something I can't remember,
finding a jack-in-the-pulpit
a long time ago and far away.
Why it was December then
and the sun was on the sea
by the temples we'd gone to see.
One green wave moved in the violet sea
like the UN Building on big evenings,
green and wet
while the sky turns violet.
A few almond trees
had a few flowers, like a few snowflakes
out of the blue looking pink in the light.
A gray hush
in which the boxy trucks roll up Second Avenue
into the sky. They're just
going over the hill.
The green leaves of the tulips on my desk
like grass light on flesh,
and a green-copper steeple
and streaks of cloud beginning to glow.
I can't get over
how it all works in together
like a woman who just came to her window
and stands there filling it
jogging her baby in her arms.
She's so far off. Is it the light
that makes the baby pink?
I can see the little fists
and the rocking-horse motion of her breasts.
It's getting grayer and gold and chilly.
Two dog-size lions face each other
at the corners of a roof.
It's the yellow dust inside the tulips.
It's the shape of a tulip.
It's the water in the drinking glass the tulips are in.
It's a day like any other.