Composition of life, as life (PoemTalk #175)

PoemTalk went on the road, along with PoemTalk’s editor Zach Carduner, our tech guru pal Chris Martin (Zach on video, Chris on audio), and our colleague Laynie Browne. We wandered up some PA/NJ/NY highways into the mid-Hudson Valley, landing at Annandale-on-Hudson, the home of Bard College, where we decamped with all our gear and were joined by Joan Retallack, erica kaufman, and Laynie. 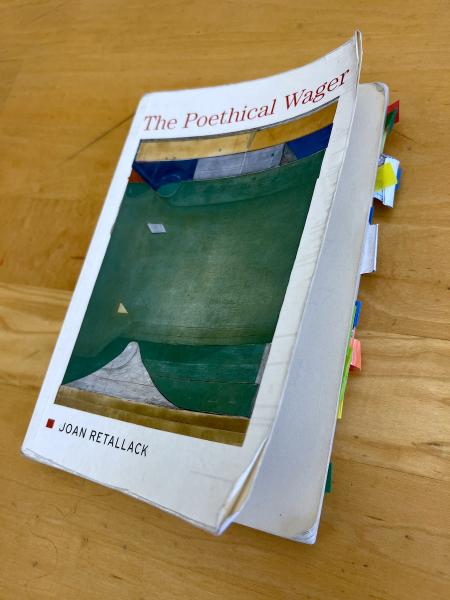 Hosted by Al Filreis, the group gathered at Bard to talk about two passages from the opening pages of Joan Retallack’s essay “The Poethical Wager” in the collection of thirteen essays that comprise the 279-page book The Poethical Wager, published by the University of California Press in 2003. Al proposed to discuss passages from the beginning of the title essay — specifically, its opening pages (pages 21–25), part of a conversation the author conducts with a version of herself, a “slef”-interview conducted by one Quinta Slef; and second, a few paragraphs on pages 57 and 58 about Gertrude Stein, John Cage, Ludwig Wittgenstein, and others. Each PoemTalk episode of course opens with a recording made by the poet; in this special instance we asked Joan to read a few portions of the chosen passages during the discussion itself.

The unplanned conversation, not surprisingly, turned out to be about the unplanned, unknown things we compose by writing, thinking, and living. Engaging in such an “unofficial” improvisitory mode is “daunting,” as Joan notes, “if your primary concern is control.” Please listen as the PoemTalkers join her in robustly calling for “a robustly nuanced reasonableness” that does not derive from a notion of 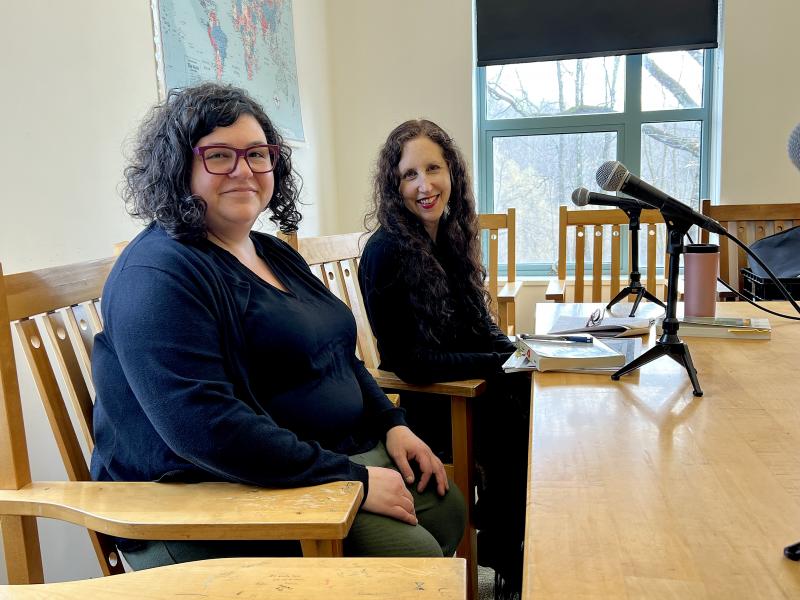 progress pushing inexorably toward the known. Insofar as “to get lost in the writing can be a way out of officially charted territory,” we found the conversation taking the form of such getting-lost. To the extent that we could achieve this state we were able to outline a “form of life” (using that phrase, Joan is quoting Wittgenstein). Everything in life is the same, Stein argues in “Composition As Explanation,” except “composition and time, composition and the time of the composition.” That time is now, and for the PoemTalk team during a wonderful afternoon along the Hudson, it was a moment of continuous present.

As noted above, Chris Martin engineered the sound while Zach Carduner managed several cameras — and they were aided by the brilliant presence of our favorite audiophile Chris Funkhouser. Zach Carduner was as ever PoemTalk’s editor. Since 2007 PoemTalk has been a partnership between PennSound and the Kelly Writers House and the Poetry Foundation, and we take this moment to thank our supportive partners at PF, especially Janet Cheung, Eric Shoemaker, and Shoshana Olidort, and KWH people who help make PT happen back home at 3805 Locust Walk in Philadelphia, especially Andrew Beal, Julia Morales, and Kenna O’Rourke.

The unedited video recording of this episode of PoemTalk is available on YouTube and is also embedded here below.