Naomi Replansky, 'In Syrup, In Syrup' and 'Ring Song'

Ron Silliman, Rachel Zolf, and Charles Bernstein joined PoemTalk producer-host Al Filreis to talk about two poems by Naomi Replansky (b. 1918). The poems are “In Syrup, In Syrup” and “Ring Song.” The latter is the title poem of a volume nominated in 1952 for the National Book Award. “In Syrup,” first published under the explicitly antiwar title “Dulce Et Decorum” in the New Masses in 1947, its title recalling Wilfred Owen, was revised before its appearance in the book Ring Song. And “Ring Song” itself was revised for a 1988 chapbook Twenty One Poems Old and New. Replansky’s PennSound page features recent readings of both poems and thus indicates her final preferences for the revised versions. Yet, of course, the PoemTalkers try to make sense of the art and politics of the revisions.

Indeed, historical knowledge of the ins and outs, ups and downs, of the literary left of the 1940s and 1950s (and specifically of the communist left) helps somewhat to make sense of Replansky’s choice to convey irony through radical ideas in controlled poetic forms — Mother Goose-ish rhymed couplets (“Ring Song”) and metrically tight two-stressed unrhymed couplets (“In Syrup”). So in this discussion there is some talk, which some listeners will find arcane, about the state of radical ideologies and poetics at various points in the life of these two poems as they have moved through the decades.

Naomi Replansky visited the Kelly Writers House on November 15, 2016. There she was interviewed by Al Filreis and read a number of her poems. Here is an audio recording of that event and here is a video recording. And here, below, are some useful links to materials related to Replansky’s life and work: 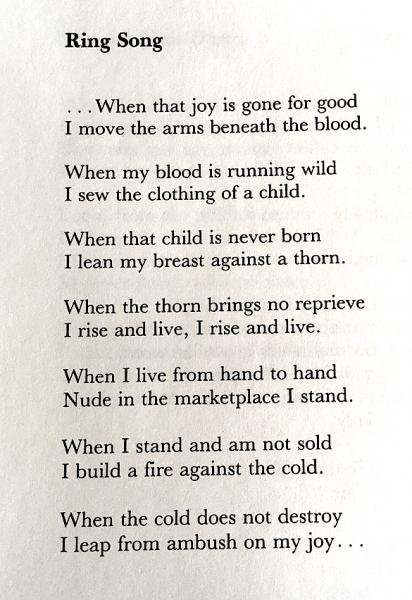 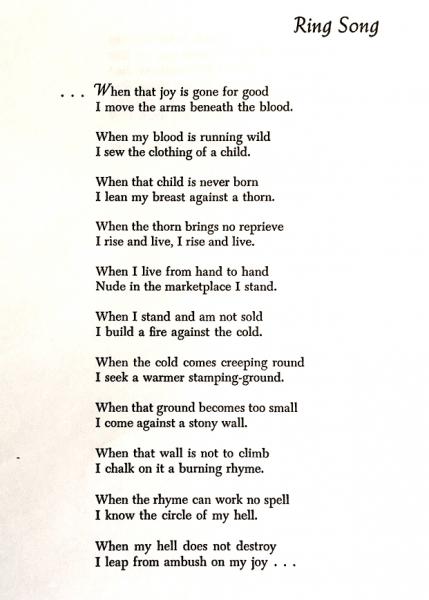 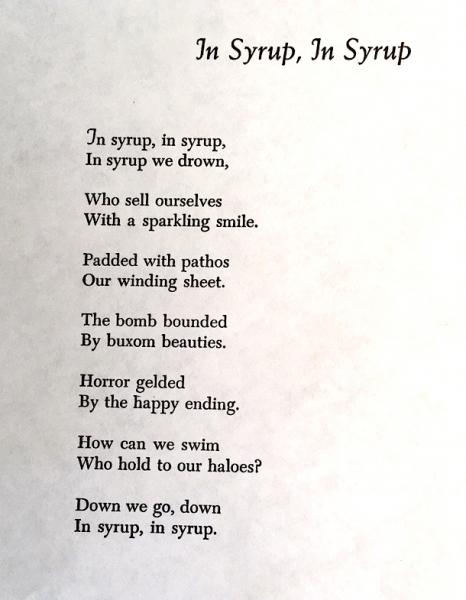 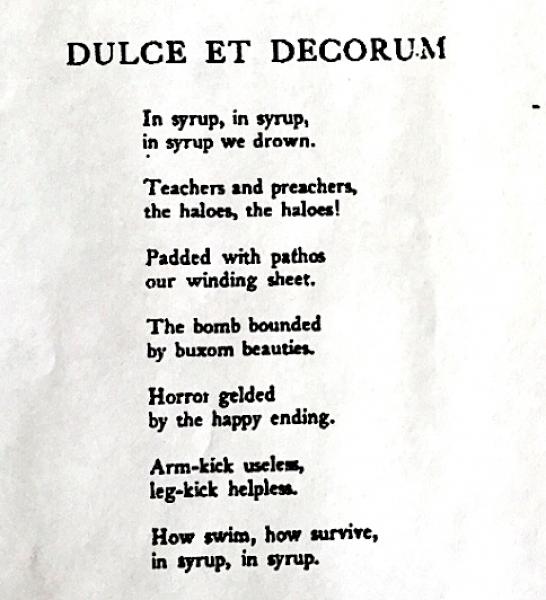 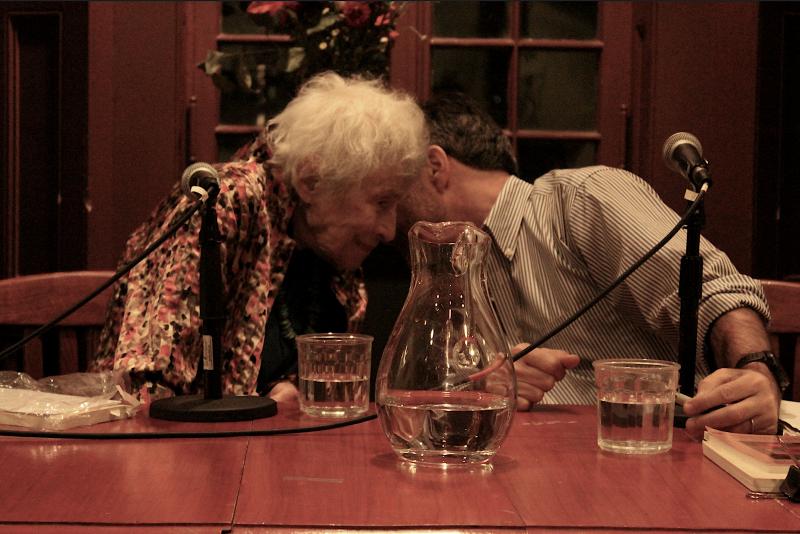 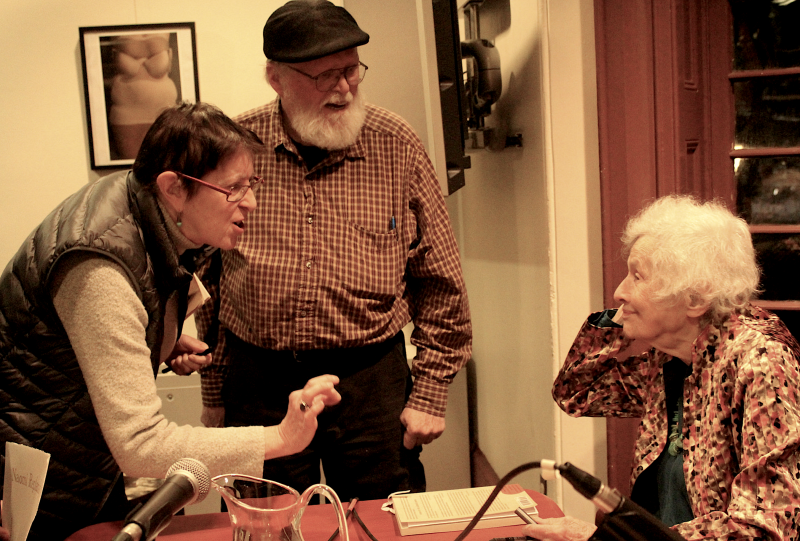 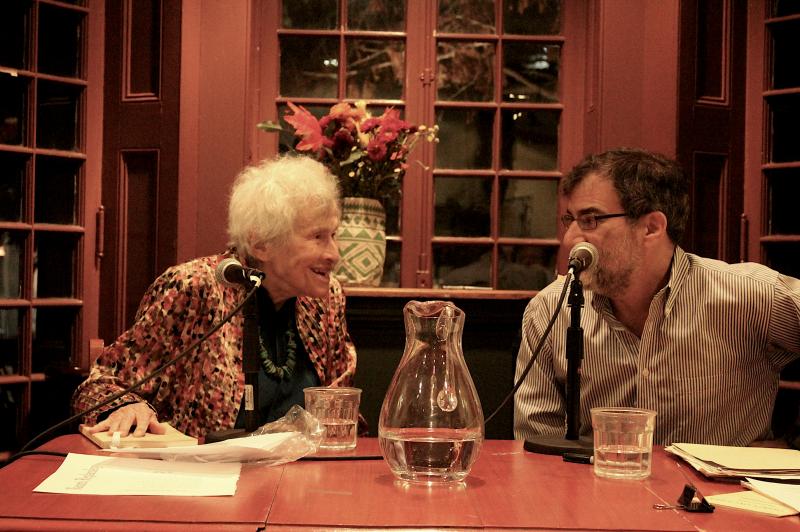 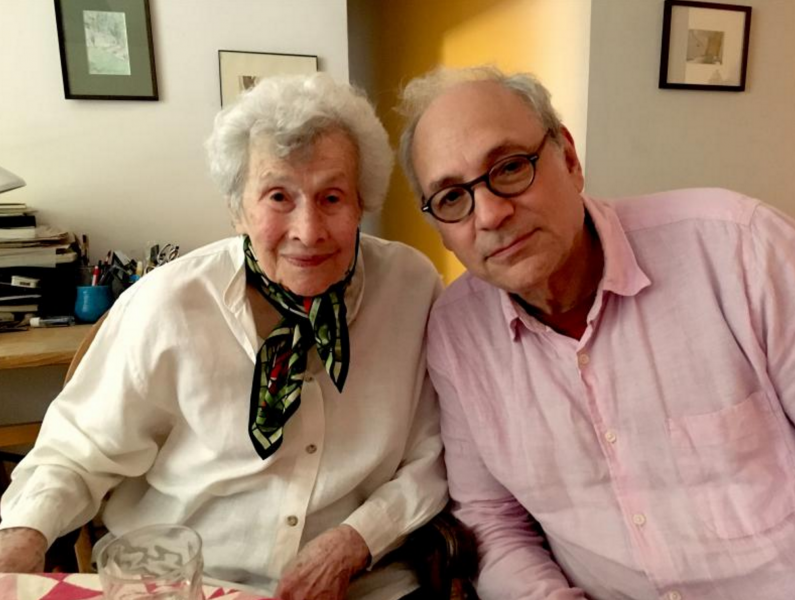 Above: three photos taken during Replansky’s November 2016 reading at Kelly Writers House; the second shows Ron Silliman and Rachel Blau DuPlessis greeting her after the reading. And, at bottom, Charles Bernstein and Naomi Replansky in her Manhattan apartment after the “Close Listening” interview recorded in the spring of 2016.