Matthew Hofer and Michael Golston interview Bruce Andrews and Charles Bernstein for The L=A=N=G=U=A=G=E Letters (2019). This interview was part of the University of New Mexico book and is made available here with permission of the press. The L=A=N=G=U=A=G=E Letters is one of three volume edited by Hofer and Golston and published by University of New Mexico Press. The other two volumes are the complete facsimile edition of L=A=N=G=U=A=G=E (2020) and the collaborative poem LEGEND (2020) by Andrews, Bernstein, Ron Silliman, Ray DiPalma, and Steve McCaffery. Each of these editions including extensive notes and commentaries by the editors.

Legend: The Complete Facsimile in Context

LEGEND was written in the late 1970s by Bruce Andrews, Charles Bernstein, Ray DiPalma, Steve McCaffery, and Ron Silliman. This new editition is edited by Matthew Hofer, Michael Golston and includes a new, unpubished  collaboration by all five poets, written especially for this edition, as well an introduction of a selection of correspondence by the authors while they were writing the poems.

No one’s a kid for twenty years without a little know-how. I was a child in the 80s and child of the 90s because I kept up with kid stuff instead of going to college. I went to school on post punk music, the Walker Art Center, and the language poetry I read in my local public library. So I know to be true that the following—my opening gambit—is well after the fact. That’s true, but it’s just a caveat. I get the feeling my indefinite childhood is increasingly passé.

Corona was the first book by Bruce Andrews that I read, circa 1976. I was drawn to it for its strict, if oblique, economies, but also because its exclusions reveal as much as its manifest content. I suppose my primary “rubric” for poetry is that it not assume a place for itself, but rather that it construct such a place in fidelity to the contingent logic that requires it to be as it is and not otherwise. For better and worse, as they say.

No less intriguing, however, was the sense that Andrews was building — that is, batching and sorting “mouth signatures” via “all kinds / of robbery” — a scalable vocabulary for the work to come, albeit I had no idea of how capacious that scale would soon become. Was the magisterial mayhem of The Millennium Project already present in nuces in the “tipped / lobes” of Corona?

Introduction and commentary on the digital reissue of 'Big Allis'

To mark the occasion of the digital reissue of Big Allis, editors Neilson and Grim have written the following introductory notes alongside commissioned reflections on the magazine by designer Jean Foos and a few of the magazine’s many contributors.

The idea of bringing Big Allis to a new readership occurred to me one summer afternoon last year while combing the Jacket2 Reissues archive. I am grateful to Danny Snelson for deeming Big Allis worthwhile to “go big” and be added to the J2 bill. Danny and Amelia Bentley have been artful and meticulous with getting Big Allis safely stored in a user-friendly repository.

Howe interviews Bernstein and Andrews in 1979

On March 14, 1979, Bruce Andrews and Charles Bernstein visited the studios of WBAI in New York and were interviewed by Susan Howe, host then of the Pacifica Radio Poetry Show. This installment in the PennSound podcast series, introduced again by Amaris Cuchanski and based on editing done by Nick DeFina, features an excerpt from that interview focusing on a discussion of opaque as distinct from transparent language and of language’s materiality.

The kind of poetry I want 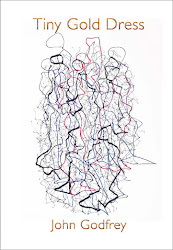