Michael Kelleher, Daniel Bergmann, and Ron Silliman joined Al Filreis for a discussion of three poems by Larry Eigner. The first, “Again dawn,” was written in November 1959; the second, “A temporary language,” was composed on September 1 and 2 in 1970; and the third, “Unyielding / rock,” was written on May 31, 1971. These poems, respectively, can be found in the magnificent Stanford University Press four-volume Collected Poems, edited by Robert Grenier and Curtis Faville, volume 2, page 357; volume 3, page 970; volume 3, page 1,013. PennSound’s Eigner page has remarkable recordings of various occasions when Eigner read his poems. Our recording of “Again dawn” was made during Eigner’s appearance on KPFA radio in Berkeley with Jack Foley in March of 1994. Our recording of “A temporary language” and “Unyielding / rock” both come from an album entitled around new / sound daily / means: Selected Poems, produced and issued by S Press as their Tape No. 37, recorded by Michael Kohler at Swampscott, Massachusetts, July 1 and 11 in 1974.

As an aid to those who will hear the podcast without having the text of the poems in front of them and thus might have trouble discerning all the words in Eigner’s performances, we asked Ron Silliman to read the poems also. This is a decision made unlightly, and indeed we took time during the podcast to reflect on it. And, as Dan Bergmann suggests in his generous response, such considerations are themselves related to the fundamental issue Eigner raises in his verse: what it means to be “articulate / beyond walls.” Kate Herzlin, Dan’s aide who bespeaks what Dan spells on a spellboard, serves for him, he says, a role analogous momentarily to Ron’s as he rereads Eigner. And as for whether the idea of a necessarily “temporary language” supports or inhibits poetic immediacy, force, and accessibility — one of Eigner’s ongoing themes — Dan observes: “Immediacy and force are not my friends, but I don’t think clarity is better than truth.”

Michael Kelleher, who joined us at the Writers House having traveled from New Haven, where he is the director of the Windham Campbell Prizes at Yale University, announced — to our delight — that the suite of annual prizes will now include the category of poetry for the first time.

PoemTalk #97 was directed and engineered by Zach Carduner, Nick Seymour, and Adelaide Powell, and edited by Zach Carduner. Next time on PoemTalk, Herman Beavers, Salamishah Tillet, and Christopher Mustazza join Al in a discussion of a newly rediscovered 1935 recording of James Weldon Johnson’s “O Southland!”

References below are made to The Collected Poems of Larry Eigner, ed. Curtis Faville and Robert Grenier (Stanford University Press, 2010), in four volumes. 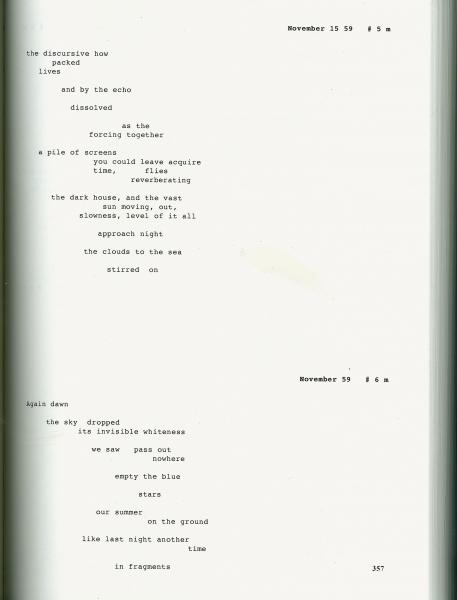 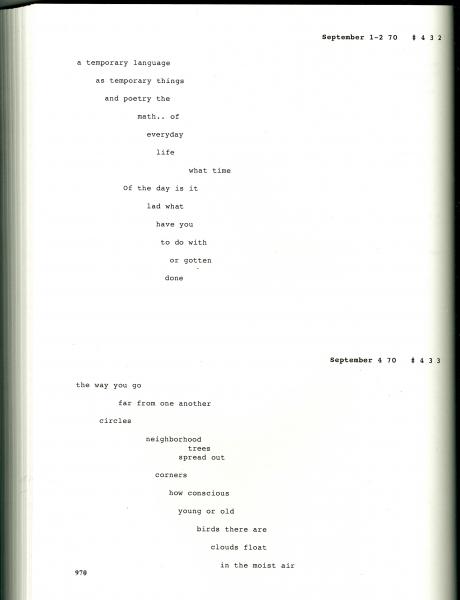 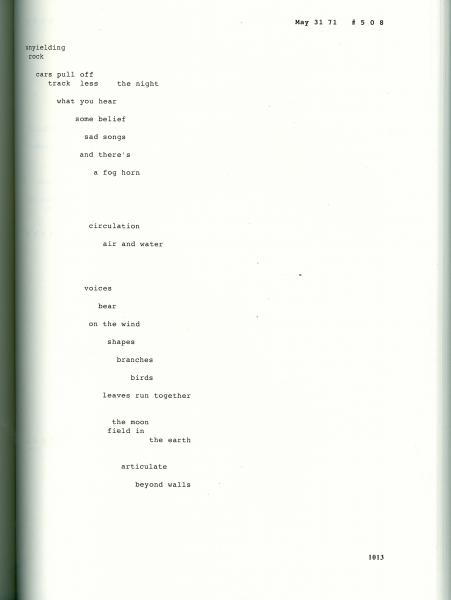