Mark Nowak, who joined Husnaa Hashim, Meg Pendoley, and Al Flreis for this episode of PoemTalk, is one of the few contemporary artists who has organiziationally sought a way to recontextualize working-class consciousness and activism within the American labor movement into 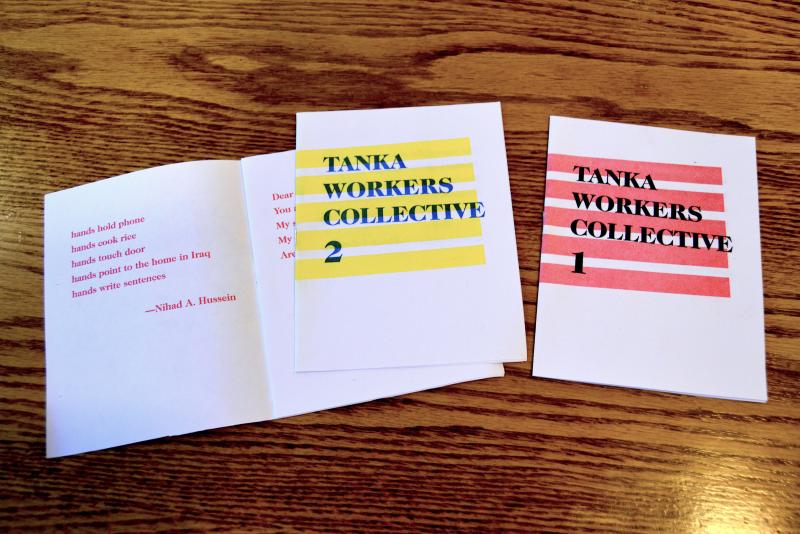 the poetics and media art of the twenty-first century. Mark’s new labor poetics has led him to found Worker Writers, an institute that organizes and facilitates poetry workshops with global trade unions, workers’ centers, and other progressive labor organizations. Mark and Al cocurated this special edition of PoemTalk. We discuss six short poems following the tanka form. The tankas were composed by three poets — two tankas each by Christine Yvette Lewis, Lorraine Garnett, and Davidson Garrett. The poets are members of the Worker Writers School, which meets regularly in New York City. The recordings we hear in the episode were made by Brooklyn-based filmmaker Zardon Richardson at a meeting of the workshop on February 2, 2019. Here, below, with our program notes, we make available the films of these poets performing their poems. (Image above: a sampling of tankas published in issues of Tanka Workers Collective.)

Christine Yvette Lewis is a leader of Domestic Workers United and a full-time domestic worker. She helped organized the passage of the first domestic worker bill of rights in the US.

she dust legacy
privileged oil paintings, things
peruvian belle
almost 8 years here. this house
no room for her. except work.

What did you expect
Can we clean this filthy house
Need soap, Pine Sol, bleach
They wept, washed the floor with tears
It turns, stop pouring the bleach

More information about Worker Writers can be found here. The group tweets @WorkerWriters.