Sawako Nakayasu, Donato Mancini, and Gabriel Ojeda-Sague joined Al Filreis to talk about two poems by Sueyuen Juliette Lee. The poems were published in a chapbook titled Perfect Villagers (2006) and later collected in That Gorgeous Feeling (2008). “Dear Margaret Cho” (actually one of two poems of that title) and “Daniel Dae Kim” were among the pieces from the “perfect villagers” series performed by Lee in a reading she gave at the Kelly Writers House in January of 2007. The recording can be found at Lee’s PennSound page. The texts of the poems can be found here [PDF] and are also reproduced below. 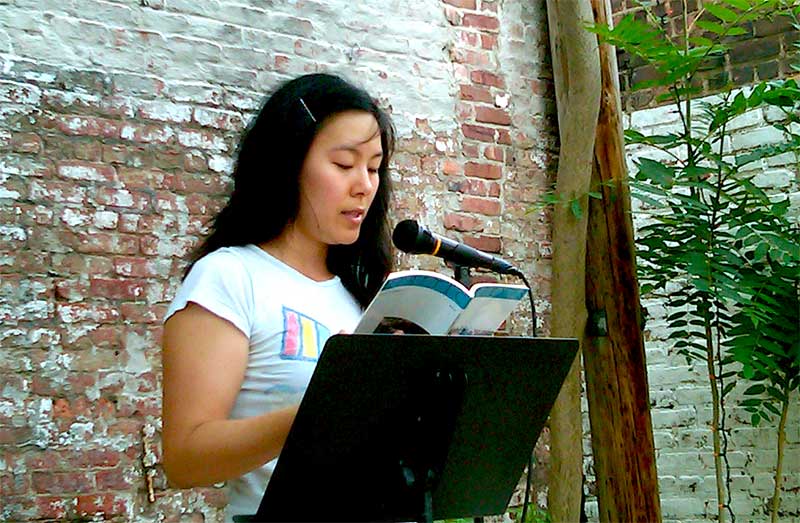 The four PoemTalkers attempt to assess the effects on Lee’s powerful lyric about Daniel Dae Kim enabled by his fame as “the sexiest man alive” in 2005, per People magazine. The poem, seemingly a verse portrait, begins with “a perfect symmetry” — he is after all, in the public eye, the truly “perfect villager” — and concludes with a Korean American body as it is constructed of “beautiful tangents.” In “Dear Margaret Cho,” the stand-up body is directly addressed, notwithstanding an intense style of indirectness. “[Y]our tongue might wreak more havoc than it speaks,” the speaker wisely observes, for that tongue presents (to Cho’s audiences — but also to Lee’s?) its physical as much as its rhetorical aspect. The group ponders the various inner and outer manifestations of Cho’s (and Kim’s) line-crossing as Korean American stars. For Cho, “a pubic mound transforms into a public space,” as she (as it were) keeps puting herself out there.

This episode was directed and engineered by Zach Carduner and edited by the same Zach Carduner. The PoemTalk team at Kelly Writers House wishes to thank Nathan and Elizabeth Leight for their ongoing support, and our partners at the Poetry Foundation. 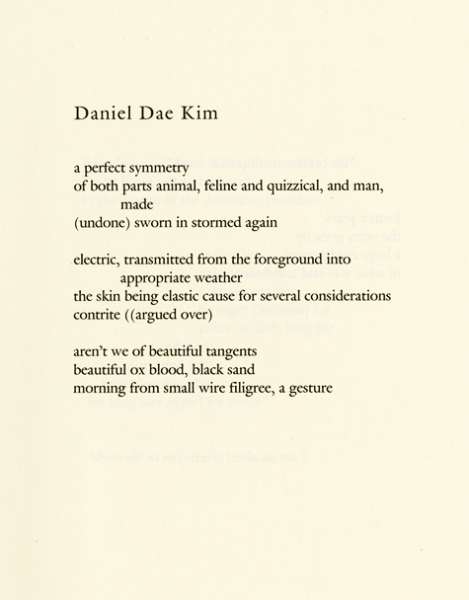 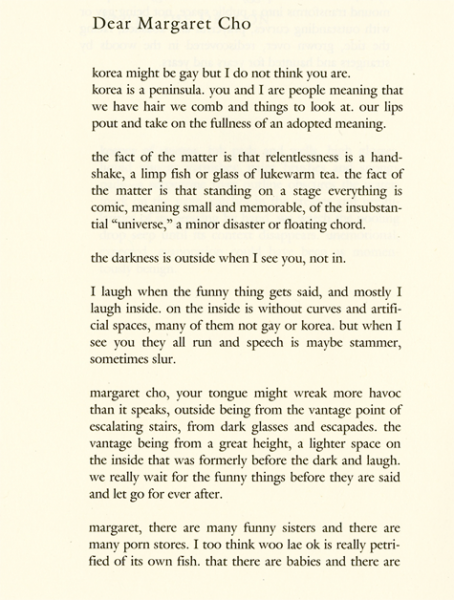 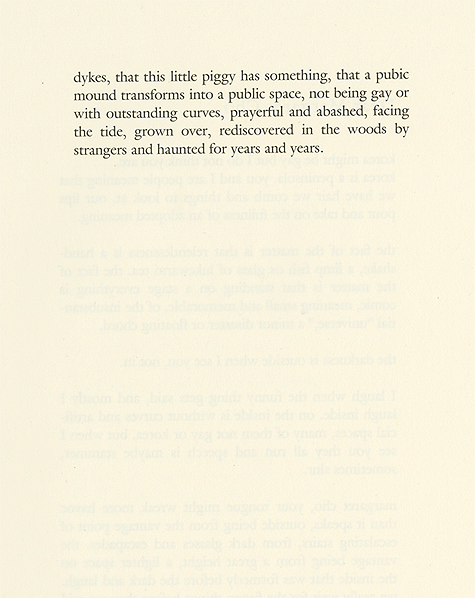