Are you the spume of Laussel, archaic dust dimpled & savory?
Something in the air I nourish to steel myself against
the Selfhood that lays claim to all rapture?
And if Laussel — is it the poet she is raising in her right hand?
The eagle of inspiration sinks talons into our shoulders
lifting us up & off in flight to an underworld
echoing the Paleolithic as well as vaults in the Congo today,
monstrous deformations of psychic space.
So, I am held here in the grip of these printless digits
slightly above the head of one whose glacial face is scraped
clean of green immersions. Do I channel you through
the skullracks & roses assembled in Tenochtitlan & blessed by Dante
in a Beatricious swoon? Of what does inspiration consist?
Spires of incest over the ages, wirings
short-circuited, then re-fused. I suppose you are part pedestal
part sty part abyss part snake. And if I tunnel,
does the mud around me contain a cast of yous, cell walls, cloisters,
every woman with whom I have traded eyes, particles of
a nebula, all colors, gaseous edges, inner space?
You is your target, your mandala,
bison gaze through the puberty glyphs of transpersonal alarm,
you blank egg, rank ocelot aprowl in legends which enter me through
the godspell of you. The muse as you,
Pandora hexagram milling with changes,
ochre disk on a stone wall bearing in its menstrual, apotropaic sigil
the print of Cro-Magnon woman embedded so
deep in collective mind we can only wonder
if planetary peril is not inscribed from image's beginning.
And what might that script be? Palmed stone or horn fragment
felt as the presence of one dead, one dead as oneself,
oneself at a womb moment when preconsciousness percolated as
mother consciousness through the caul. Does
Laussel raise the supreme, spectral memory of this sensation?
You-image with its angel-insectile feelers
probing the jargon of consciousness to be
rising like a jellyfish drawn up through surging salt by
solar warmth. You muse, you image muzzle, you diaphanous mouth,
tasting the angel matter that I offer at the peak of a pyramid
whose every level argued against life. 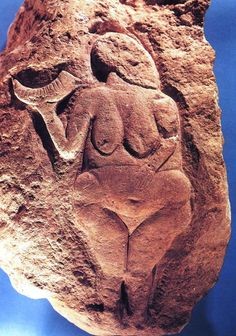 THE IMAGE IS THE PLACE WHERE I PUT ON MY SOUL

The image is the place where I put on my soul
as if it were an inner lining, or a line
I can reach here, say, one I would drape around me
& then throw off, a death line
twisting down into those depths they say cannot be fathomed,
Cro-Magnon sensations, Neanderthal knots,
earliest shamanic accord, a cord then by which
a master spirit might climb, spinal,
electric with tantrik lesion, so do I sense my Muladhara Chakra
molt the serpent lounge latent in
that magic region Artaud so feared — between anus & sex,
the lower mid-point where the soul snake sleeps
— wonderful idea, all our lives? Through
everything? — until we whistle her up (I assume she)
and she rises along our spines, in the fantasy that sperm & brain
might wed, or are already wed, that the mind is a masculine
spermal animalcule, & that we are frequented by a feminine force …
I do not think my Muladhara is feminine
nor do I identify my imagination as masculine.
I reject duality of the spirit and vote for the orgy of
contested mind, lines in contest to
realize soul, the image in exile (at Lascaux?)
beckoned by the bathyscope of the poem
lowered into places squirrels reflect, or robins
ruminate, animal lager … for the shaman from the start has
a bull's head, which means he spans
the I & other of formative consciousness.
Artaud feared the Muladhara because he believed God
would murder him there. Interesting. That God is most active
on the balance pan between shit & sperm
HE KILLS AT FULCRUM
anyone, especially one seeking to be fully born.
God certainly exists. He is at throne in man's Muladhara,
blood vessels like ranging choirs hallow him by the moment.
He is what we have deposited of
fruitless immortality into flesh and the legacy of flesh.
God only exists as an escalator into nerve & musclework,
as a human death-hate aggrandized into a celestial volcano hovering
love.

[From Pollen Aria, a new collection of poetry & prose, to be published by Black Widow Press later in 2018.]