Julia Bloch, Joseph Massey, and Michelle Gil-Montero joined Al Filreis to discuss four four-line poems by William Bronk. The four were selected from Bronk’s book Finding Losses, which was published by Elizabeth Press in 1976. PennSound’s Bronk page presents two recordings, both done in the fall of 1978. Performances of “The Inability,” “On Being Together,” “The Rapport,” and “Names Like Barney Cain’s” can be heard in the recording made by Verna Gillis in Hudson Falls, New York, on October 13, 1978. 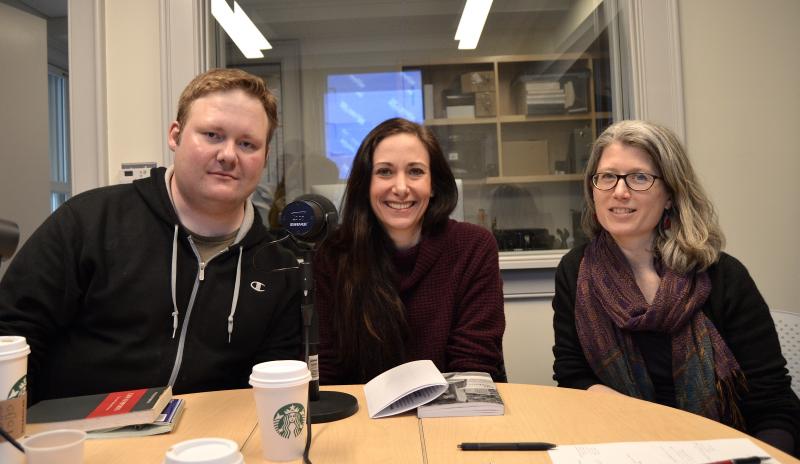 Al asks Joe Massey — a poet influenced by Bronk — if the inability to write fictively (“Make believe”) in “The Inability” corresponds to an inability to relate, to touch, to love as presented in “On Being Together.” Joe responds by describing Bronk’s utter rejection of the pathetic fallacy. The world is unabettably bleak, and that desolation will not be lessened by the writer’s act of “compar[ing] trees to what it means to be human.” Indeed, all four of these poems, Julia adds, identify “an honest acknowledgement of how deep and challenging intimacy can be,” and that challenge not only extends to poetry but is at the heart of it. Michelle agrees, and turns back to “On Being Together,” the poem about trees, describing it as presenting the fundamental “problem of proximity,” which is a problem of being, but also one of representation. Bronk’s persistent understanding of this problem, Joe says, is chiefly why he is to be admired — for believing that he, despite a powerful urge to write, is “unable to say anything that is definite.” The powerful utterance of the word “nothing” at the finale of “Names Like Barney Cain’s,” a poem about what’s left when only a name remains, testifies to such unfixed doubt.

This ninety-ninth episode of PoemTalk was directed and engineered by Zach Carduner, and edited by the very same Zack Carduner. PoemTalk is cosponsored by the Kelly Writers House, the Center for Programs in Contemporary Writing, and the Poetry Foundation. The next PoemTalk will be our 100th; such a centenary provides the occasion for us to gather together eight poets who have joined us for PoemTalk previously, for an extended conversation that features retrospectives on sixteen episodes, and on the series overall. Look for that episode in May 2016.

She wants me to say something pretty to her because
we both know the unabettable
bleak of the world. Make believe, she says,
what harm? It may be so. I can’t. I don’t.

I watch how beautifully two trees
stand together; one against one.
Not touching. Not awareness.
But we would try these. We are always wrong.

There’s a dead dog at Barber’s Bridge
tied to a tree and two ugly stories why.
Make your own choice; either could be.
Hearing, seeing, I believe both of them.

Two locks on the Feeder are named for him.
I have asked and nobody knows who he is.
Alexander, Alfred, Quetzalcoatl,
nobody, nowhere, never, nothing.