From the Handbook of That & Furriery

A Natural History in 3 Incomplete Parts

Bruce Andrews & I compiled this list (from the archives) 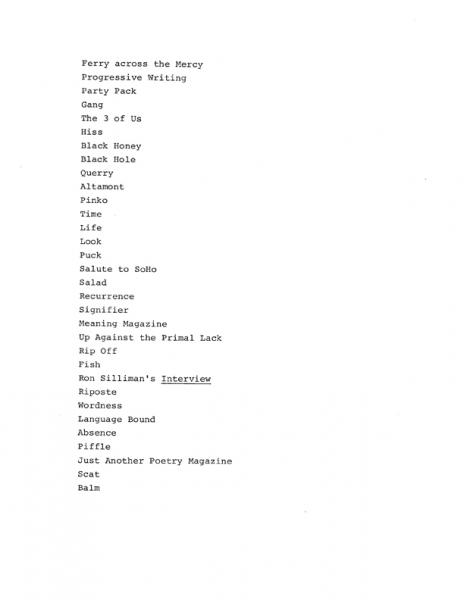