The lives of the experimental poets 16–18 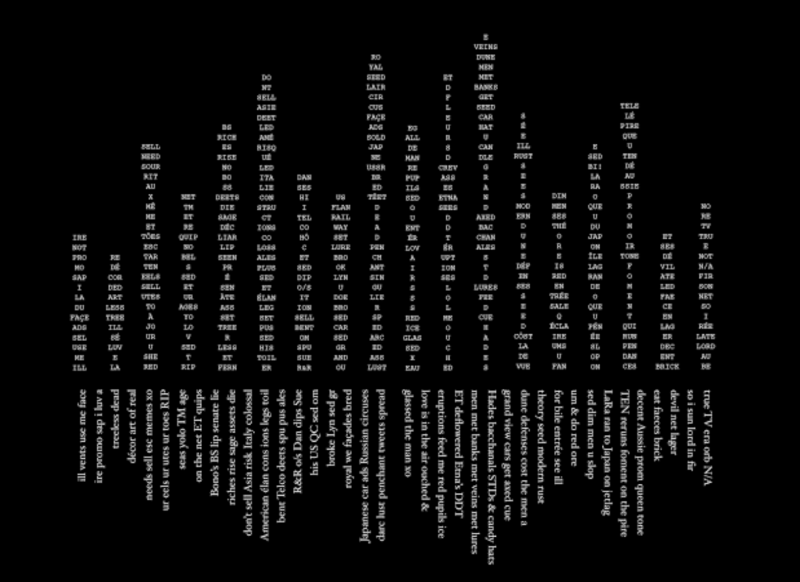 “To stick to things, to sail over them, both are wrong,” writes utopian Marxist philosopher Ernst Bloch in The Principle of Hope. In scenes of emergent Australian poetries, a new generation of experimental writers equipped with “radical hope” pursue the dream of the New as the avant-gardists did; but understanding that the way to do it is neither sticking to what has been (past vanguards) nor sailing over those works. 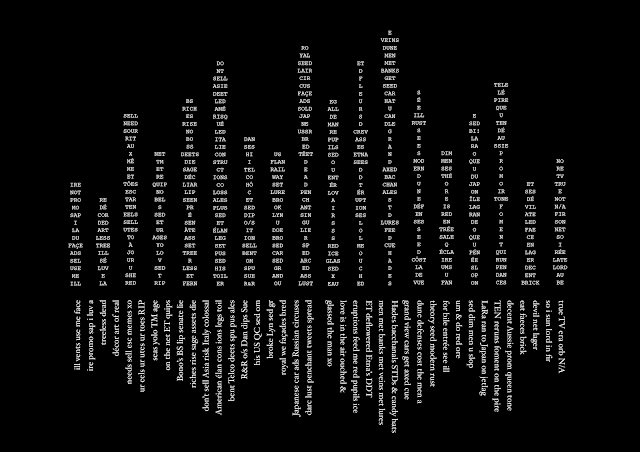 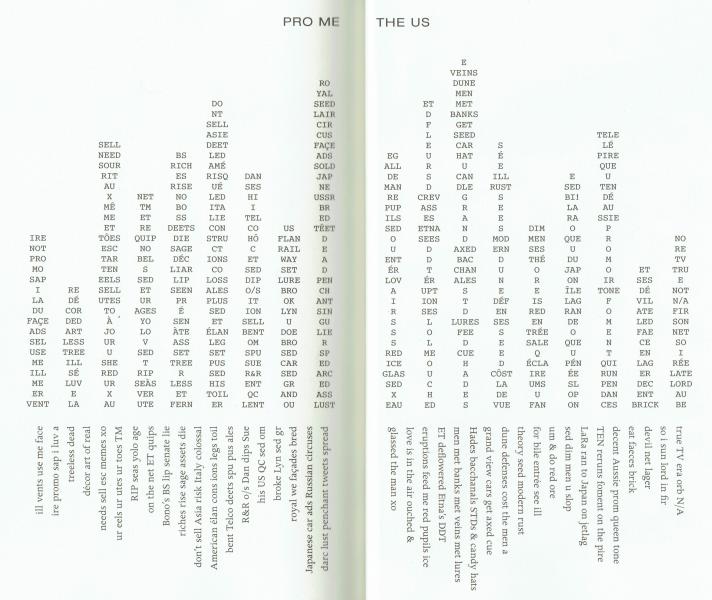 Two versions of a poem, above in Otoliths (journal) the other in The Bloomin' Notions of Other & Beau (Vagabond 2016)

The lives of the experimental poets 7–9

The tension between sentence fragment, sententia, long line, short line, and break is bravura. Also “cura,” with a certain care with language, following Rachel Blau DuPlessis in Blue Studies: Poetry and Its Cultural Work (2006). Address. Discussing the work of McKenzie with Pam Brown recently she recounted a seminar at UTS (University of Technology, Sydney) organized by Peter Minter around 2005, where McKenzie performed her poems, all memorized, no script to read off.

In Geraldine McKenzie’s poem “Full Bore,” included in her collection Duty, a stanzaic pattern emerges. Here’s how it begins:

Full bore. As at. The statement should be the clearest possible

sentence, if it could be

The lives of the experimental poets 10-12

In the voiceover to the 1991 film Eclipse of the Man-Made Sun, a film about the “language of the user” of atomic bombs and nuclear energy in times of proliferation, directed by Amanda Stewart and Nicolette Freeman, Stewart exposes the language of nuclear weapons. This is a film attentive to cinematic language and its particular modes of invention. Letters crop up red across the screen with the acronyms (Permissive Action Link [PAL]). So the language tells us, they’re your “pal”: the weapons are humanized, the victims, dehumanized. Later on, the documentary enters into increasing levels of abstraction — some might see a resemblance to the “Star Gate” sequence of 2001: A Space Odyssey — but it’s that abstraction that becomes the critique. The saturated color breaks away from the cinematic citation of advertisements and clips from mid-century Australian propagandizing around atomic energy and the use of uranium.*

After Christopher Brennan’s 1897 post-Mallarmean experiment, the Musicopoematographoscope, a handwritten, part-parody, part-founding poem in the history of Australian inventive poetics, it is difficult to find sustained instances of avant-garde or neo-avant-garde poetry in Australia. But there is one figure from the postwar period that stands out as coming close to such a representative: Harry Hooton (1908–1961). Hooton was a member of the anarchist Sydney PUSH movement, a leftist interlectual subculture that thrived from the ’40s to the ’70s and gathered loosely around the University of Sydney, and editor of the literary magazine 21st Century. Philosopher, poet, and raconteur, “unjustly neglected,” “forgotten,” “scorned by the literary establishment,” Hooton, who fashioned his own philosophy of “Anarcho-Technocracy” was a “cult figure in Sydney’s libertarian circles,” as the back cover of his 1961 collected poems Poet of the 21st Century put it. Harry Heseltine is similarly prophetic: “occasionally such a figure is suddenly seen to redefine himself at the center and to generate a whole new output of mainstream poetry.”

After Christopher Brennan’s 1897 post-Mallarmean experiment, the Musicopoematographoscope, a handwritten, part-parody, part-founding poem in the history of Australian inventive poetics, it is difficult to find sustained instances of avant-garde or neo-avant-garde poetry in Australia. But there is one figure from the postwar period that stands out as coming close to such a representative: Harry Hooton (1908–1961).