'Hello darling,' is the enjambed title of Fiona Hile's poem, published in the 'Life and Style' section of The Age (Melbourne's daily broadsheet) last Saturday. This is what I want poems to say to me. At least on Saturday morning. A bonus of being a poet in Melbourne is that the newspaper publishes a weekly poem (selected by poetry editor, Gig Ryan): that week's poet's chance to reach beyond their usual audience. I had a sense that I'd made it (though the underground has many mansions) when I first published in The Age. People read the weekly poem that may never buy a poetry book. They even cut them out.

George Kuchar was one of the most creative, original, and influential filmmakers, straddling between two generations of North American iconoclasts, including Stan Brakhage, Ken Jacobs, Rudy Burckhardt, Kenneth Anger, Michael Snow, Warren Sonbert, Ernie Gehr, Abigail Child, and Henry Hills. Often collaborating with his twin brother, Mike, the Kuchars started making films as Bronx teenagers and these early films already show the ingenuity, exuberance, and do-it-yourself charm that they would keep over their scores of subsequent films. 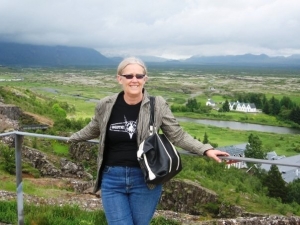 I have been grimly awaiting the official announcement of Kathryne Lindberg's death, after she disappeared in December, 2010 , an apparent suicide. Her body was recently found and the family has released this announcement, with information on a memorial service. Kathryne's first book was Reading Pound Reading: Modernism after Nietzsche (Oxford, 1987) but her research in recent years was on African-American literature and Communism, focussing on the 1930s. She spent years researching her book, so it is my hope that her notes or drafts might somehow be rescued. Kathryne was an editorial board member of boundary 2. And married the poet Murray Jackson, whose death stayed with her till her own death. I last saw Kathryne when she came to Chicago, with my cousin Susan Bernstein, to see Emma's show at DOVA. Kathryne, like they say, did not suffer fools lightly, really not at all, and she did not suffer the foolishness in herself either I suspect. She was unrelenting in the harsh light she cast on American racism and its centrality for understanding American literature. She used her formidable wit, charm, and knowledge to undercut any argument that would ameliorate this history, our history as Americans and as American writers.

Some compass points for ecopoetics

While sound marks the “true North” of the ecopoetics compass, Northeast and East point to conceptual and procedural writing and to documentary and research poetics, respectively: modes of writing keyed explicitly to the past. Conceptual and procedural writing occupy the Northeast front out of their instructive orientation to European modernism (more explicitly than any orientation to more recent developments in poetics around the globe), while documentary and research-based practices work directly with history, and/or what has been documented, as their primary material.