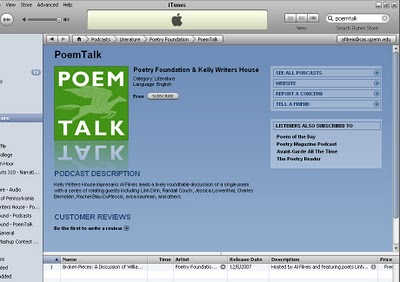 The podcast series "PoemTalk" is now available on iTunes. Just go into your ITunes music store and, in the search box, type "PoemTalk." Then click "subscribe" and each new episode will automatically load.

When Warhol had trouble getting a gallery

Liberation: Hide the worker inside the Times

Maurice Diamont survived the holocaust and, after liberation from the camps, came to the U.S.

When Diamont was ten he was frightened by a Nazi parade. He had grown up in Frankfurt, Germany, in a completely Jewish world. His family fled to Italy where he was safe until the Germans came in 1943. After that, it was a nightmare. But he survived the camps, as I say, and made his way to New York.

Here are his recollections about arriving in New York:

He dropped Coltrane on Moscow 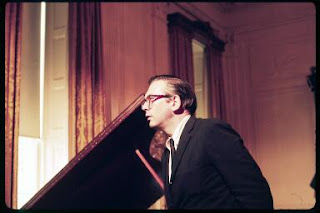 Willis Conover, the Voice of America disc jockey who fought the Cold War with cool music, captured the hearts and liberated the spirits of millions of listeners behind the Iron Curt