Few magazines have exploded the periodical format like Tom Raworth’s remarkable Infolio. The magazine was published in Cambridge, UK, at three distinct intervals (daily, weekly, and biweekly) across 116 issues from the summer of 1986 until the fall of 1991. In each issue, the cover features a work of art while the interior features a spread of poetry. For both cover and interior, Raworth reproduced submissions of original manuscripts. In this way, from a media archeological perspective, the magazine records the writing tools of each of its contributors — or, as Raworth notes, “strange now to think there was a time when one could recognise a friend’s typewriting.” The back covers (pictured below) contain editorial notes, bibliographic information, collages, and colorful cork-stamps by Raworth.

The format responds to Claude Royet-Journoud’s daily xerox magazine L’In Plano (published on a single plane) with Infolio (published with a fold). Anticipating Royet-Journoud’s four-page magazine Zuk, each issue of Infolio consists of a single matte cardstock sheet of A5 paper, folded to A6 measurements at 5.83 × 4.13 inches. The periodical came in three series: the first forty issues appeared daily (Monday to Friday from July 1 to August 25, 1986); the next sixty were weekly (October 3, 1986, to November 27, 1987); the final sixteen alphabetically organized issues were published roughly biweekly (October 1, 1990, to August 7, 1991).*

Concertedly international, Infolio features 209 contributors from over a dozen countries. This reissue updates Raworth’s own online index to Infolio as an aid to navigate its formidable roster of poets and artists. The revised index can be found here.

The complete set of 116 issues and related supplements is available for download here: [zip, 103 MB]. Below are links to searchable PDFs of each issue for viewing or download. 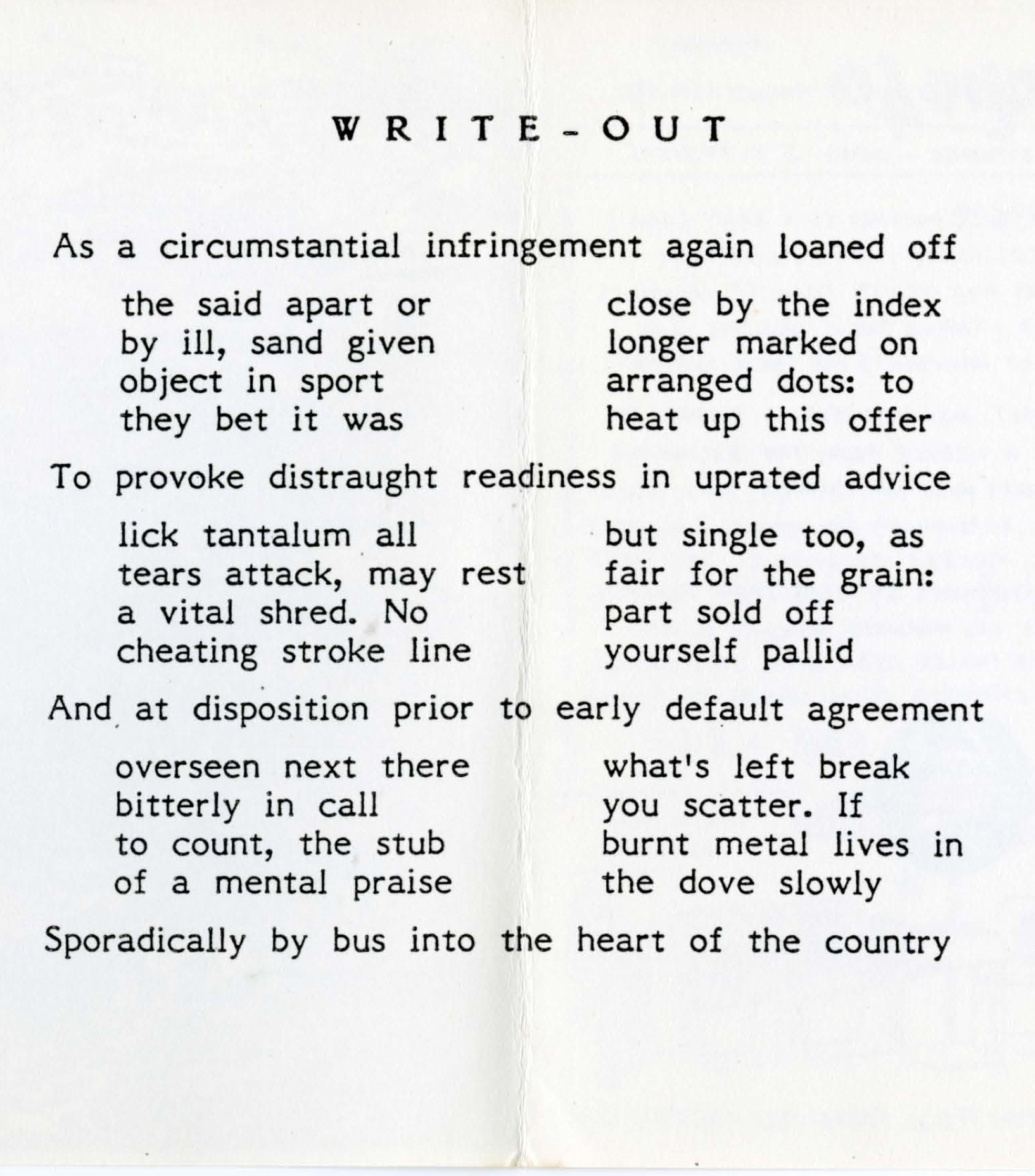 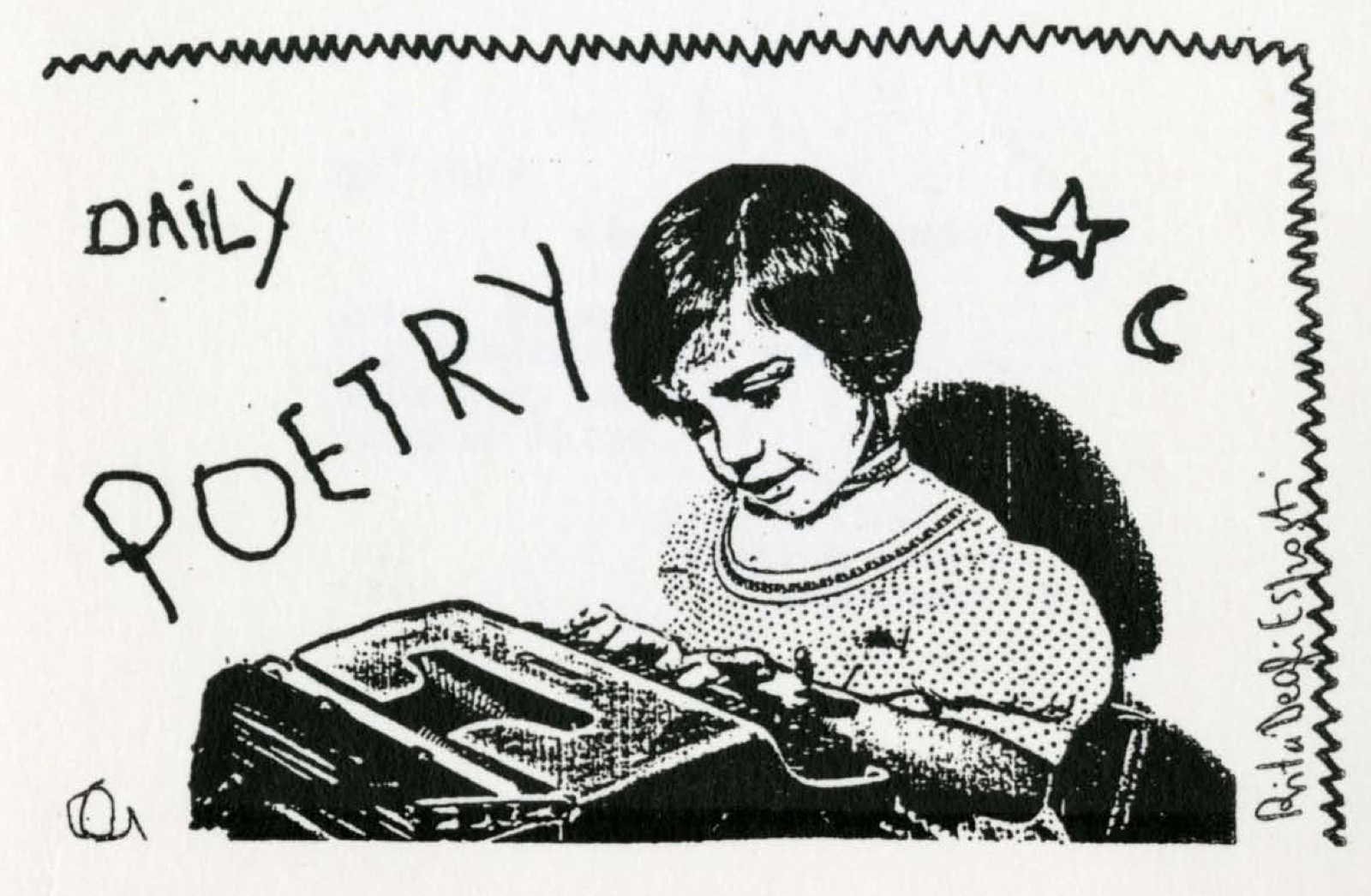 This reissue published with immense gratitude to David Ball for his gracious loan of the magazine for digitization. Additional thanks are due to Dane Mainella and Amelia Bentley in the production of the PDF files for this release.

*Where hard copies of the magazine were not available for reissues scanning, low fidelity images have been used. This includes issues A-F in the third series and a number of the supplements. These issues will be updated once better quality images become available.

Jacket2 Reissues is an archival platform for magazines committed to poetry and poetics. We publish fully searchable facsimile PDF editions, scanned in high resolution and organized with bookmarked content. Reissues places a stable collection of complete magazines in dialogue with the ongoing publication patterns of the website. Reissues is edited by Danny Snelson with scanning support by Amelia Bentley, Ben Filreis, and the Kelly Writers House.