The closer one gets to the present, the harder it gets to pontificate convincingly about the significance of it all (which might be seen as casting retrospective doubt on earlier assertions and certainties, also).

I’ve chosen for the last of my State-of-the-Nation poems peri poietikes by Michele Leggott, from her book of laureate verses Mirabile Dictu: “wonderful to relate”. Not, you’ll note, mirabile visu: “wonderful to see” – Michele is legally blind, and has been fighting a long rearguard action against macular degeneration for almost twenty years now.

I first heard the poem on a wintry night in Titirangi, one of Auckland’s western suburbs, in the heart of the Waitakere ranges. A group of us had been invited to a joint Poetry Day reading upstairs in the Lopdell House gallery, and Michele was trying out her latest device for live performance: an ipod with the poems already recorded on it, so she could recite them line by line after her own voice coming through an earpiece.

This was in succession to hugely expanded sheets of paper, with the print getting bigger and bigger each time; computer tablets with the words shining out in white on a black background; and even projectors shining the words on the walls around her. The ipod is the most satisfactory solution to date.

It was a breathtaking reading, all the way from the “Cretan bee persons” at the beginning to that gentle “surely this is something you can understand” at the end.

Luckily I knew that the whole poem was already up online, at the New Zealand Electronic Poetry Centre site (nzepc for short) which Michele co-administers with Brian Flaherty and various other advisors. Her encroaching blindness has forced her to move much of her poetic activity to the internet, and by so doing she’s opened up new vistas and opportunities for the rest of us.

Not only was the poem there, but also a prose commentary – or rather prose counterpoint – to its words. What, then, is it about?

The idea of the blind seer who can understand or intuit more than the rest of us is certainly a mythological commonplace: Tiresias, invoked by Eliot in the Waste Land; Homer; Milton ...  closer to our own day, Jorge Luis Borges. It’s a trope which goes back at least as far as Shamanism and possibly even further back than that.

And of course that invocation of “cretan bees” does tend to put us in a mythological frame of mind, to the Cretan honey-goddess Melissa, and the Feminine Bee Oracle who preceded Apollo’s Pythia at Delphi. “How much can you see … less than I could a year ago … and more than a year ago too.”

Michele’s own commentary on this passage mentions the death and interment of Hone Tuwhare, “grand old man of New Zealand letters and pre-eminent Māori poet” – she goes on to speak of her own investiture as New Zealand Poet Laureate, an office she was clearly determined to embrace with the “grand ceremony” it entailed.

“Heartbreak    exaltation.” The uniqueness of Michele’s situation cannot be allowed to obscure the analogy between her fear of “of the edge    of the dug up crossing    the overhanging / branch    or the children sitting in the middle / of the path” and our own teetering on the brink of uncertainty. Is it to be that leap into “inhabiting only the moment,” or walking back into the shadow of our isolation, alienation from one another?

It’s not a pompous poem, though – not humourless. What would be the point of that? Bees must float lightly, effortlessly, in order to be themselves. As Michele says in her prose on this passage, “the poems see what I can’t.”

At this point the poem does a very interesting thing. It flips into a kind of inassimilable reality with that mention of the dead possum on the beach. How does Michele put it? “I am busy recapitulating early business with the bees and magnolias when they suddenly deliver a dead possum into the mix. Why? Because it is there on the beach, not the kind of thing anyone wants to stumble on, eyes or no eyes. I try taking it out of the poem. It won’t budge.”

However, the poem says: 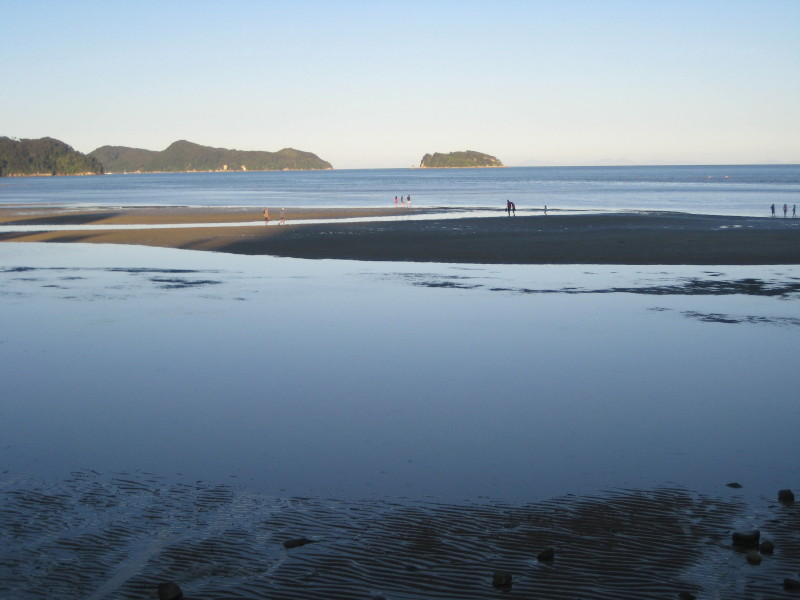 And here a little local context becomes, I think, unavoidable. There’s a classic poem by Allen Curnow called “A Dead Lamb,” which begins:

Never turn your back on the sea.
The mumble of the fall of time is continuous.

There is standing room and much to be thankful for
in the present. Look, a dead lamb on the beach.

Infinite argument has been bestowed upon that dead lamb on the beach. Does it denote the death of the Christian tradition, in favour of a kind of merciless realism of utterance (one of the other things on that beach is a Japanese fisherman’s float):

You say it is a certain thing. And it is that thing. But does saying it make it that thing, or does it constitute areality separate from speech? It all sounds a bit like Steven’s man with the blue guitar, who did not play things "as they are."

Michele’s dead possum cannot but take on some of the “terrible stink” of that dead lamb. And yet she has her own way of resolving that Realist / Nominalist controversy we were on the point of disappearing into, like the mise-en-abîme of a bunch of medieval scholastics.

The bees are silent before such profundities – but the cicadas more than make up for it in loquacity. “Around poetics / you must walk without fear.”

“Jump from the join.” I guess another way of saying that would be to search for the aporia, the gap, the moment of paradox and contradiction. Poetry sends an electric spark across such circuits, giving the momentary illusion of spanning our uncertainties and converting them into transformers.

Line-break is what the ancient Greeks knew as apo koinu, literally away from the join. Koinu is almost corner, apo as in apohelion away from the sun or apocalypse breaking from cover, revelation. Not that the possum, now very smelly indeed, is apocalyptic but it does give me the chance to align apo koinu with the almost-translation a possum in the corner. There are other bad jokes in the poems which are not fussy about where they scavenge for content.

A poem full of nothing but line-breaks ends up using “line-break” as its metaphor for accomplishing the “best transfers between world and language.” It is, after all, a poem “about poetry” – or poetics – if there can ever be any clear way of distinguishing between the two.

That “possum in the corner,” then, is both the point of the poem and its Achilles heel. Like Larkin's "Arundel Tomb," it attempts to prove its "almost-instinct almost true": but the last flash of connection must (as always) be supplied from outside.

Am I wrong to hear in those last lines an echo of Baxter’s “When they brought the dead child into the meeting house / She opened her eyes and smiled”? In any case, it becomes clear that Michele’s poem has been about the same things as his all along – the harrowing of hearts, the possibility of “of inhabiting only the moment.”

It might seem an unlikely state-of-the-nation message, then, but after all it is only a poem, and – like bees –  what can poems be expected to do for us, finally?

we fly    and sing
surely this is something you can understand 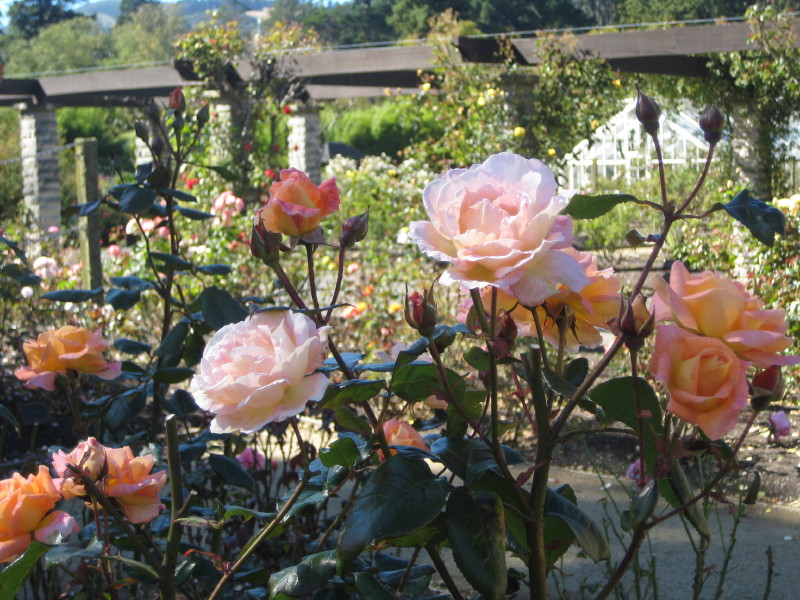