1946 was a good year for poets. Along the fruits of that bumper crop were Alan Brunton, peripatetic troubadour and (co-) founder of radical theatre troupe Red Mole; Bill Manhire, Dean of the Wellington school and unquestioned Top Bard of the country; Sam Hunt, restless road warrior and heart-sore lyricist – and Ian Wedde, New Zealand Poet Laureate for 2011-13.

It’s Wedde [pronounced Wed-dee, not Wed, in case you were wondering] I’d like to talk about here. He’s far harder to characterize in a couple of gimcrack phrases than most other local poets. That’s if he really is a local poet. There’s always been something of an air of the largeness of outside in Wedde’s work from the very beginning.

He’s written six novels (most recently The Catastrophe, 2011) as well as fourteen books of poetry (to date), starting with Homage to Matisse in 1971 and continuing with Good Business in 2009. He’s also written essays, art catalogues, and – perhaps most famously – a combative and polemical introduction to his 1985 anthology The Penguin Book of New Zealand Verse (co-edited with Harvey McQueen).

Wedde’s was the first substantial anthology to sample poetry beyond the monoglot field of New Zealand Verse in English, the first real attempt to represent the growing cultural complexity of our society in the 1970s and 80s. That’s not the extent of his innovations in this groundbreaking volume, but that will give you some idea of where he started from. 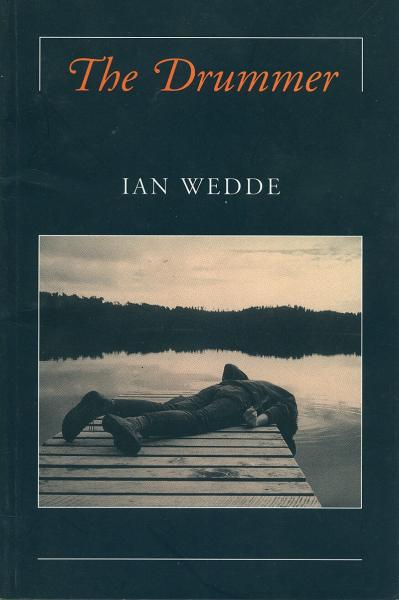 For the next entry in our state-of-the-nation poems, then, the one looking back over the mind-blowing (in retrospect) culture shock of the 1980s in New Zealand – the age of Privatisation, neo-liberalism; the end of ANZUS, our defense treaty with Australia and the US (as a result of our anti-nuclear stance); the beginnings of mass migration to New Zealand from East Asia and the Pacific rim – I offer Ian Wedde’s poem “Barbary Coast” (available, in full, here), from his 1993 volume The Drummer:

When the people emerge from the water
who can tell if it’s brine or tears
that streams from them, purple sea
or the bruises of their long immersion?

They seem to weep for the dreams they had
which now the light slices into buildings
of blinding concrete along the Corniche.
Is it music or news the dark windows utter?

Who are these people emerging from the water? Boat-people fleeing the dark realities of Pol Pot and Suharto? Europeans awaking from their long Pacific swoom? Whoever they are:

The diners are cheap and the food is bad
but you’d sail a long way to find anything
as convenient. Pretty soon, sailor boy,
you’ll lose your bearings on language.

Why “Barbary Coast,” in the first place? A pirate port, does he mean? Some kind of Freetown, the local equivalent to Burroughs’ Interzone / Tangiers? Or Kororareka, hellhole of the Pacific = the shores of North Africa, lair of the Barbary corsairs?

That crack about the diners being cheap and the food bad certainly rings true enough. Was that not the universal cry through the land through the late 80s? “At least there are more restaurants and the coffee’s better; at least the whole city doesn’t close at 5 on Fridays and open again at nine on Monday morning? Surely that’s worth a few tears, a few more bodies in the gutter?”

What’s that he says about losing “your bearings on language”, though?

Takes more than one nice green kawakawa
leaf, chewed, to freshen the mouth
that’s kissed the wooden lips of the figurehead
above history’s cut-water

That’s certainly true. We can redefine ourselves all we want, go out whoring after the Queen of the Night, but these harbour waters are brackish, slimed with the flotsam and jetsam of the past.

Trailing blood across the moon’s wake
the ship bore out of Boka Bay.

Where’s Boka Bay? A port on the Adriatic, in the tiny country of Montenegro. It’s a long haul from there to Jamaica, but not quite so long as Bligh's trip from Tahiti, where the breadfruit grow, to the West Indies, where they can be used to feed slaves.

Boca is also Spanish for “mouth” – Italian bocca, French bouche, Latin bucca, Portuguese and Catalan boca (both). It’s the safe haven of the mouth that this barque of language seems to be leaving from, bound for all points west, across the ocean:

and I can’t remember
where the silence ended and speech began,
where vision ended and tears began.
All our promises vanish into thin air.

So says the “voyager”, as his “briny eyes / flood with chimerical horizons”:

What I remember are the beaches of that city
whose golden children dance
on broken glass. I remember cold beer
trickling between her breasts as she drank.

But my paper money burned
when she touched it. The ship
clanked up to its bower, the glass towers
of the city burned back there in the sunset glow.’

There’s a great passage in Alan Brunton’s last long poem Fq (shorthand for Faerie Queene -- or does it, rather, stand for F**k you?), published posthumously in 2002, where he talks of the future he foresees for his daughter Ruby, the “bright locofocos over Ocean City”:

leaving me in my old age growing up again in
the fuzzy town of my childhood where nothing
was original, not even our peccadillos, where I
promised with my hand stuck to a tree by a
knife I’d eat the wind all my life and ramble

Is that where Wedde’s poem is going at this point? From the very outset of his poetic career he seems to have shared his friend’s need to “eat the wind … and ramble” – his second book, way back in 1973, was the Selected Poems of Mahmoud Darwish, translated from the Arabic with Fawwaz Tuqan – even before those groundbreaking longer works Pathway to the Sea and Earthly – Sonnets to Carlos.

Cool star foundering in the west.
Coast the dusty colour of lions.
The story navigates by vectors
whose only connection is the story.

The story is told in words
whose only language is the story.
All night the fo’c’s’le lamp smokes above the words.
All day the sun counts the hours of the story.

It’s all very fine. Like all of us lost in the impenetrable seas of poststructuralist 80s – “no context / nothing outside the text” – the story was “told in words / whose only language is the story.” Heady stuff, to be sure – nothing to guide us but narrative logic, nothing but language flexing itself.

Heave of dark water where something
else turns -- the castaway’s tongue
clappers like a mission bell.
Unheard his end, and the story’s.

Raconteurs in smoky dives
recall his phosphorescent arm
waving in the ship’s wake.
Almost gaily. The ship sailed on.

That castaway makes the poem, I guess.

The cloud-capp'd towers, the gorgeous palaces,
The solemn temples, the great globe itself,
Ye all which it inherit, shall dissolve
And, like this insubstantial pageant faded,
Leave not a rack behind.

I fear we were all a bit beguiled by those “glass towers” of the city, the “beaches of that city / whose golden children dance / on broken glass” in that headiest, most hedonistic of times: Auckland, Sydney, Melbourne, as much as Eliot’s own “unreal cities” from The Waste Land.

Another avatar springs to mind, though, Cowper’s own “Castaway,” set in the Atlantic Ocean during a storm, who “bitter felt it still to die / Deserted, and his friends so nigh.” In the end, though, the poet has little mercy on him:

We perish'd, each alone:
But I beneath a rougher sea,
And whelm'd in deeper gulphs than he.

Like Eliot’s, Ian Wedde’s is poem about history – or possibly the end of history. He sees the beguiling gleam of that will-o’-the-wisp in the distance, that “Cool star foundering in the west. / Coast the dusty colour of lions,” but also sees that it’s an illusion. Raconteurs may tell the tale of your “phosphorescent arm  / waving in the ship’s wake” but time, tide. language and history wait for no man:

The ship sailed on. 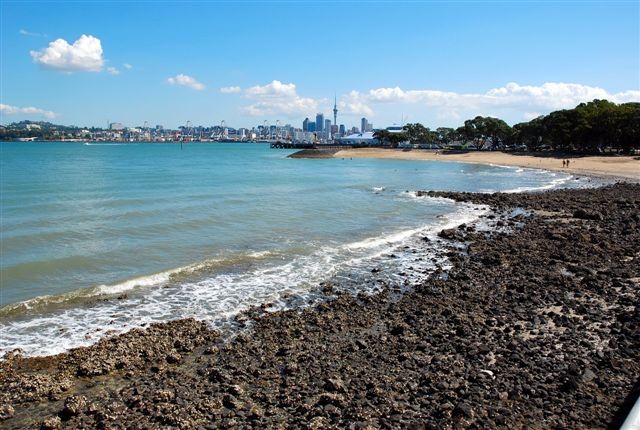