Earlier this year I was sent my contributor’s copy of Catalyst 9 (subtitled “Export Quality”). It includes a CD of poetry recordings by local poets set to music by what producer Jody Lloyd calls “a collection of New Zealand musicians”:

For this production I asked dozens of musicians for sound donations in the form of musical samples – a chord, a series of chords, a solo, a bass line, a drum beat and where those were not available, an entire track: whatever they had and wanted to give. [11]

To tell you the truth, I’d almost forgotten about the recording session for this particular project. I remember being summoned to some far-off part of town what seems like ages ago to read out a few poems, and it came as a bit of a surprise to see which one they’d chosen (a rather odd collage poem called “Vampires”). The delay can hardly be blamed on the editors of this Christchurch-based indie magazine, though. As Doc Drumheller explains in his editorial:

The production of this volume has been seriously delayed due to the many earthquakes in Christchurch and the Canterbury region. Damage to the CBD has affected the business of our design team and printers and we felt it was more important to focus on the well-being of our families and friends than to rush for the sake of going into print. [9]

Right on, Doc! All power to you and your team for making it happen at all, is what I would like to add. Fellow-editor Ciarán Fox goes into more detail in his own piece about the project:

For many, 2010/11 will be remembered as a time of disaster and loss. Certainly for those in Canterbury life took a turn for the dramatic, reminding us of our potential fragility in the face of vast natural forces. It has also shown us that we can have the kind of community that we dreamed of but thought lost. One where we know our neighbours, support each other, and rebuild together. Catalyst itself has not been immune to the earth shifting beneath our feet. [10]

It was with a certain feeling of apprehension that I actually put on the CD for a listen after all that build-up. And yet the result is, I think, very cool indeed. Jody Lloyd’s samplings and “musical beds” have resulted in some really beautiful tracks – even mine sounds good (small thanks to a pretty weird poem). As Doc puts it in his summing-up: “Now we plan to rival the beef and dairy industry with our Export Quality recording that showcases some of the most interesting voices New Zealand has to offer.” 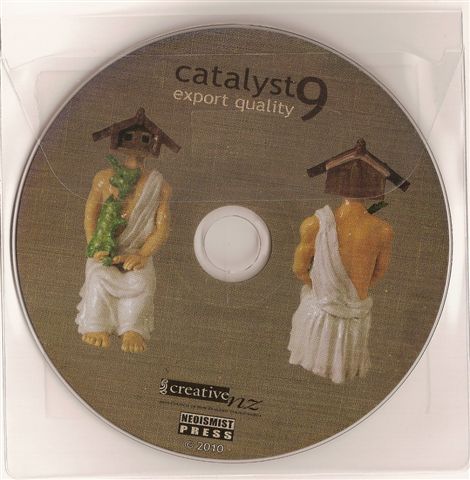 These “eerie and moving songlike compositions,” as he calls them, are, of course, nothing new. Poetry recordings are as old as the recording industry itself (that’s if the vague booming noise one can vaguely hear on CD1 of Elise Paschen & Rebekah Presson Mosby’s Poetry Speaks [“Hear Great Poets Read Their Work from Tennyson to Plath.” 3 CDs. Napierville, Illinois: SourceBooks MediaFusion, 2001] really is Walt Whitman reciting “America”). Even the idea of putting soundscapes behind spoken verse dates back at least as far as W. B. Yeats’s fin-de-siècle experiments with harp and lute-playing accompanists.

I can’t help feeling that some particularly interesting things are happening with sound right now, though – that the existence of YouTube and other websites which make it easy even for idiots like me to get audio and video tracks online has added greatly to the mana of the individual poetry performance.

There must, after all, have been a Hegelian moment of shifting energies when people no longer purchased the sheet music of their favourite hit songs to play to their family and friends at home, but instead bought the 45 (or, later, the LP). Musical historians date this moment to sometime in the 1920s, I believe – though of course it must have been different in different places. Are we approaching such a moment for poetry? The moment when all those random poetry animations and CDs and sound and video recordings suddenly coalesce to make a particular reading of a poem overshadow the page it was originally written down on  …

I’m not sure that I entirely welcome the prospect, but for the moment, at any rate, I certainly see a lot to celebrate in some of the poetry recordings that have come my way recently. One of the most interesting is John Newton’s Country & Western album – with his foot-stompin’ band The Tenderizers – Love Me Tender (Auckland: Lefthand Gun Productions, 2011).

Shades of Leonard Cohen, you may say. The difference is that Newton is by no means as confident a singer – he is as ingenious and accomplished a poet, however. While one often feels a more established artist could transform some of these beautiful and polished lyrics into bona fide hits, I think the fascinating thing about his project is the way in which he’s used it to indulge his obviously intense nostalgia for romantic excess – for the world of Hank Williams and Loretta Lynn – while still gently satirizing it with the self-conscious Grand Old Opry excess of the CD cover (art by Judy Darragh / design  by Olivia Galletly).

It’s a not dissimilar project to his recent exercise in poetic nostalgia Lives of the Poets (Wellington: Victoria University Press, 2010), in fact. In both book and album, Newton tries to set up a context where he can wallow in self-indulgent passion while at the same time framing and fixing his emotions critically with a cold, calculated eye. Whatever the explanation, his CD has been going around and around on my stereo since I bought it the other day.

Another purchase at the same time was American poet Lisa Samuels’ double-CD Tomorrowland (Auckland: Deep Surface Productions, 2012 - the cover art, Hieroglyhic Night (2008),  is by Camille Martin). This is a reading of her 2009 Shearsman volume of the same name, with musical soundscapes by the author recorded and mixed by Tim Page. It’s nice to listen to, too.

What was really striking about it, though, was at the launch (which took place at that recent Short Takes on Long Poems symposium you’ve already heard so much about from me and others), when Lisa started to read and improvise over the top of her recorded sound-text. Now that sounded really interesting: bizarre and heteroglossic glissades of words and phrases, producing a kind of multiplex of infinite possibilities. I immediately made a mental note of that idea for future performances: Beckett did it already, of course, in Krapp’s Last Tape, but why not overlay one’s own voice over a recording of one’s own voice if you too want that “eerie” (Doc Drumheller’s word) effect?

Going back a bit in time, I have to say that I hugely enjoyed Charlotte Yates’ two NZ-poetry CDs Baxter (NZ: Universal Music Ltd., 2000) and Tuwhare (NZ: Universal Music Ltd., 2004), where the poems of (respectively) James K. Baxter and Hone Tuwhare were set to music by well-known New Zealand recording artists. I also like some of the more radical free-noise experiments included on the CD attached to brief #36 (2008) – The NZ Music Issue, edited by Brett Cross and local indie music legend Bill Direen. The New Zealand sound poetry back-catalogue is beginning to look pretty impressive. 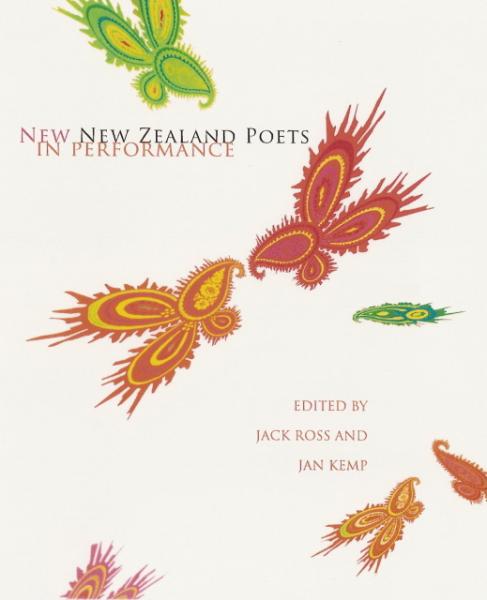 Five years ago, in 2006, when Jan Kemp and I began to publish our series of AUP anthologies NZ Poets in Performance (based on two massive recording efforts carried out in 1974 and 2002-4), we ran into a lot of fuss over the precise definition of the word “performance.” Some reviewers thought that only a recording of a live reading, complete with audience shuffle and laughter, qualified as a genuine performance: “The collection (and the subsequent volumes) might more accurately be called ‘New Zealand poets in the studio’, rather than ‘in performance’,” as Jacob Edmond put it in a piece entitled “Not So Hopped-Up” in the Journal of New Zealand Literature 25 (2007): 164-73.

I have to say that that seems to me an increasingly daft restriction on the meaning of “performance.” Of course it’s a different experience to listen to a studio album or a live recording of essentially the same body of work. They offer quite different possibilities – the rawness and spontaneity of the latter as against the studied layering of the former. I do agree with Jacob, though, that the future of poetry recordings lies in an immense expansion of the number of approaches and experiences available. It’s nice to see so many New Zealand poets and sound artists experimenting with those ideas right now.