The first thing that I do whenever I go to a poetry conference or symposium is to make a beeline for the booktable.

This is, admittedly, because I generally have a backpack full of my own wares which I’m hoping to flog off to the unwary, but my main motive is actually a strong desire to see what oddities and rarities the others have brought along.

Far more of us than would care to admit it have a cupboard full of old back-issues of magazines and boxes of books from defunct small presses who have gone belly-up. Who else is going to be interested in such things except other writers? Librarians? Antiquarian book collectors? Academics? Funnily enough, I never seem to see any of them putting their hands in their pockets on such occasions. 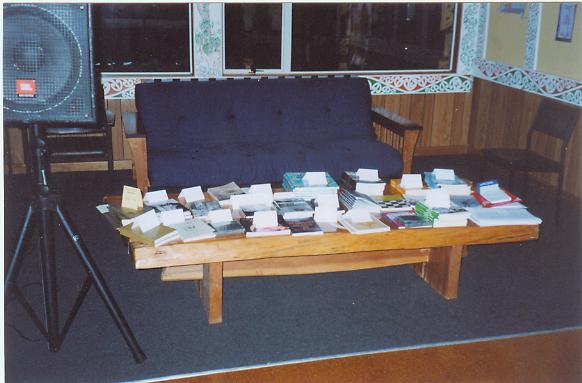 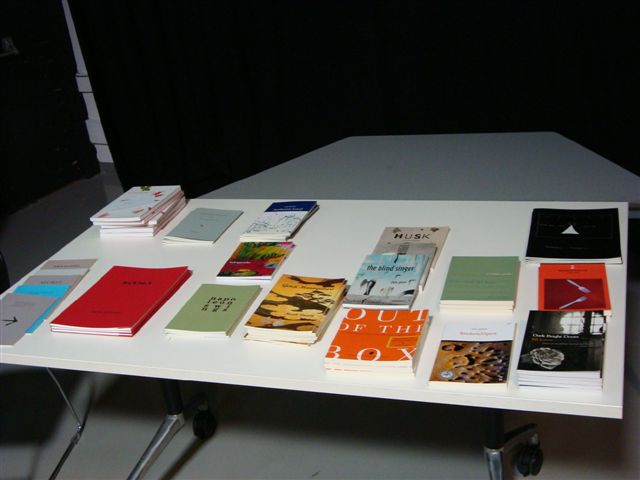 Here’s the booktable in Old Government House, Auckland for SHORT TAKES ON LONG POEMS: A Trans Tasman symposium at the University of Auckland (29-20/3/12): 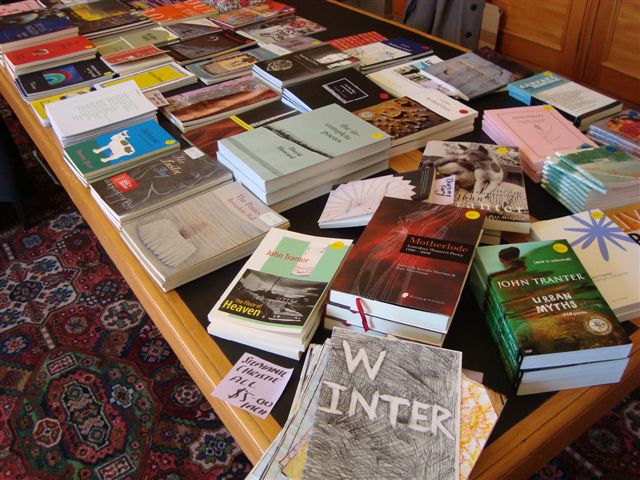 Let’s face it: with certain (very honourable) exceptions, poetry doesn’t sell. Some of the poetry we love the most has qualities which almost guarantee a lack of market appeal, in fact. A simple survey of the books put out by the major publishers will therefore seldom be a reliable guide to what’s “really going on” in any country’s poetry scene. Hence my interest in small “my basement” presses, fly-by-night publishers, and erratically available imprints. What better place to find them than on such a table, with their authors and proprietors generally close to hand?

The poetry “mainstream” in New Zealand publishing consists, first of all, of the major University presses: AUP (Auckland), Victoria UP (Wellington), and Otago UP (Dunedin). Then come the occasional books issued by the New Zealand branches of publishers such as international giants Random House or Penguin Books, not to mention local specialist publishers such as Craig Potton (Nelson).

After that the picture becomes considerably more complicated.

There are the smaller independent publishers such as Cape Catley (Auckland), Steele Roberts (Wellington), Michael O’Leary’s ESAW [The Earl of Seacliff Art Workshop] (Kapiti Coast), Mark Pirie’s HeadworX  (Wellington), and  Titus Books (Kaipara), each of which have issued distinguished lists. A newer addition would be Helen Rickerby’s Seraph Books (Wellington).

After that, we come to what is to me – I must confess – the area of greatest interest: the artier, “fine-printing” presses, the ones whose every production is a conscious artistic statement. These books tend to be slimmer, pricier, and far, far more quirky.

Who am I talking about? Well, I guess the king of the hill would have to be the Holloway Press. Founded by Peter Simpson and Alan Loney at Auckland University in 1994, it continues to publish ornate and expensive poetry and art books. It’s a worthy successor to a grand tradition of such presses in New Zealand literary history: Alan Loney’s own Hawk Press, of course (together with its successors), or the  Gormacks’ Nag’s Head Press.

Let’s see. There’s Brendan O’Brian’s Fernbank Studio; there’s Pania Press, the imprint run by my wife Bronwyn Lloyd (with occasional editorial input from me); till a few short months ago, there was Dean Havard’s Kilmog Books, a hugely productive and imaginative press based  in Dunedin, which has been driven under by lack of official funding and (one must admit) by the apathy of local book-buyers.

That’s really the point of this piece, in fact. What small presses, as a rule, really lack is not quality – either in contents or design – it’s distribution. Networks of friends, loose alliances between the proprietors of like-minded presses, can make up for this to some extent, but in a retail climate which is now almost exclusively dominated by “sale or return” for the prodcuts of indie presses, most of us feel distinctly reluctant to trust our precious limited-edition books to the back shelf in some huge megastore.

So for the moment you’ll continue to see me running over to the booktable at any reasonably large poetry festival with a big wad of cash (a word to the wise: booktables seldom come equipped with eftpos or credit card facilities – if you’re serious about buying, come prepared) .

And finally, intensest apologies to anyone I’ve inadvertently left off this list. If you’re a small poetry publisher, and you think you should have been mentioned, please do write to me and I’ll try and make up for my oversight in a future post. 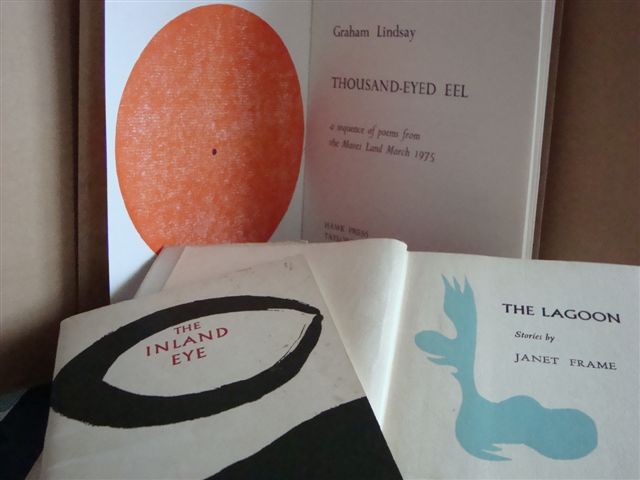